Can anyone from Niantic check my profile? 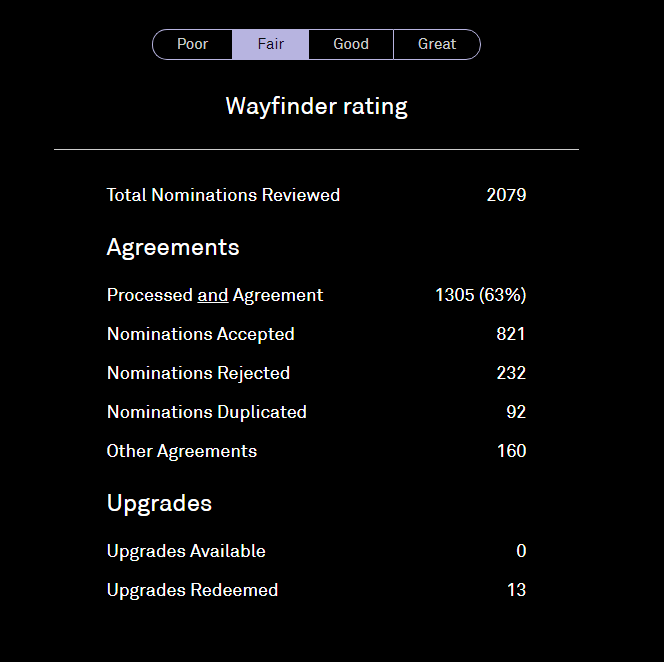 It's been forever, since was a huge wave people getting "red" at the end of april, I've got also after review option was added to pokemon go 38 lvl players. Which also caused many legit nominations to be declined at the same time, not just me but whole community. After that I've searcher on reddit and twitter on what happened, the answer was "just keep on reviewing, and you'll get green". To be fair my enthusiasm dropped a lot after that, but still i get 2 upgrades, but still in red. It's more then half of year, there is no way i have not enough reviews done, to be back in green..