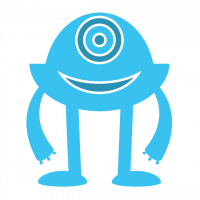 I'm hoping to get some feedback.

I originally submitted the marker with this photo that shows the ESCC letters but unfortunately as it is so old it is looking a bit shabby, so this was the best I've got so far:

pavements all around the close (see supporting image, the marker is

Not visible on Google maps as there is car in the way, unless you change

the link for proof of the marker on Google Maps:

Rejected before due to bad photo, so I have taken a new one that shows

the lettering. Photo can always be updated in future if needs be

(according to Niantic forums)

I know my supporting photo isn't great, but the stop was rejected for being on 'private' land. The marker is actually on the other side of a fence that is NOT in private land and is on the grass verge, much like many other markers/post boxes and signs in the area.

I also added a link to Google Maps Street view from 2009 which shows the marker as it isn't visible on the latest street view image.

What could I do to help support this stop?