Waiting Times and the Distribution of Reviews .... dead cells

Since lots of threads in the general section got lost, I will renew this thread...

Part 1: Analysis of the Distribution of the shown review candidates

The following maps show a heatmap of my last ~1500 reviews and a map with a S2 level 6 grid and the marking of my location. I havent set a home nor a bonus location. So you should see the following:

Most of the reviews come from the own level 6 cell and the 8 surrounding ones.

Comparing the different zoom levels one should see that inside the marked 9 cells is a higher density of reviewed candidates than in the surrounding area. The only clusters outside are around bigger cities. 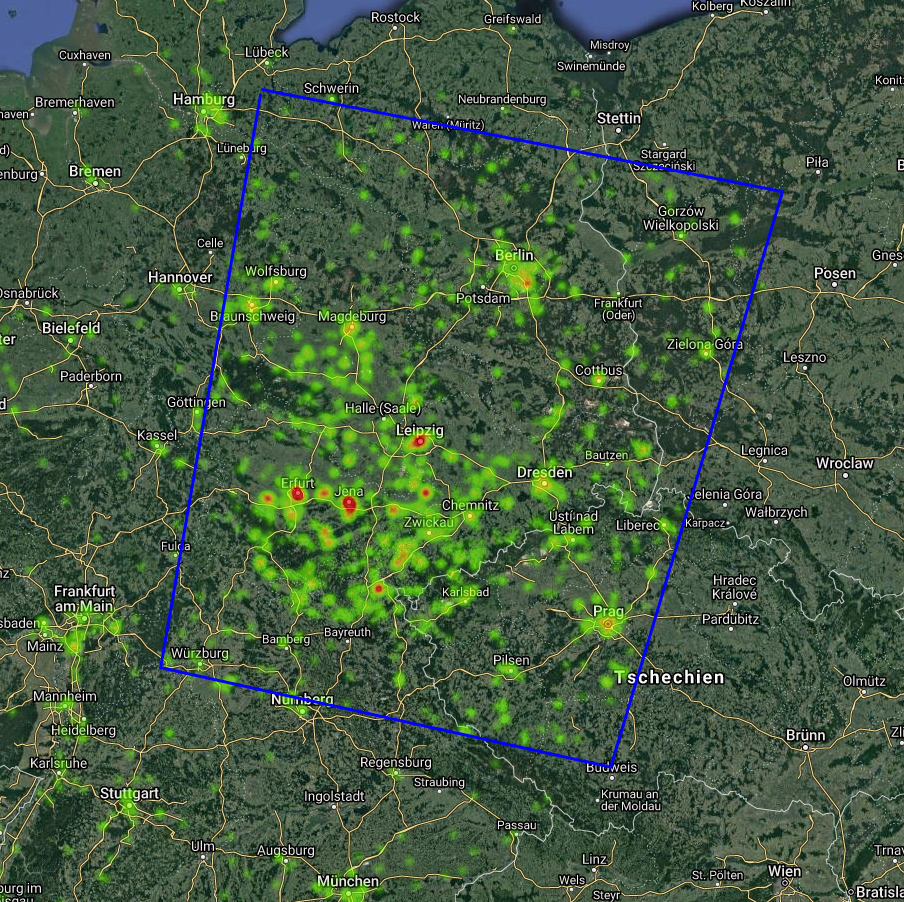 A second thing to observe here is, that all the candidates outside of this 9-cell-box are from Germany, or at least very close to the border. So evry candidate from Austria, Switzerland, France, Belgium, Luxembourg, Netherlands or Denmark were not deeper than ~10km away from Germany. So there seems to be a cell based geofence, that blocks long range submission to be from foreign countries. I would assume cell level 9 for that algorithm, because of observations discussed later.

While the rule of thumb with the 9 cells is very old, the geofence is comparatively new. The rule of thumb existed already during OPR times (reviewing platform before wayfarer) before Upgrades were released. With the release of the Upgrades in early 2019 came lots of long range reviews. The farthest I can remember was something from the border between Poland and Belarus, also I remember stuff from Warsaw or Brno, which are now out of range. So the geofence should have been introduced together with wayfarer or only few months later.

Another thing to mention is, that its very likely, that most of the long range reviews (outside the box) are upgraded ones. The observations to proof this also go back to OPR, but already while PoGo was allowed to submit. What I saw back then was, that during a longer reviewing session the candidates got more regional at some point. I recognized this because I had to review my own PoGo submissions from regions with fast timescales. They appeared more frequently after a few hundred straight reviews. So I interprete this behaviour as "crawling through the updates". Since PoGo players are allowed to review, I didnt notice this again. I think because there are way more upgrades in the system now, and Nia changed something in the prioritization of Upgrades during February 2020.

The following picture shows how the reviewing times are in the regions where I and few close friends submitted lots of wayspots, the grid is Level 9 (~20km edge) and level 6 (~150km) : 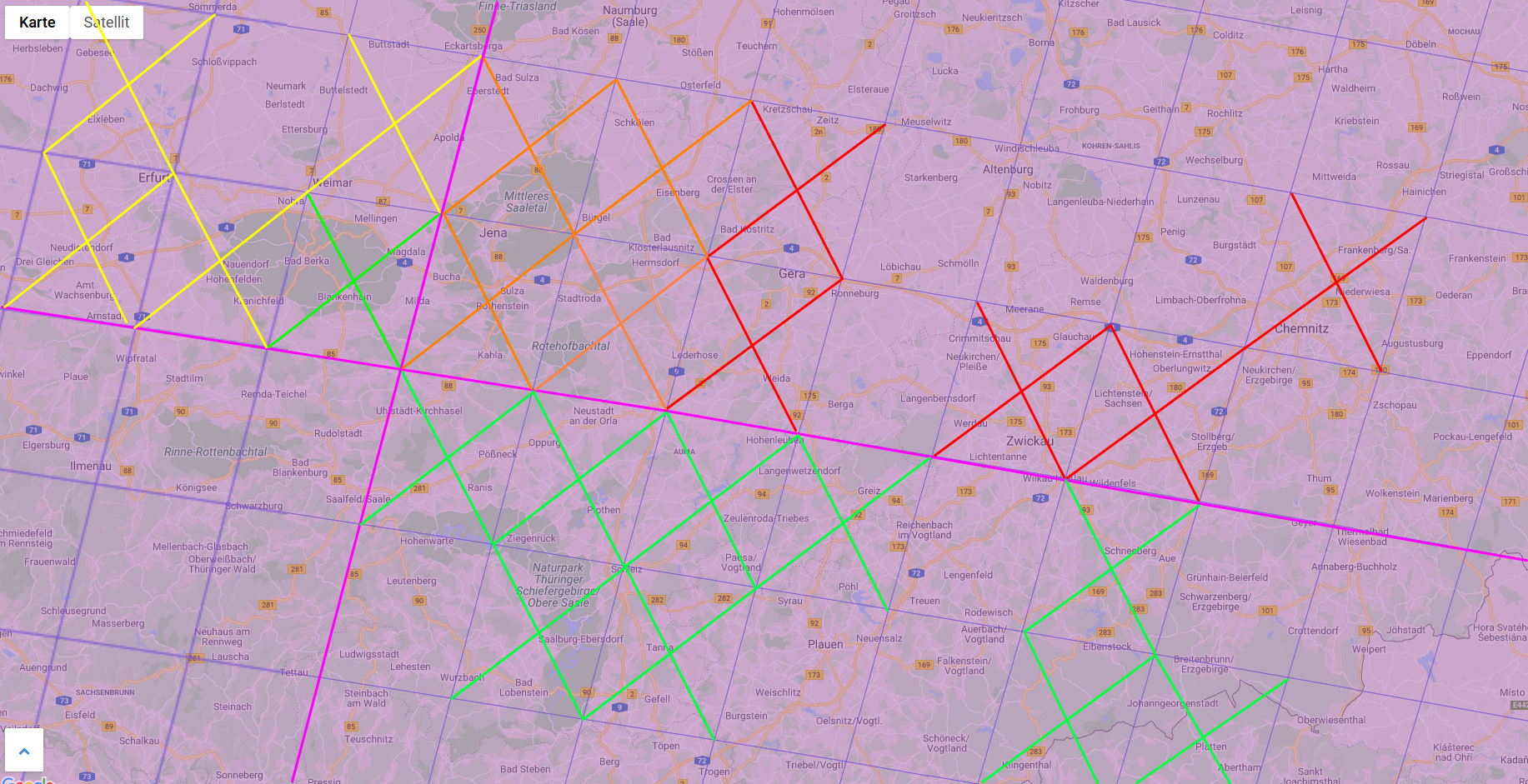 The orange marked region is kind of special. Usually it behaves like the red marked regions with disastrous waiting times, but during few events it woke up and behaved like the green area for few weeks. Those events were the activity waves during Upgrade release, during wayfarer release and partially during the first weeks of the 1st Covid-lockdown (march 2020).

So one can see, that level 6 and level 9 cells have an impact. The impact of level 6 is a direct consequence of its role in the distribution algorithms from above and the picture shows this too, but it can differ on level 9 scale more than in my example region. So for example in Rhine-Ruhr-metropolitan area (Dortmund, Cologne and other cities there) or in the region around Frankfurt, there are higher impacts of the level 9 cells than in my region. But also for my level 6 home cell (with the orange and red marking) there are differences: not only the orange region changed its behaviour, also the whole north of the level 6 cell isn't as dead as the south. Afaik the town Dessau-Roßlau has timescales of a few weeks.

So there is the assumption for further prioritization:

The algorithm compares the absolute number of wayspots in a level 9 cell to those of its neighbour cells and prioritizes the region with less numbers.

One big hint for this is, that costal regions are very prioritized. In the water are no wayspots, so this helps those cells a lot. Only outliers there are costal cities like Hamburg, that are huge enough to cause a drop in their surroundings. In my region it's a similar situation - the orange/red region has 4 bigger cities lined up in its south: Jena (115k inhabitants), Gera (95k), Zwickau (95k) and Chemnitz (250k). Besides this their surroundings are also dense settled, because of a mining history in those regions. In comparison to this the green cell south of this region has no cities of that sizes, there are more mountain ranges and forests - so way less population and way less total wayspots leads to way more prioritization by the algorithm.

A candidate, that has wayfarer status in voting, blocks candidates in neighbour level 17 cells to switch from in queue to in voting, except for upgraded ones.

Looking at my own submissions this is totally true. In my home village I submit lots of candidates in neighboured cells, and I puzzled over the ridiculous switching between in queue and in voting for a long time. Some candidates switched instantly to voting, some needed lots of months for this. So few days ago someone dropped this theory, and it fits all my pending submissions states.