Am I doing something wrong or just bad luck of nominators?

Good morning and a happy new year to all!

In October I reached level 40, I've only just started nominating Pokestops in my nearby park. I was on a good streak and managed to get a few pokestops added and the park got its first gym, I then renamed the gym to include the word 'park' and hey presto, it became EX RAID.

Now my luck seems to of turned to the negative side. I've had a few rejected and I'm not sure why...

My first one is a Wooden Marker post that marks the entry to Daisy Dip Park, the first time it got rejected was on the grounds of "Generic Business or Restaurant" and no further information provided. So a few days later when I revisted the area, I checked the distance from the nearest Pokestop, which is across the road, it is just outside the 20 meter range for ingress (I do play it) and I checked that it is in its own cell as seen below. I thought GREAT!, I can submit this and it will pass.

Then it got rejected, this time as a "Duplicate". I thought to myself, they're not even checking the photo or street view as per the guidelines. The one across the road has a bus stop behind it (see second image below). This image is now in Ingress as an alternative picture to the stop across the road.

I name them after the compass direction to avoid any confusion over duplicates, even though the pictures should be more than enough to say they're in different locations. Also 2 of the 4 are already accepted in Ingress & Pokemon Go. I did submit a third one but that too was rejected but I will not be resubmitting that one as it won't appear in either game as its within 20 meter rule of ingress and a pokestop already belongs in that cell. 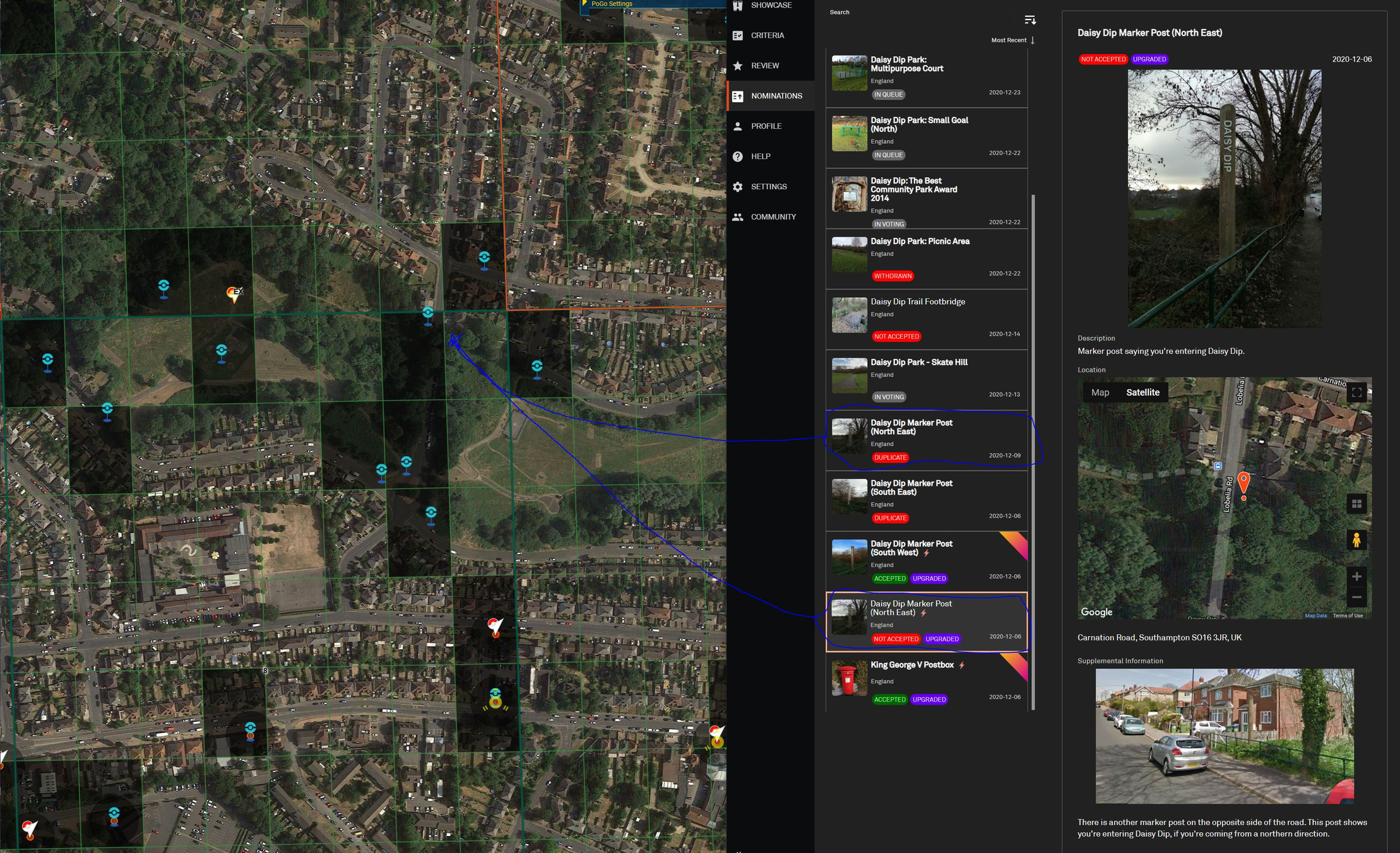 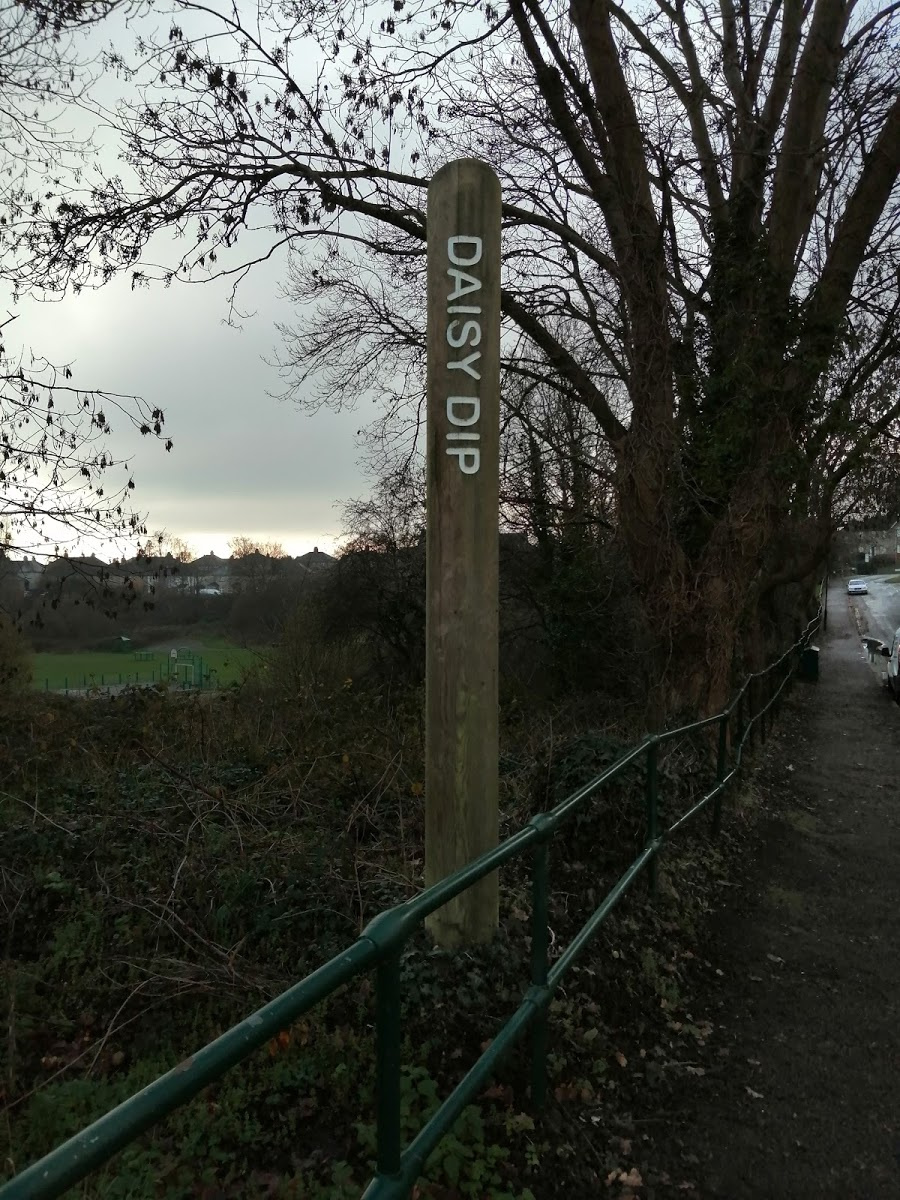 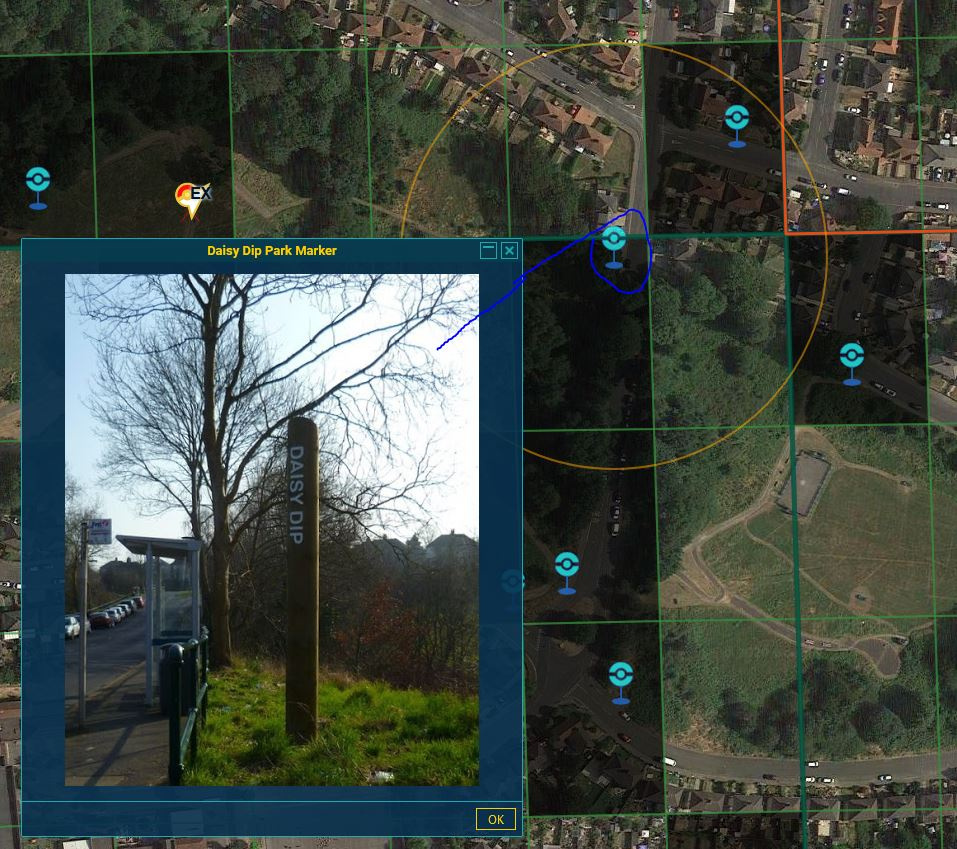 Now for my second submission.

If I recall, footbridges are now accepted as part of Pokemon Go as of October 2019 (Correct me if I'm wrong?). So again I thought "Great, I'll head down to the park again and submit some more". There is a wooden sleeper footbridge that follows the Bassett Greenwood Trail. It got rejected on the grounds of "Nomination does not meet acceptance criteria". Sadly some of the bridge rails got stolen for scrap metal overnight but that is a different story for a different day. 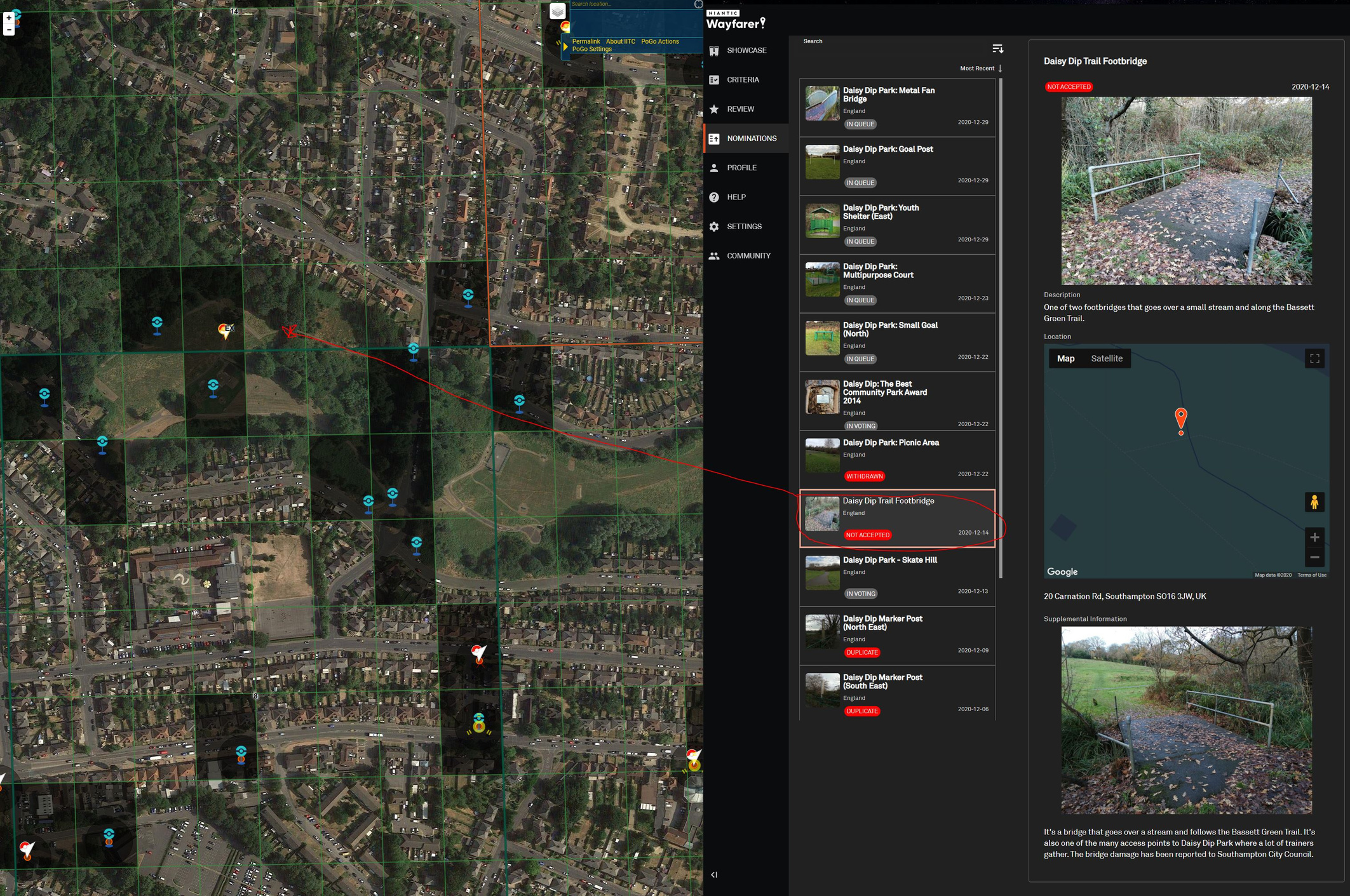 I have started adding the link to the trail, which mentions the "boardwalks and sleeper bridges" to the description but by the time I got home to add it to the footbridge one, it had already gone into voting. But this is the link I refer to now in new nominations along the trail: https://www.southampton.gov.uk/people-places/parks-open-spaces/wildlife-greenways/greenways/bassett-wood-greenway.aspx the link also contains another link highlighting the park and woodlands.

I have even created a few sphere photos acround these locations, which can be found on Google Maps.

If any further advice on what I so should do/add/remove to make these more noticeable to reviewers, it would be most welcome.