A Person Having Their Own Wikipedia Article Means Their Memorial Should Be Accepted?

This is what got rejected as not meeting criteria, and at least one person thought a Churchyard is "private residential property". If a reviewer believes the marker is slightly wrong, that can easily be fixed in the review process. However, I put the marker next to the memorial, which is next to the Church, so I don't see what the issue is. The man is a pioneering cricketer who was born locally. Not sure why it was rejected. 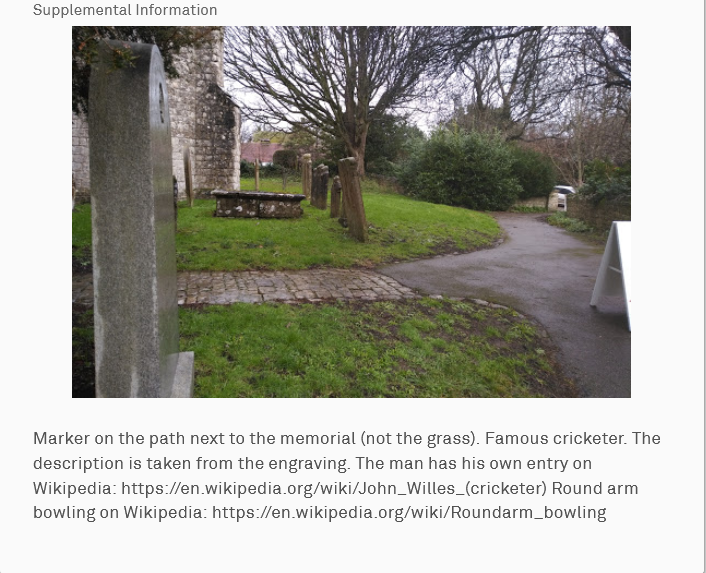