This is about the consequences of how Niantic uses large scaled S2 cells in their review distribution and prioritization algorithms.

If you aren't aware of how this is done, please check out:

Since Niantic doesn't want to talk about their secret cell recipes, we saw there two important things:

Bullet point 1 may be only technical way to implement any kind of distribution algorithm, so it's okay for me, if that's all. The real problem is bullet point 2 .... comparing and (de)prioritizing neighbor cells simply based on their already existing wayspot numbers in them is a very stupid attempt...

Part 4: The problem of the prioritization based on absolute wayspot numbers

The map of the reviewing timescales of my region, based on Level 9 and Level 6 grids: 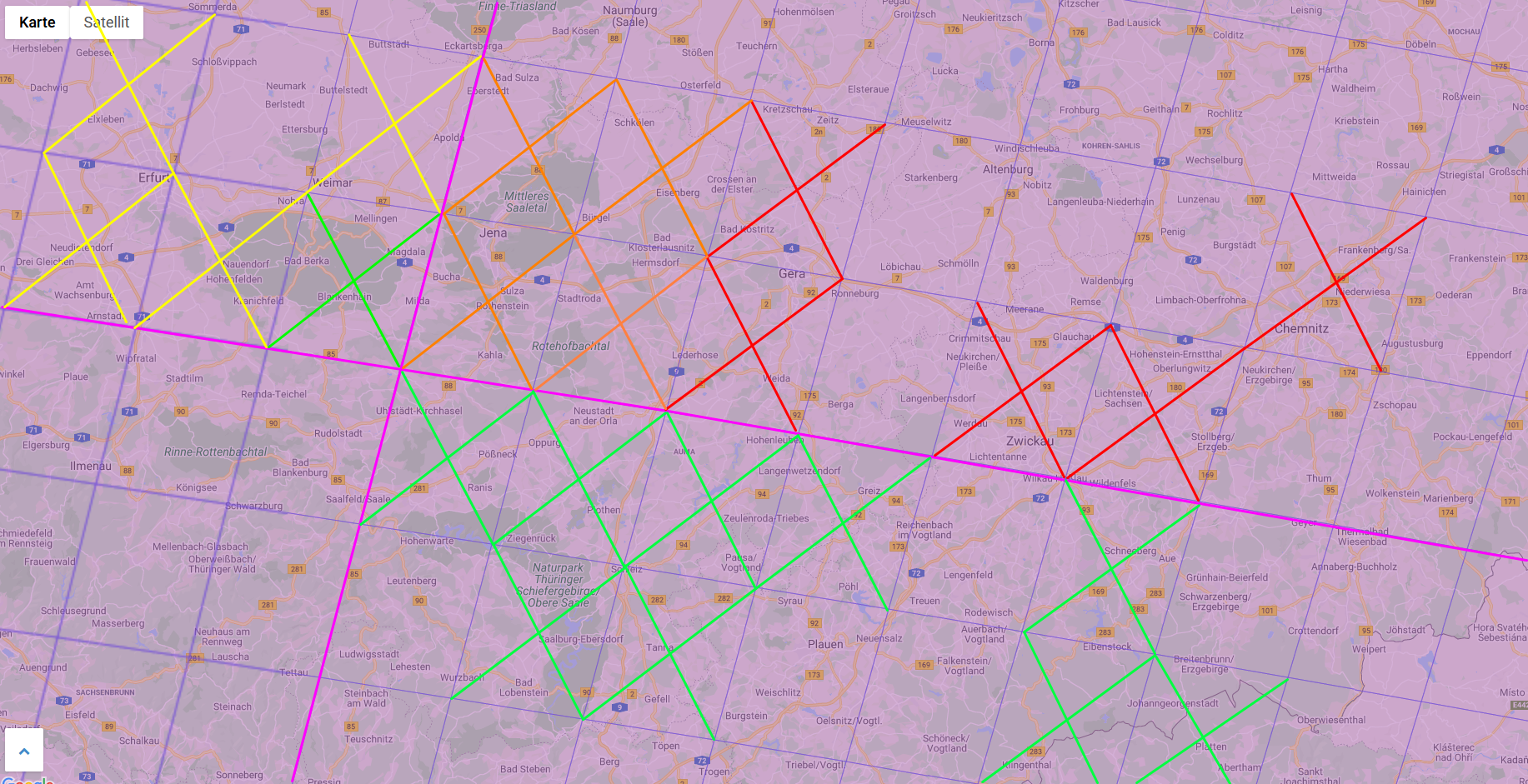 So let's have a deeper look at how the region around the red cell area looks like: 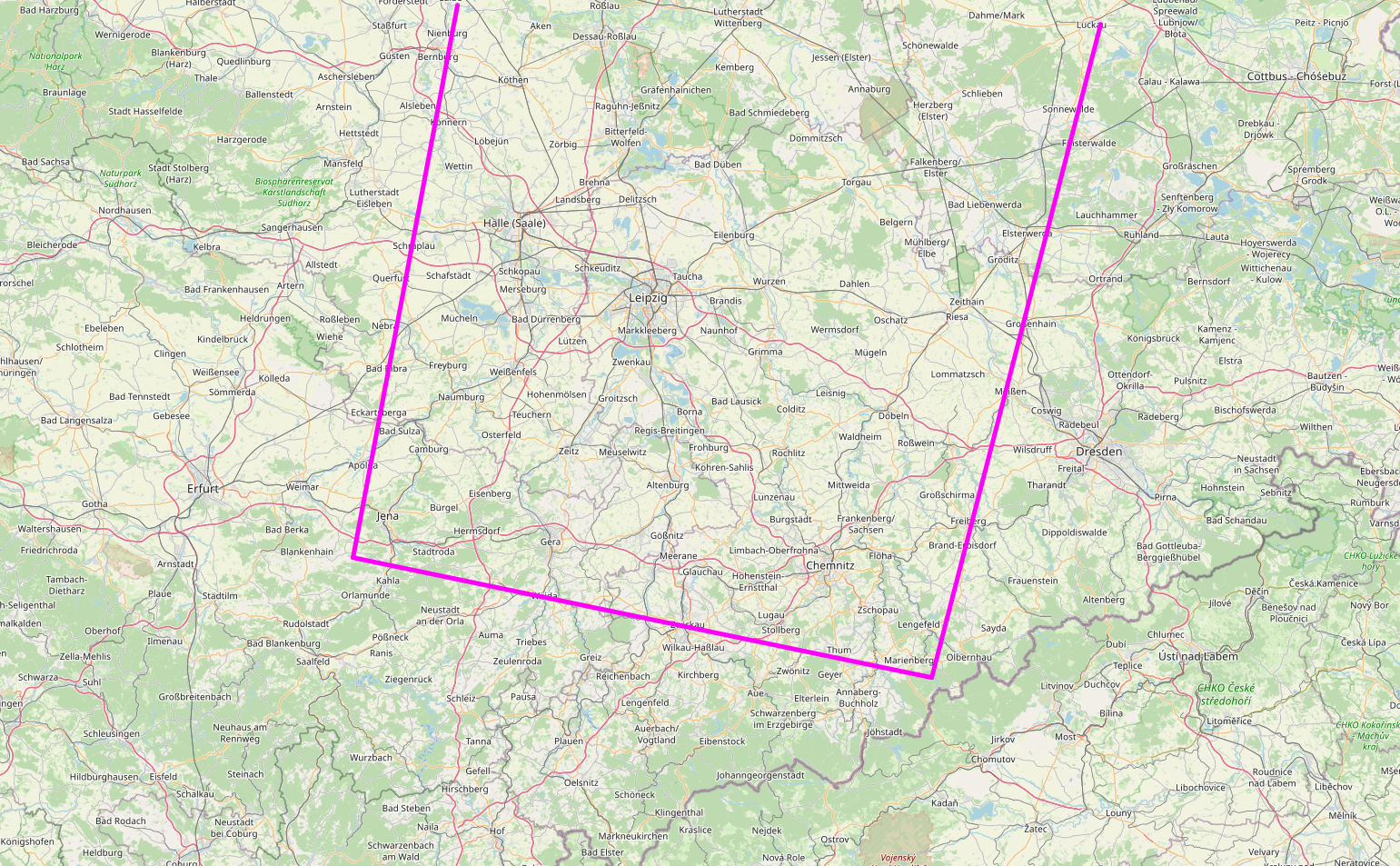 You can easily see, that the south of this level 6 cell is surrounded by a lot of green area. In the south west there are the mountain ranges Thüringer Wald and Thüringer Schiefergebirge. In the south east the Ore Mountains (Erzgebirge). In the north west are the Harz Mountains. So at these places is a simply a lot of forest. The green area in the north east is Brandenburg, the plain and very rural region around Berlin.

So since this is a OSM map, you can see, that this beige/fawn color is a hint for a lot of agriculture area. So you can easily see, that the south of this S2 level 6 cell is very dense populated, compared to the surrounding regions. So here a map of population density in Germany: 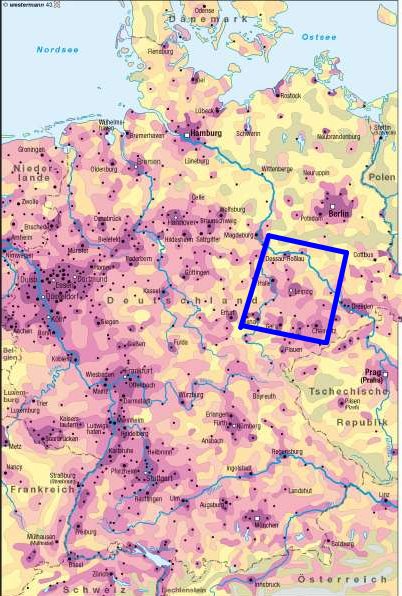 Now the big problems with the prioritization:

Whenever a cell has a very high population density, then it would have also a lot of wayspots or at least wayspot candidates. But this should not be criterion to determine, whether a region should get prio or not. If you have a higher population density somewhere, then there are more potentially reviewers. Those relations should be roughly proportionate. So there is simply no need for Niantic to prioritize something, because those numbers would be in a fragile equilibrium.

The very special 2nd problem of my region:

The Level 6 and even the Level 9 cells are way to big for this prioritization. Central Europe has small towns and villages evry few km's. So lots of small towns share a level 9 cell (roughly 20km) together with a bigger city. Someone in another thread wrote few weeks ago: In America 100 years is a long time, in Europe 100km is a huge way. And that's it.

How our towns and villages are grown and how this effects the daily mobility of our people is totally different here. So these cell sizes are somehting like a group punishment for our rural regions. There are lots of small villages, where even the church isn't a wayspot, but they are totally ignored by the algorithm, because there is a big town 20km away.

This cell grid size may fit other parts of the world, for example the US or Australia, how @HaramDingo-ING s great post here shows for Sidney,. There is a decent prioritization of the rural area, but the city's performance is still okay in terms of reviewing timescales. I think this is, what Niantic wants, but my own example is how broken this sytem can be, too: two large scaled neighbor regions are divided by a over 100km random line. North: a reviewing timescale of years, and south: few days ....

We all know from own expierience and from lots of threads and discussions in this forum, that Niantic has a big problem to recruit enough people to do wayfarer work.

Which motivation does a person from a highly prioritized region have to participate in reviewing?

Nothing. Evrything there happens god given. They don't need upgrades. They can submit evrything as often as they want until it gets accepted....

Which motivation does a person from a region, that is considered to be a dead cell, have to participate in reviewing?

Upgrades are the only possible answer. But from our local expierience: Upgrades should only be applied to fool proof submission like churches or World-war-memorials. Otherwise they raise the chance for rejection enormously, if the submission cant convince the fools on first glance and without need to read the texts.

I dont know why this happens, but it's a real problem for us.

Further: the entry to the wayfarer world is submitting. Having more wayspots is a personal gain and a motivation for the system in general. But when those people do their first submission, and there is no answer for months, then there is a big problem. They forget or neglect it. There is a need for personal achievements like "my 1st approved pokestop".

Niantic already has to deal with the problem to motivate the people to overcome the first set of rejections, since most people will start their nominations with a lot of technical rejections like camera watermark, license plate rejections and so on. So there is need for something like a learning curve.

Where are achievements and the learning curve for those, who submit something and get their rejection years later?

2nd consequence: The rise of the faker towns 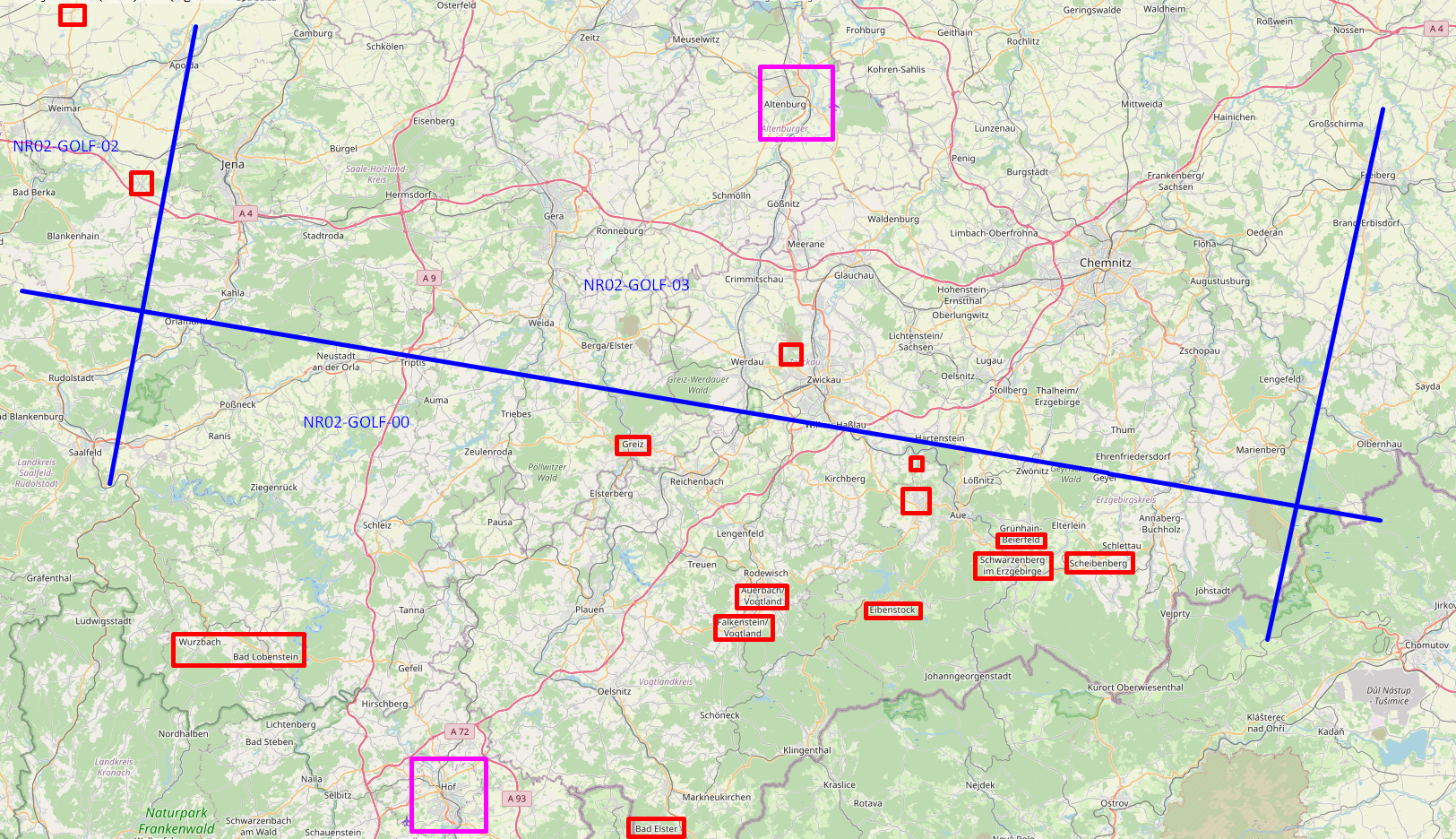 I don't want to say a lot about this.

Red marked: faker towns. The towns with the pruple marking are a bit special: there has been a lot of abusive editing to circumvent the Lvl17 rules for pokestops. This was still possible in the dead cell, because edits have a totally different reviewing time than new nominations.

Obviously there are lots of fake towns in the highly prioritized regions. The people there can submit their fake attempts again and again and again, until they find the bunch of reviewing fools to have their fakes waved through .....

And the part for gallows humor:

Reporting and appealing something takes way more time than the reviewing process there. They could have their fake wayspots faster back online than someone could do evrything to remove them ..... 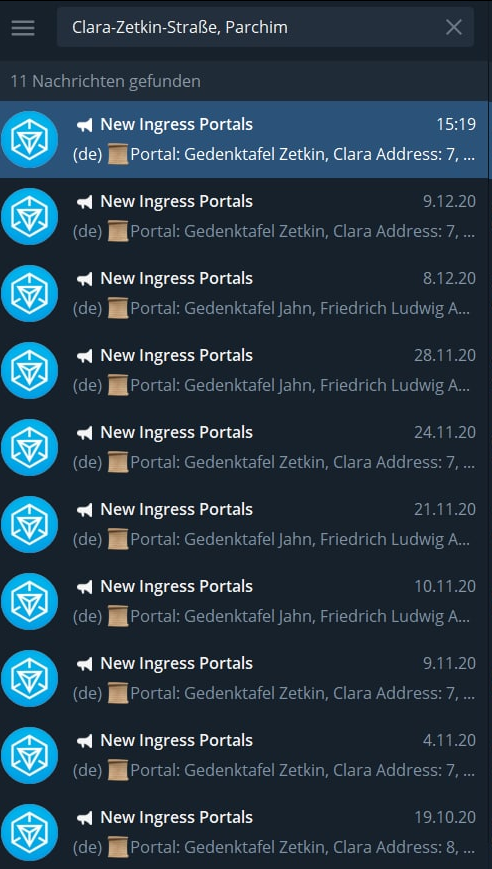 this is the frequency, how they appear and dissappear ....