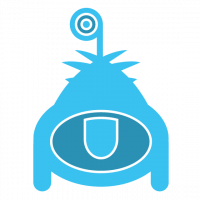 Ok, let's do a gedankenexperiment to see if we can understand how cooldowns may be working.

We postulate a finite number of frictionless spherical wayfarers, reviewing in the vacuum. They may come in one of two types: the dutiful reviewers, who do enough reviews to upgrade each nomination they make, and the occasional reviewers, which only do enough reviews to upgrade one in ten of their nominations. In all cases they have a 50% agreement rate, so they need 200 reviews to get an upgrade. Each reviewer nominates 5 wayspots per month.

Hey, you would say, but in your example there shouldn't be a backlog of months of PoIs in queue. So let's consider Sokovia.

So in Sokovia you need the 5.000 reviews to process the 5* nominations and you need an additional 7.500 reviews to process the 1* ones. In theory you have 13.000 available so there should be no problems, but because half of the dutiful reviewers were lost, you only have 10 reviewers that go through the entire pile. That's enough to process all 1* nominations but only half of what's needed for approving 5* ones, so they start to spend more time in voting, waiting for the occasional reviewers. Once enough nominations are stuck "in voting", lets say 50, no more nominations enter that state. The queue starts to build up and at the same time dutiful reviewers start running out of new nominations to evaluate. So, once again, they start receiving the "thanks for your effort" note.

So, as you can see, it's perfectly possible to have both a backlog building up and reviewers running out of nominations to evaluate. The only thing needed is for there to be less active reviewers in an area than needed to reach an agreement on the nominations.