I’m really upset after months of waiting and using my upgrade my nomination is denied for a BS reason “appears to be on private property”. This is a free little library new to the neighborhood from the pictures you could clearly see it’s on the sidewalk. Not to mention most free little libraries are on private property because they are put in place by the home owners. Since when are sidewalks private property. I’m very upset after reviewing close to 500 nomination don’t understand how this nomination was denied for that reason. Maybe one of you could shed some light and give any tips. 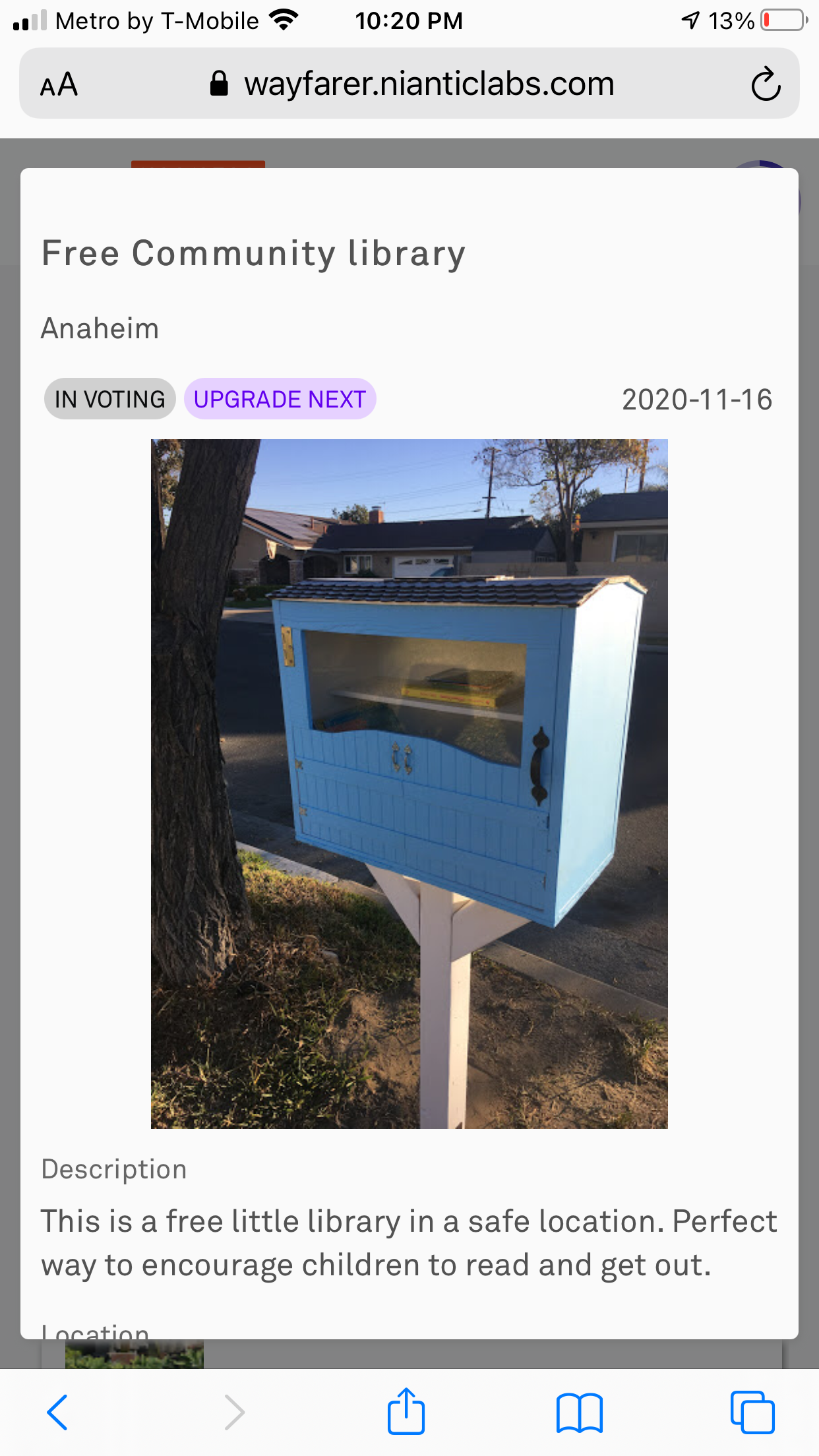 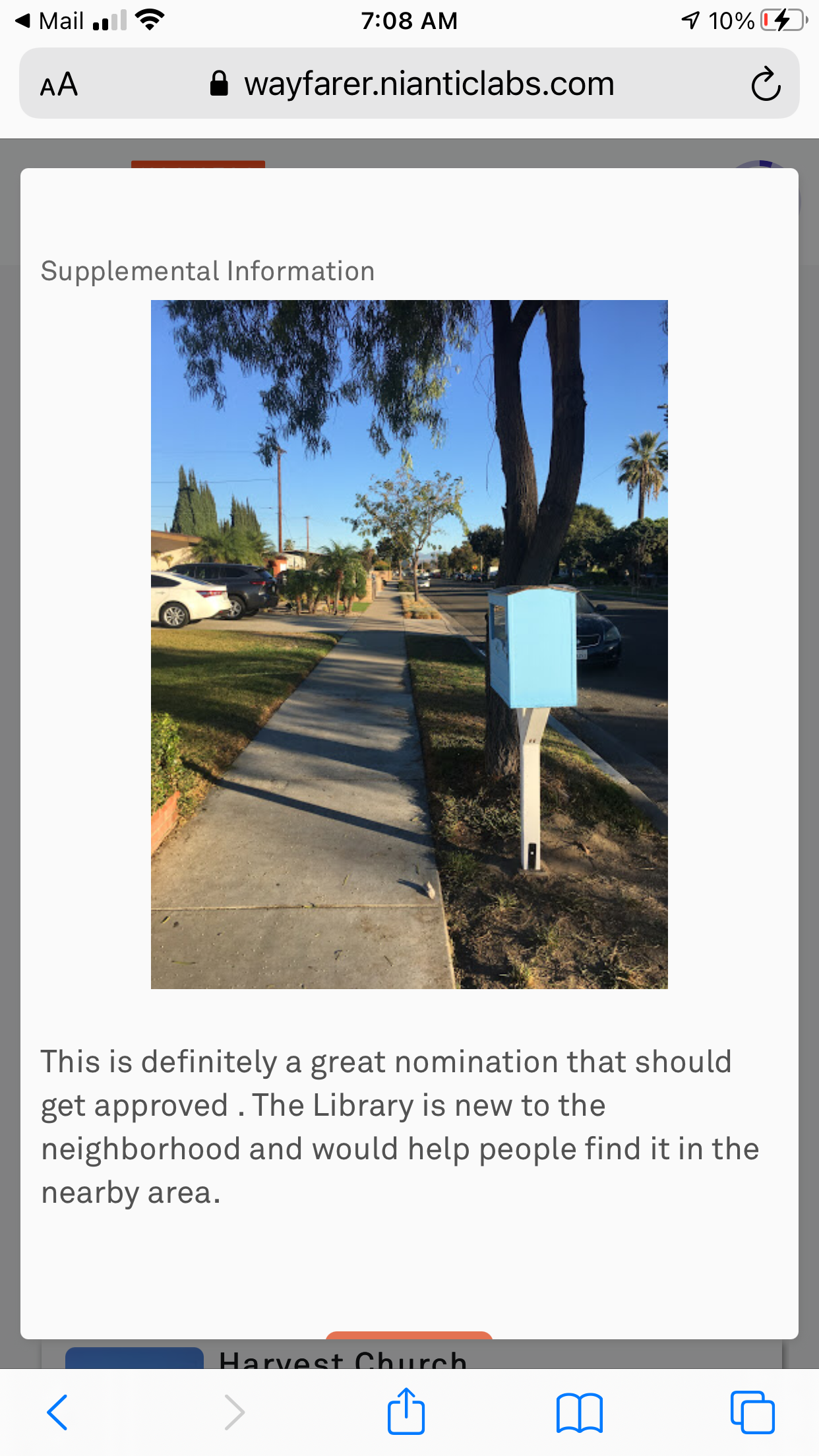 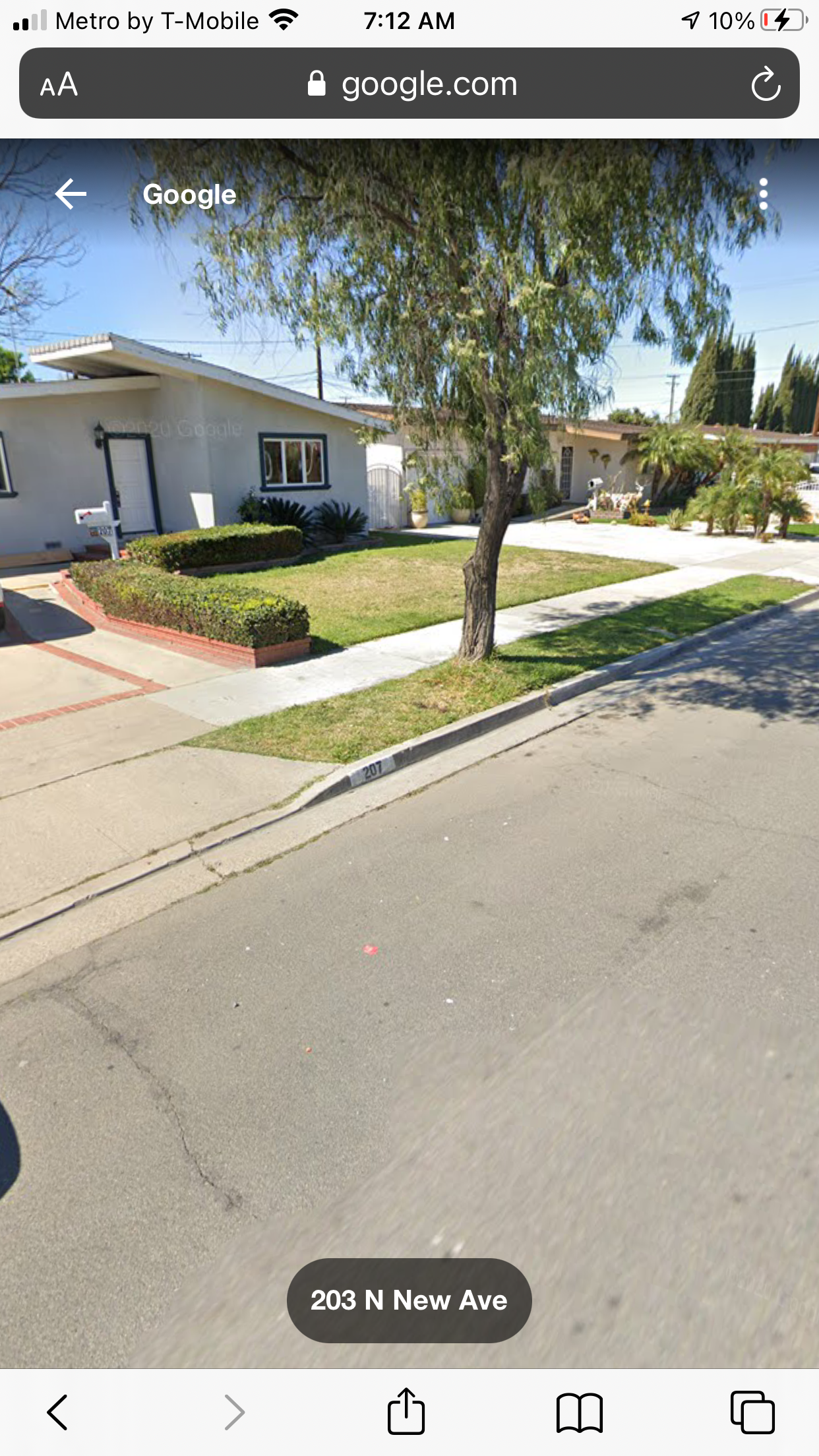