Why Wasn't This Trail Marker Accepted?

All trail markers for named trails should be 5*, so what's going on?

I can see no reason why it shouldn't be accepted. But apparently, this trail marker "does not meet acceptance criteria". There are no other trail markers from this trail submitted nearby it so it can't possibly be a duplicate either. Plus, the supplemental photograph clearly shows the curve in the path, thus showing it's where I said it is. 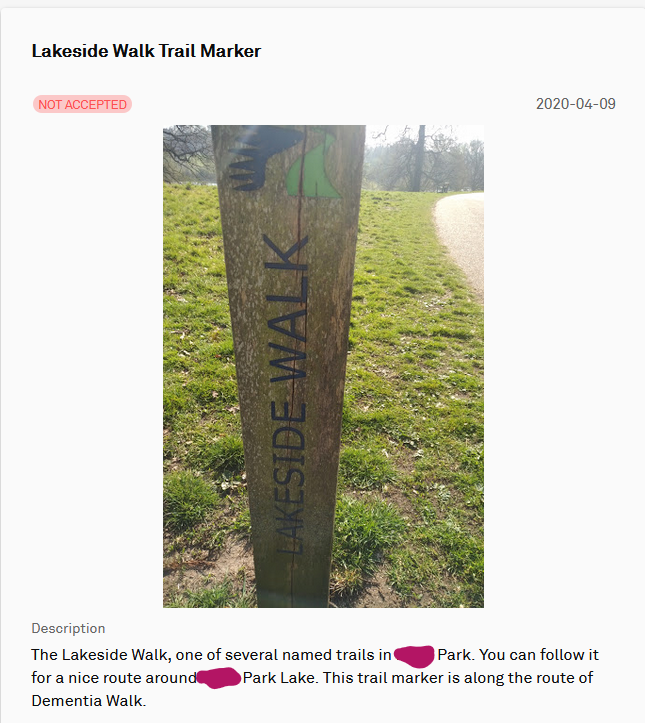 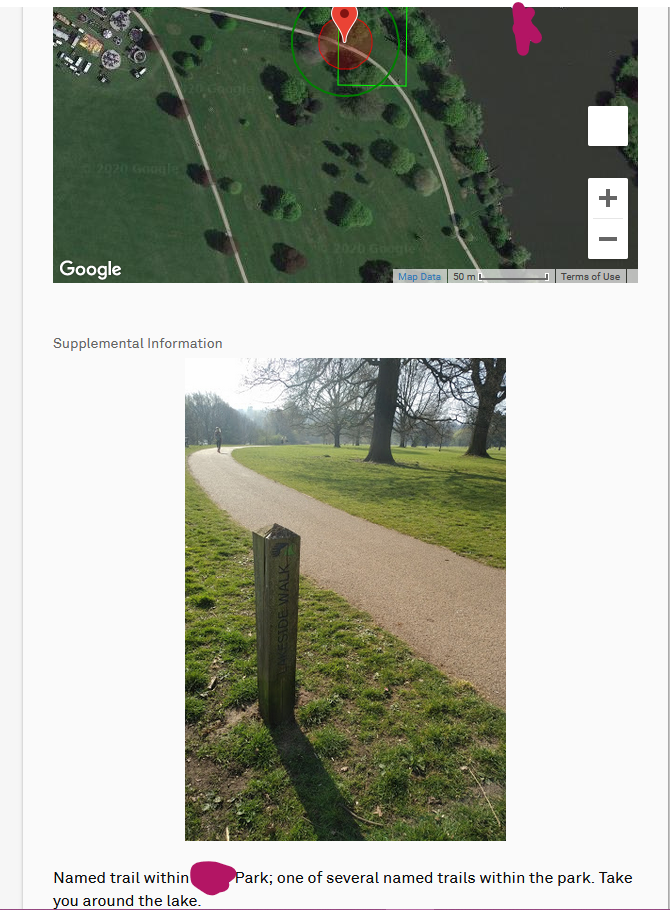