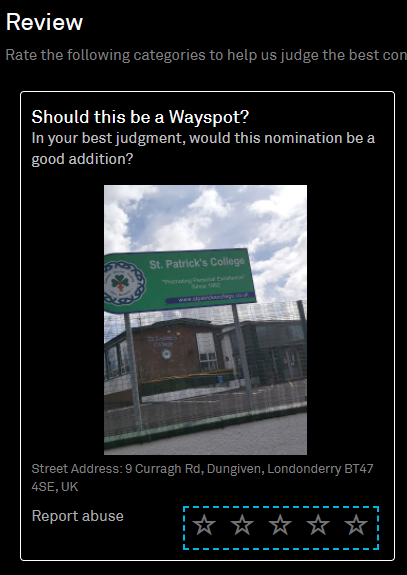 This review incorrectly gives the street address as "[...], Londonderry [...]". This is an error, and the city should be called "Derry". Thanks in advance.