Good morning, today I got the following email.

I sometimes move a nomination when it is in voting, but the few times I did it were for accessibility, for getting a more precise location, for cells (so that this nomination could appear in Pokemon Go) or for proximity to another wayspot (some nominations are located too close to another existing wayspots and as you know it won't appear in any game if accepted).

Since I don't abuse this, or at least I don't consider it as an abuse, I am greatly surprised by this email. The few times I move a nomination I try to do it responsibly so that most of the players can benefit.

Please, I require my case to be evaluated, as I do not want to be harmed if it happens again. At least I would like to know what nomination are you punishing me for, because otherwise I cannot defend myself, and I consider at least I should have the right to appeal. 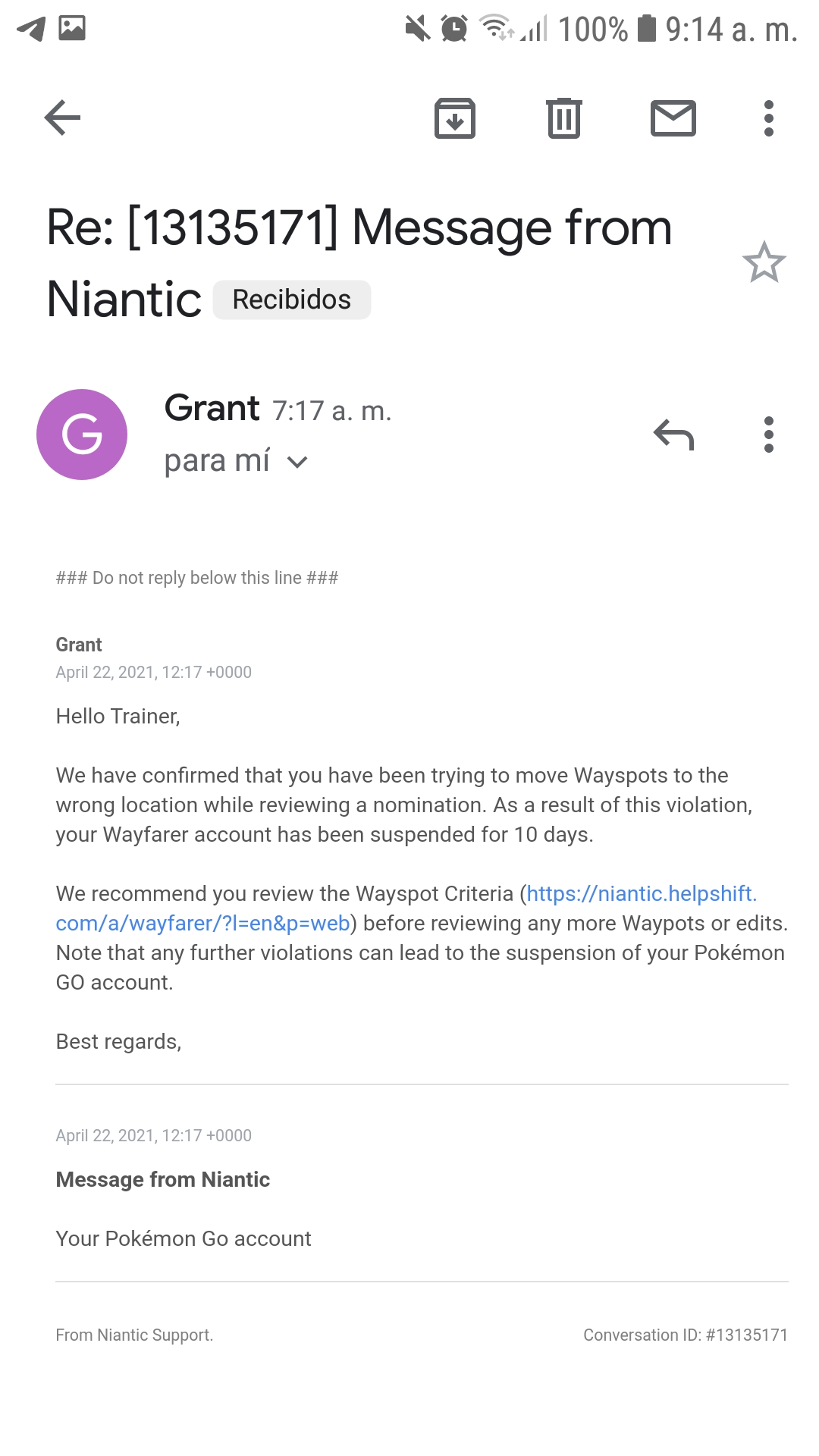