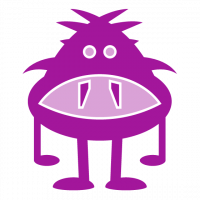 In Germany, a lot of streets that are named after a person (e.g. Mozart-Straße) or something with a historic/cultural background (e.g. Nibelungen-Straße) will have a small sign added to their street name signs, explaining the background of the name. They're educational, but quite common and usually visually similar to each other. Some streets might have them at every intersection.

Are they eligible, and if so, how should we handle multiple signs for the same street?