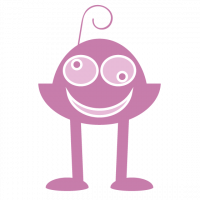 Before you all start to comment diligently: I only had the discussion yesterday in a different group and opinions differed widely. I do not intend to discuss this again, but I would like some clarification from Niantic.

Even if new wayspots there should be rejected with 1 *, old wayspots were allowed in military areas and are grandfathered as long as they do not hinder operations. Because soldiers have access, an example: a church on military grounds.

A wayspot on hospital premises is also permitted as long as it does not interfere with emergency services.

Niantic clearly states that wayspots do not have to be publicly accessible and that it is sufficient if a certain group of people, such as employees, have access.

So far so good, right?

But now I have an absurd example and I would like an official clarification and not wild theories. As I said, I had the discussion yesterday.

Every now and then a few fellow players had sports fields to evaluate - in the middle of a prison! We have never seen wayspots on such a site and we haven't given it much thought.

You may be thinking this is a joke, but yesterday a teammate got something really interesting to evaluate: a huge and real church in a prison!

Now the question arises: is this a valid wayspot?

Because according to the interpretation of the rules: It does not interfere with emergency services, the area is fenced with high walls, it is not public and prisoners (who are actually not allowed to have a cell phone), as well as visitors and prison guards / staff have access. How is it here? Accept or Reject? Common sense speaks slightly against it, but if you go by the rules it sounds permissible. In addition, this magnificent building was definitely worth a look.