Something like five years ago, a local elementary school classroom made it a project to paint waste barrels with information about local wildlife and set them along the trail. They've been here for years now, but the most recent one I submitted was rejected for the following:

So number one, the nomination is permanent. It is up year-round, and has never moved. Secondly, the street view for this area has not been updated since 2014. I'm going to submit a photosphere when I resubmit, but it's not my fault that Google hasn't been here for seven years. Finally, there is no visible body part. I'm really curious to know where that bit came from, because in the photo in my nomination, there's nothing to back up the final clause of this rejection. 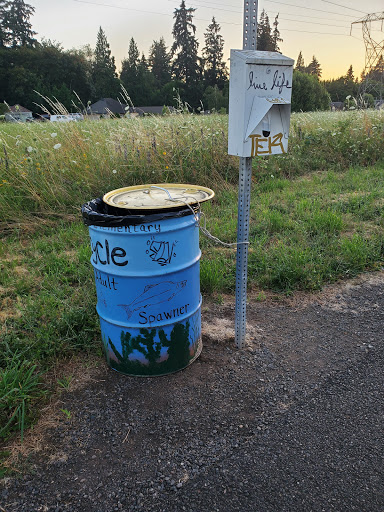 I'm only looking for clarification. I understand there are reviewers who fast-track rejections to reach more agreements, but there has to be a reason this was rejected that reflects reality.