Screenshot of the Rejection Email: -out of my actual range of movement-

The wayspot object is facade stucco and obviously the same. Often such facade stucco heads are common standard components from early 20th century, but this one seems to be an unique piece, since the stucco art covers the whole door casing and there are no gaps/joints. So there shouldnt be two of this kind anywhere.

Further: the location of the first mentioned is at east highly inaccurate. It's at a garage in the backyard - such kind of facade stucco is in nearly all cases at the street front of houses.The second one is most likely not the correct location, since this street is one of the main fake-habs in that faker town. Street already mentioned in:

Further there is a new wayspot in that Neighborhood, that is highly suspicious: 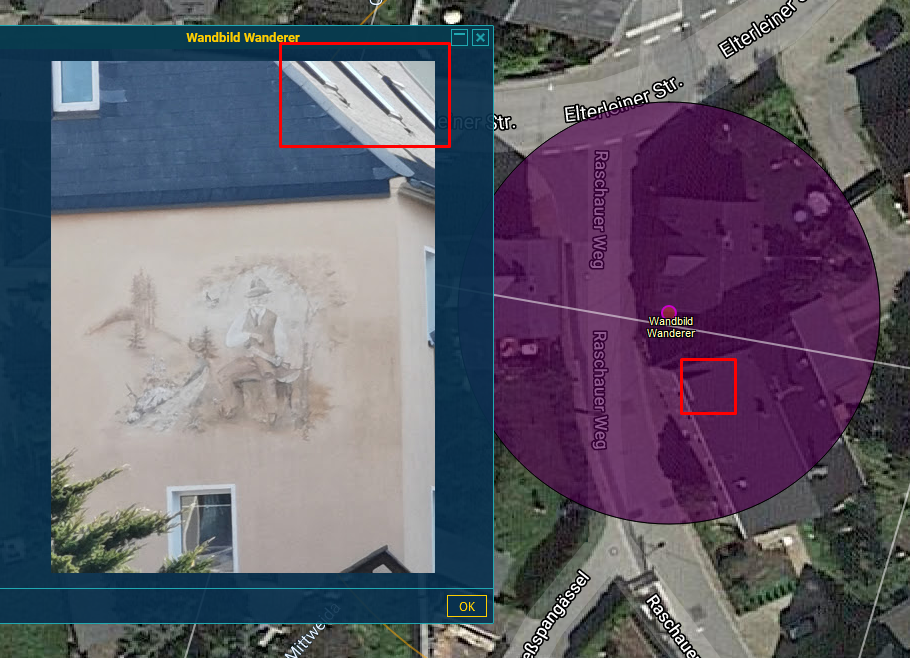 The roof windows of the portal picture and the dormer of the satelite view don't fit each other. So the mural is for sure not at this location.