Nomination rejections are too devastating 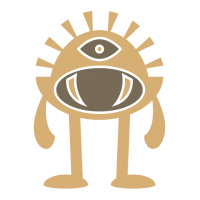 Looking around this forum, nomination rejections seem to be a popular subject. And no wonder! It's highly frustrating to be working in good faith to nominate a wayspot and then have it rejected without comment. The only recourse is to come here and discuss the nomination, or to try again.

Thing is, I see a LOT of in-game Pokestops in my area that have sketchy titles and unclear photos, but they make great stops! As a player, I've had nothing but fun with the inclusion of stops that have typos or weird photos. As a reviewer, those are some of my LAST priorities when reviewing a pokestop.

If an area meets the criteria and genuinely would make a good wayspot, if it's something like a basketball court that is a shoe-in, I honestly don't give too flips if it's got a typo or a weird photo. It's just so genuinely devastating to have your wayspot rejected after waiting forever. It's devastatng because of how long it might take to go through the process if you resubmit. It's devastating when you have a spot you genuinely believe in and put some care and consideration into, only to have a faceless entity tell you no, without a reason, sending you back to the beginning. It feels callous, like someone was just looking for a reason to tear you down, or like they just didn't put as much care into reviewing as you did submitting.

Disproportionately devastating, for the fact that it's just a game? Maybe. But devastating nonetheless.

So my idea here is a gentler approval process. If other parts of a nomination are solid, but something like the pic isn't, I don't believe a nomination should get rejected. I believe it should be kicked back for improvement. It should be a system that holds the nominator's hand and guides them through the issues with their nomination, instead of just a hard NO. I think the system should involve a review process that helps make nominations the best they can be, so that it is a process of being built-up. And if the nomination ends up being too problematic anyway? Then at least we gave it the best shake it could get.