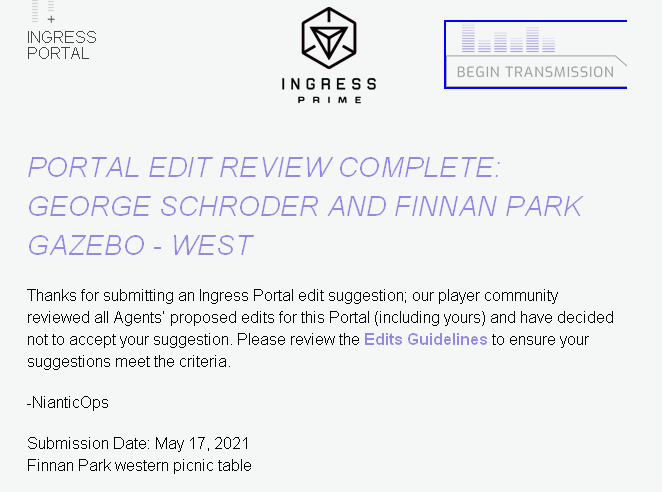 Photos to support your claim: Park is currently closed until at least late October so no photos are possible.

Additional information: The wayspot in question is located in Finnan Park, on the southern shore of Grahamstown Dam. In the same park there are seven other wayspots titled as follows:

Only two of theses are not prefixed with the name of the park. "George Schroder Memorial Pumping Station" is the name of the pumping station that draws water from the dam, while "Grahamstown Storage Reservoir" is a plaque showing specifications of the dam itself.

I tried to change the name of "George Schroder and Finnan Park Gazebo - West" because it makes no sense for two main reasons:

The attempt to correct this error was rejected as shown in the rejection email above. However, "Finnan Park western picnic table" is a far more accurate description and should be used!