When I initially submit nominations, I put placeholders in for the description and secondary info (my default is “Words”). I intentionally haven’t been reviewing for almost two weeks now, since I didn’t want an upgrade until I had edited the placeholders for a couple nominations I had in there. I was to trying to figure out the artist for this mural so I could give credit. Also hopefully get a better title if I could decipher the words.

Apparently 20+ agreements kicked in over the past couple days, after my agreements hadn’t increased at all for several days (hence I wasn’t worried about having an upgrade I wasn’t ready for). So I got an upgrade, it went into voting and got approved all within the past 24-ish hours without me having replaced the placeholders. 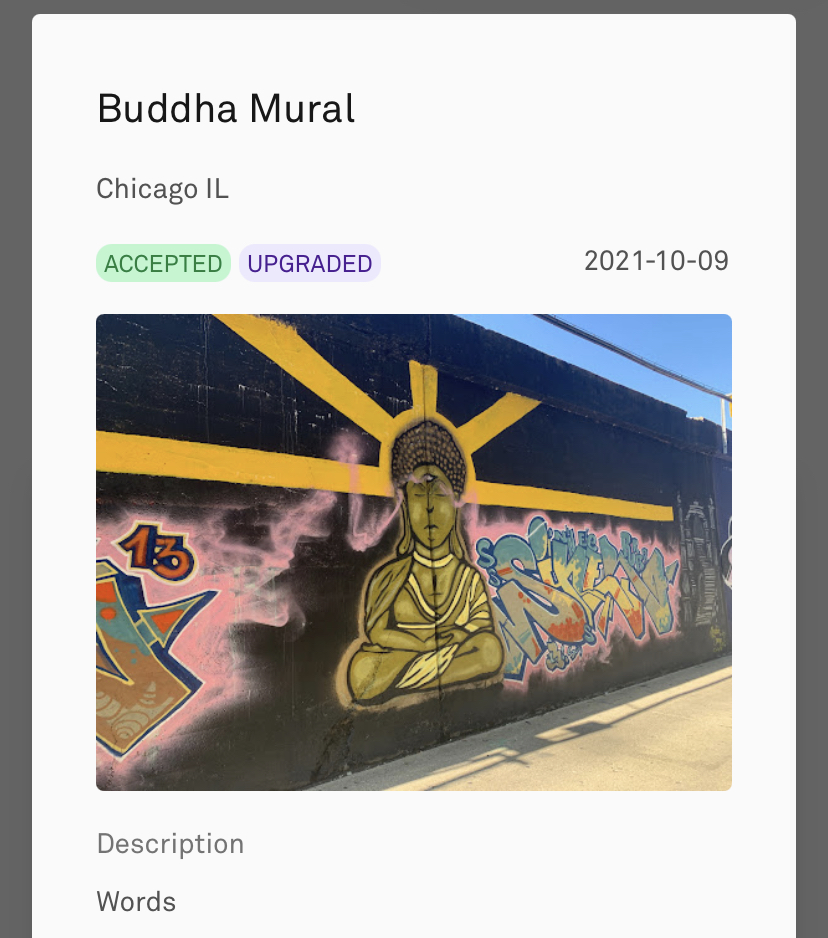 I get I’m chancing it by not having a finalized submission ready for an upgrade, but I always assumed the chance is that it would be rightfully denied and I’d have wasted an upgrade.

Also, it can take like 6 months for edits to go through, so I’ll put that in asap, but the description “Words” is gonna be there for quite some time.