Refer to the attached picture for the rejected submission. It was rejected for being "School (K12)" and "Other Rejection Criteria".

I have two questions to ask the fellow Wayfarer community.

1) How can I improve my description to emphasise that it is a UNIVERSITY building?

2) Should I wait for the appeal or resubmit? I still have a few spare upgrades lying around.

Thanks for stopping by and good luck with all your submissions! 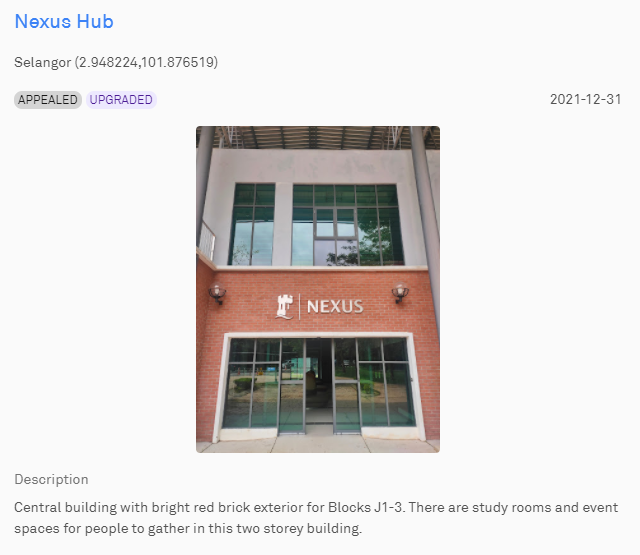