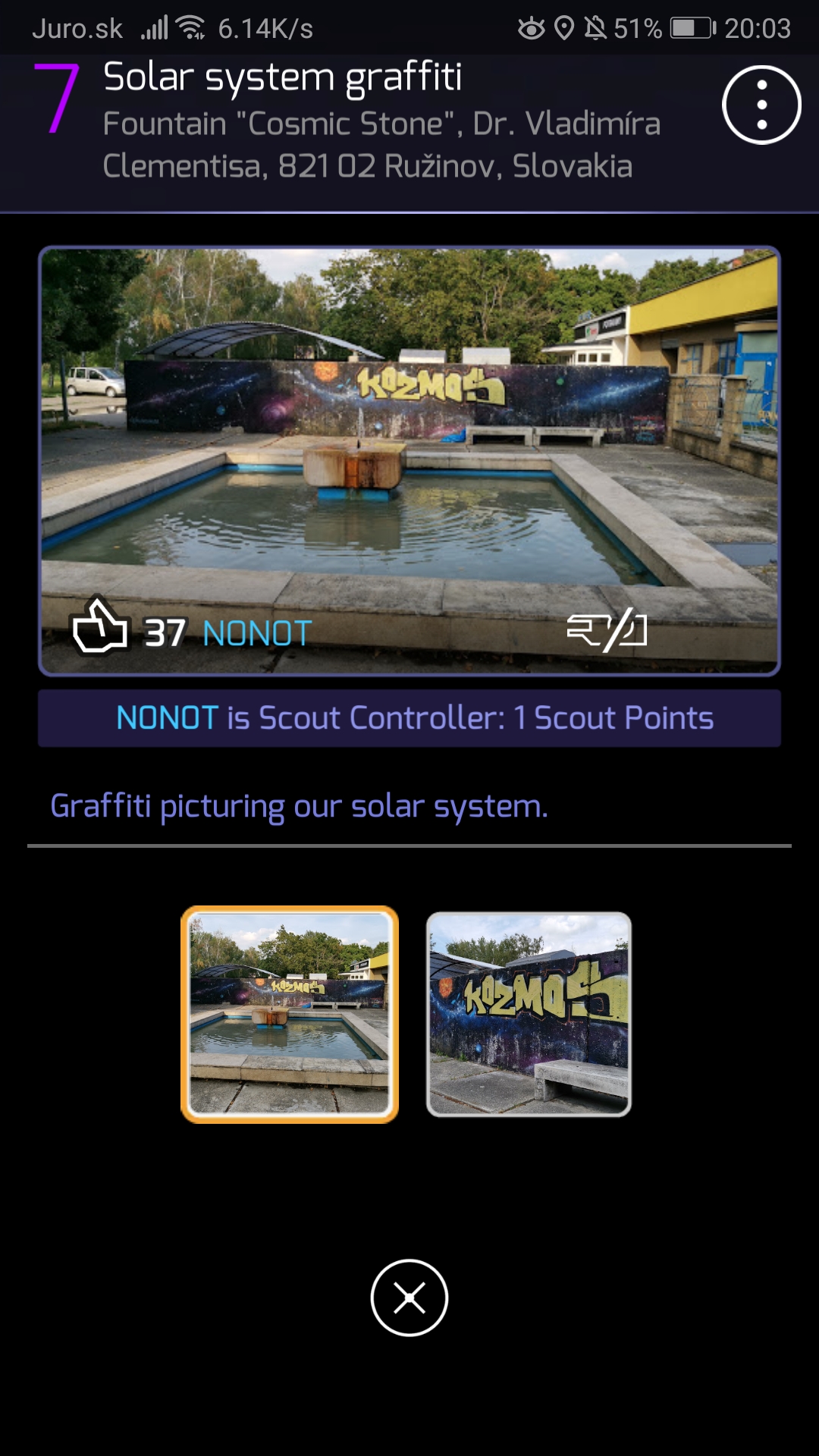 This nomination passed as a graffiti art. A group of ingress multi account individuals(cause we have max 20active ingress players both sides in town) made this photo and liked it 37 to have it as main photo which is not completely corresponding to the object of the real nomination + they took/made almost similar photo which was on another portal "Fontána Kozmos" and is also "liked" 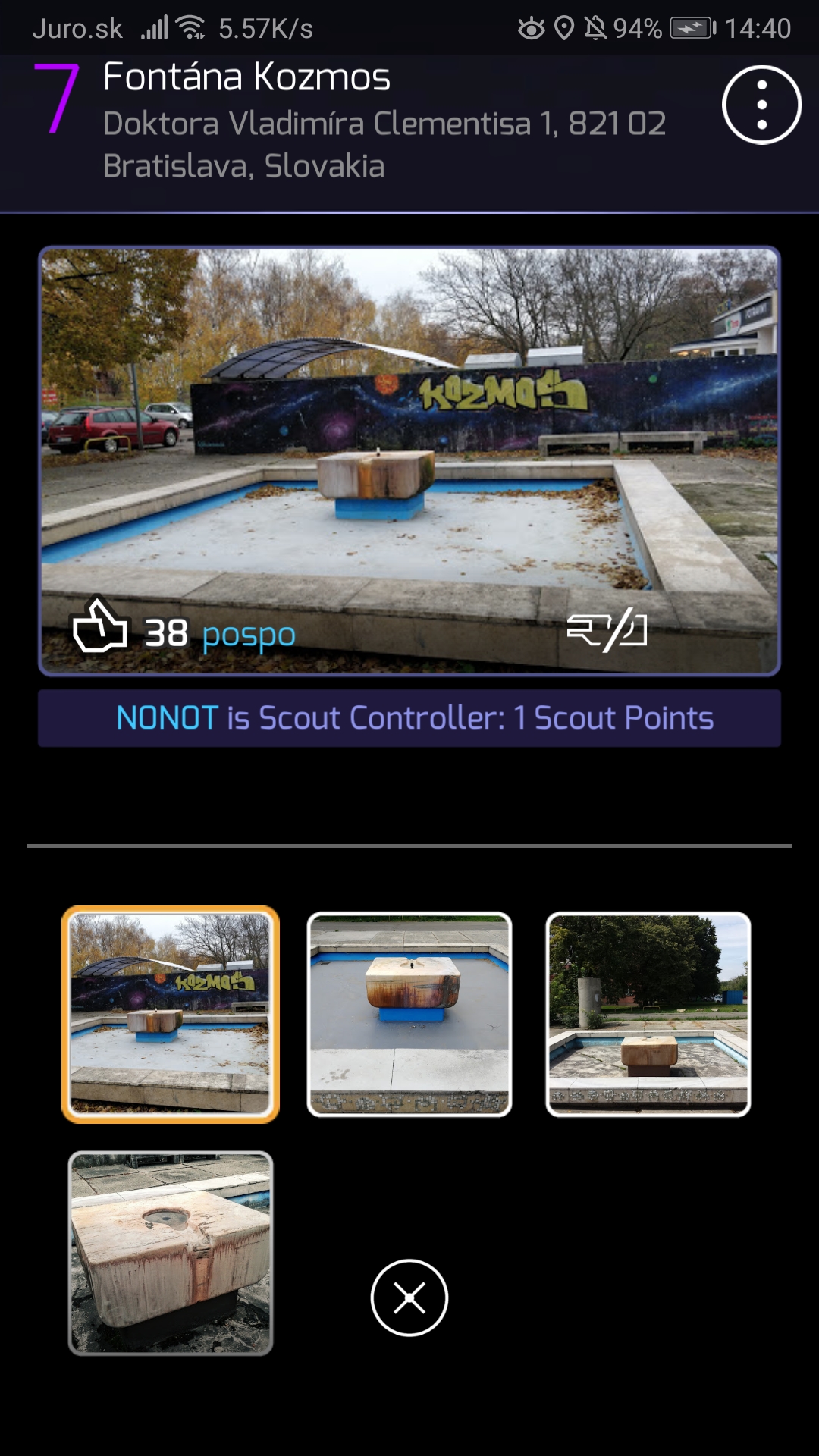 i do not mind to have another photo on a portal, i do not need to have there mine as main, but for me this is an ridiculous abuse, not the correct way to have wayspots without the nominated objects being the focus of the picture and pain in the ...

I hope you share my point on view on this matter and would be very thankful for a positive response from your side.

Thank you and regards,