Recently I have spent the last few days uncovering ~100 fake Wayspots in the City of Melton, Victoria (see: https://community.wayfarer.nianticlabs.com/discussion/27661/abuse-melton-west-vic-australia). In doing so, I stumbled across a whole new set of fakes in the City of Wyndham, Victoria, concentrated in the suburb of Point Cook.

Below are the details of a further 32 Wayspots which have falsified locations. All of these are murals on electric transformer boxes. They use photos which are cropped tight to remove background elements so that the Wayspots can be submitted at the locations of unpainted transformers. I have identified the real locations for each mural using a combination of Street View, as well as some cabinets have the name of the nearest street intersection printed on the front label.

Overview of locations of fakes: 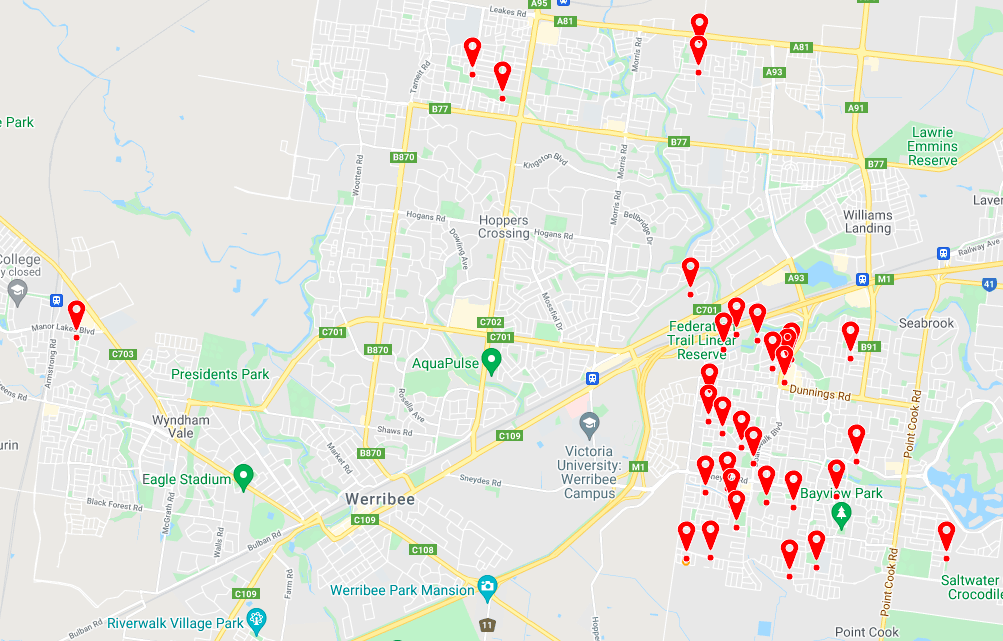 Who Let The Dogs Out? Mural 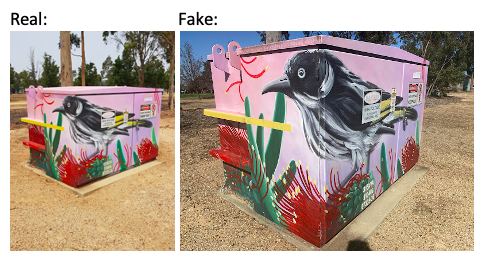 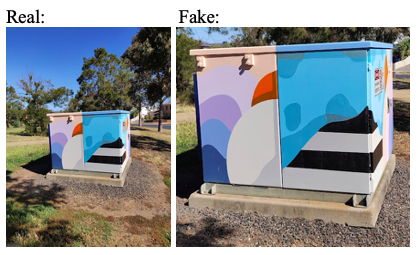 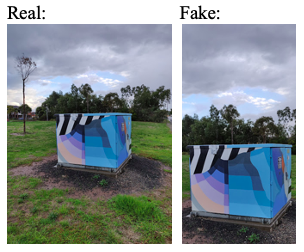 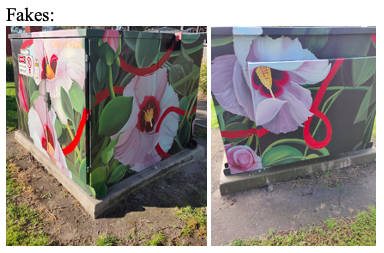 The box is labelled "JAMIESON-MONTE CARLO". The real location was identified near the intersection of Jamieson Way and Monte Carlo Drive. The red pillars in the background of one photo matches street view. No Wayspot was submitted at the real location because it would have violated in-game proximity rules (within 20 metres of another Wayspot). 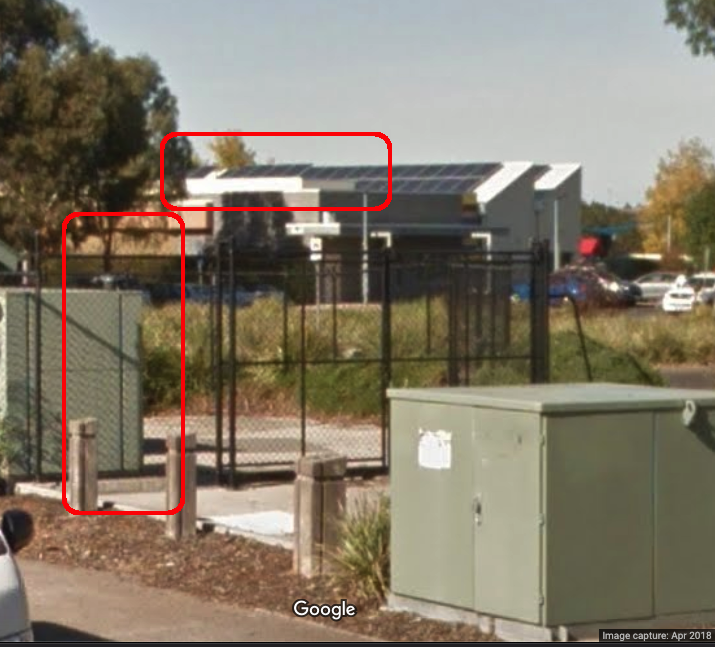 I reported in the Melton abuse thread (https://community.wayfarer.nianticlabs.com/discussion/comment/136572/#Comment_136572) how I discovered "Fifty Shades of Blue" was a fake. While compiling this report I also found "Windmill Way Box Art", which is the same box but showing the front. It is also in the wrong location. The label on the front says "GRANDIFLORA-MALIBU" which confirms I had identified the correct location. 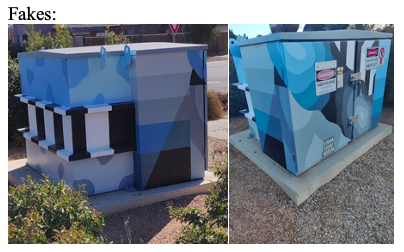