Rating unfairly dragged down. Utmost care was used in reviewing. 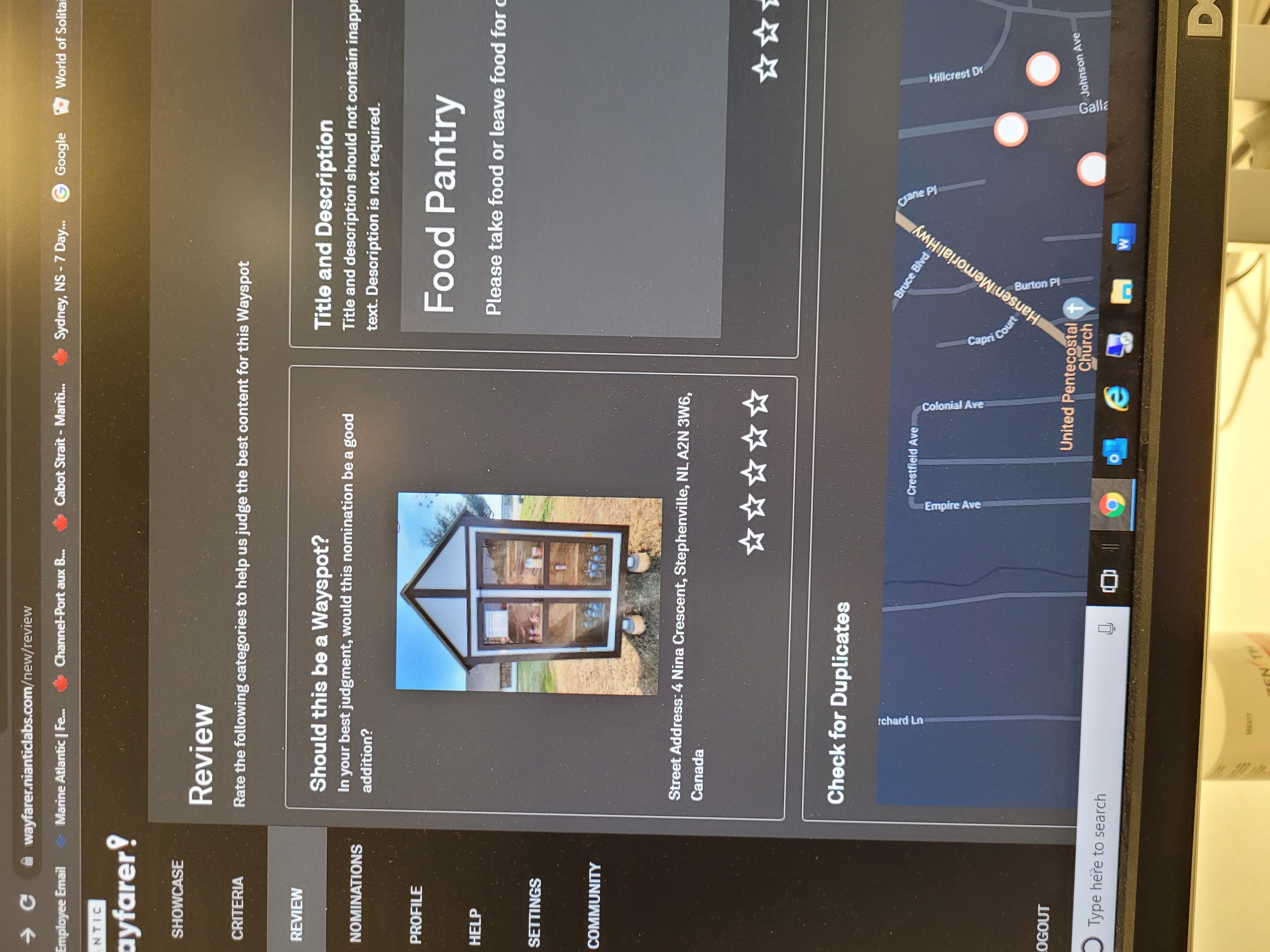 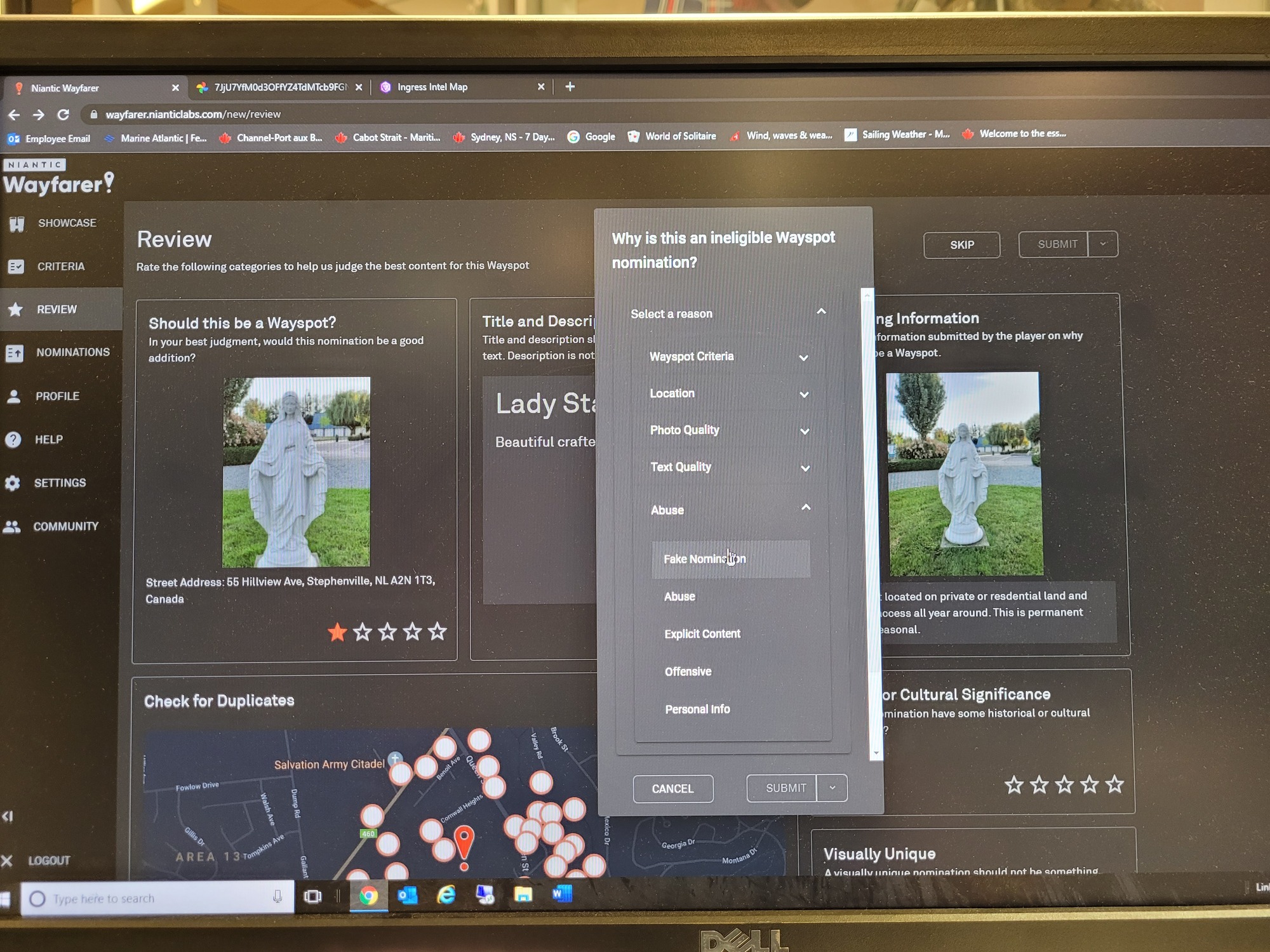 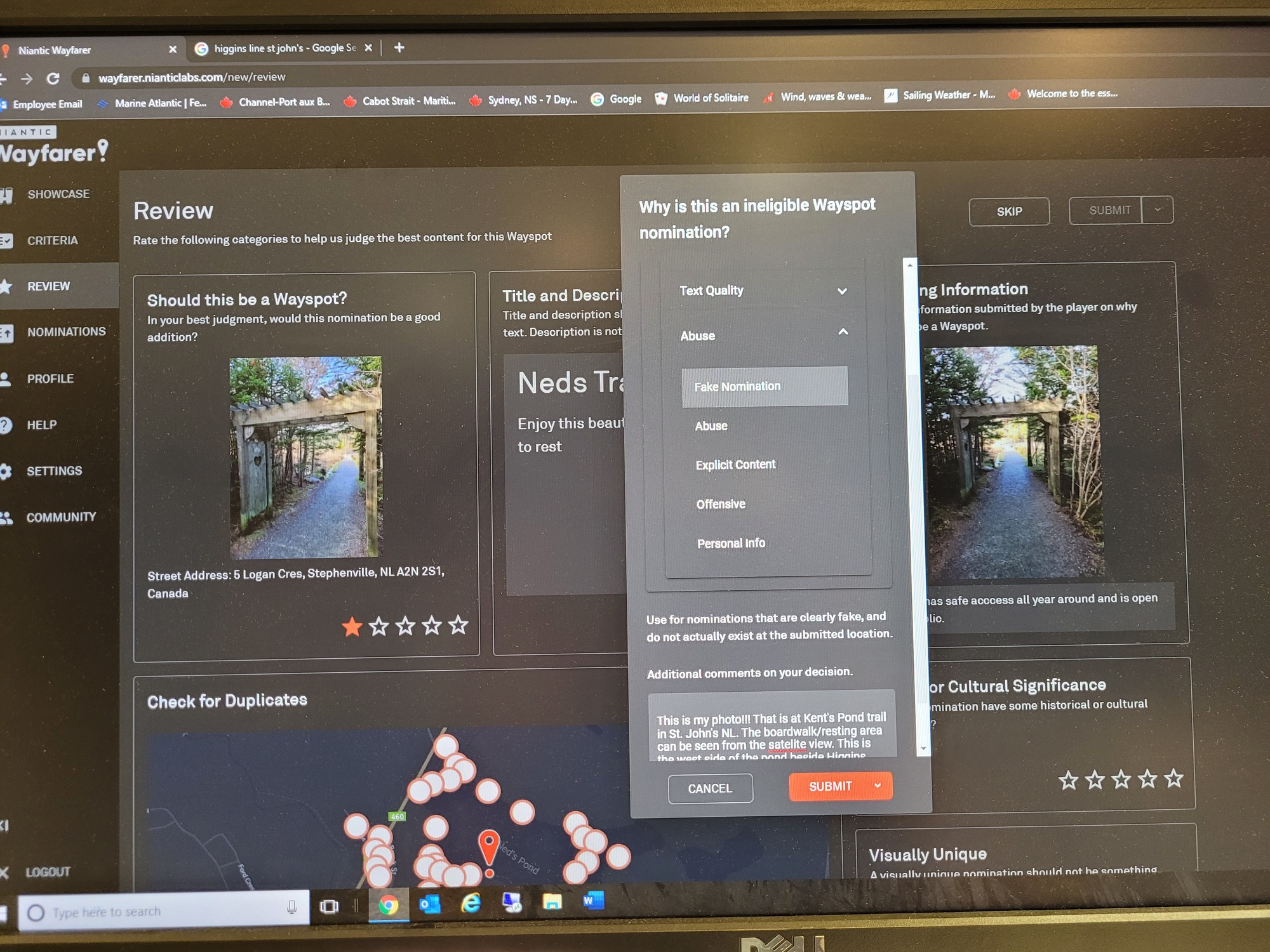 I thought there was a reason the information was crowd sourced instead of done with an algorithm.

Hi there. I need assistance. I spent quite a few hours reviewing waypoints the other night which I now regret. My current location put me in a spot to review portals in Western Newfoundland instead of home. This is fine as I travel a lot and know this part of the province well. I started reviewing and started getting portals in Stephenville Newfoundland. When I passed through the town myself, I noticed a TON of portals that did not exist in real life had somehow gotten accepted. There are simply not that many gorgeous murals and Little Libraries in the town.

Thus, while reviewing this area I was on HIGH alert for further fakes. I was seeing obvious discrepencies immediately. I scrutinized them incredibly carefully. There were dozens of little free library submissions, many hiking signs, and murals specifically.

I would compare the photo to the google maps imagery. Sidewalks would be there when there are none, and building styles would be all wrong (brick when there are none), telephone poles wouldn't exist where they were meant to, a hiking sign in a forest would be a clearing behind someone's yard in real life. There were power boxes (not in the style of Newfoundland's boxes) in the middle of roads with no traffic lights present.

Furthermore, and even more concretely, I saw one powerbox that said "City of Surrey" on it, and a submission of an archway that is on the pond near Higgins Line by my old house in St. John's whose photos were stolen and resubmitted in Stephenville. I was googling anything that had identifiable text for clues.

I began by indicating that they were misplaced nominations, but when a pattern of emerged, I changed my tune. The submitter stated in EVERY instance "this is not on private property or residential land". And almost always provided one photo for both the sumbission photo and supporting photo, with one being slightly zoomed in.

I picked up on this pattern after reviewing a dozen such nominations. After discovering this and testing my theory, I began to submit every nomination that had those two things, plus an inconsistant background as a "fake nomination" (with a comment included regarding my reasoning for rejecting), in hopes that one person's nominations all being considered fake would flag Niantic's system and a real person would say "what is going on here?" and do a little audit.

I mean, I was careful, took my time to compare trees and houses in the background to see if anying even remotely similar was in the area. The submitter had photos of giant redwoods with a hiking sign in a windswept area with stunted shrubs.

It would seem that other reviewers were not comparing closely to google maps, because what came of my scrutiny, googling, and care, was my rating went from great to poor in one sitting.

I would like to submit an appeal with regards to my rating as such.

I took a few photos, thankfully, to send to the local discord, and have enclosed them.

I wish I had taken more, especially of the powerbox that said City of Surrey.

TLDR; I would bet my right arm and firstborn child that the Stephenville submissions are stolen from other people's submissions. I identified a pattern of abuse, scrutinized each one incredibly carefully, denied them as fake. As a result my rating went from great to poor in one sitting. Please send help.