What we know about upgrades:

Upgrades once had their place in our city, they quickly expedited nominations in the city from a half-year turnaround to just a day or two. If someone wanted a nomination go to through, they would upgrade it. But they work as a double-edged sword, you had to ensure that it was perfect and unambiguous enough that it would not be interpreted differently among non-locals and people who at least knew the criteria.

But this is all further from the truth know. Now they are a blight. They have been for a long time now, and it is unfortunate. A series of metal plate trail markers in a nature reserve in the ACT were all approved except for the only one which happened to be upgraded, that apparently had "other rejection criteria". Furthermore, an upgraded church entitled "The Loft" in the CBD was also rejected for "other rejection criteria" which is a lead on people lacking comprehension skills. But the biggest kicker was a large sign in a lookout. 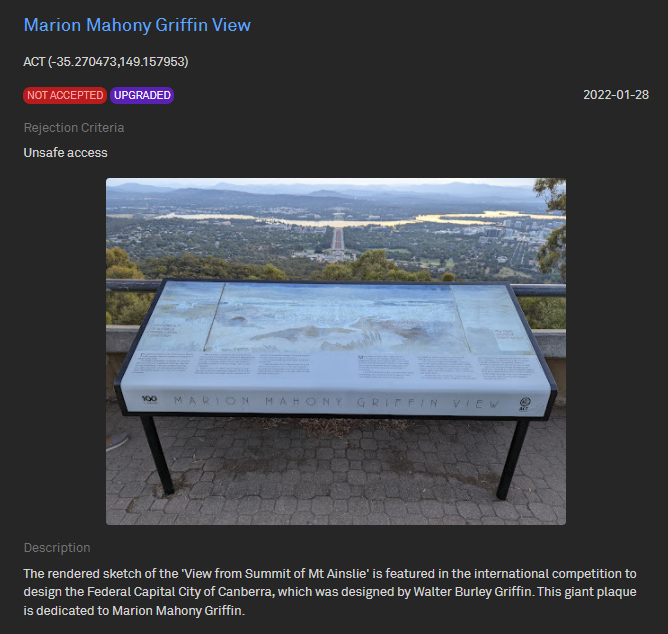 It is a beautiful view from the summit of Mt Ainslie which was rejected for this ludicrous reason. The supporting photo shows a whole group of people looking out and standing at this area and out towards the city. There is even a woman standing right in front of the object reading it and out into the view. 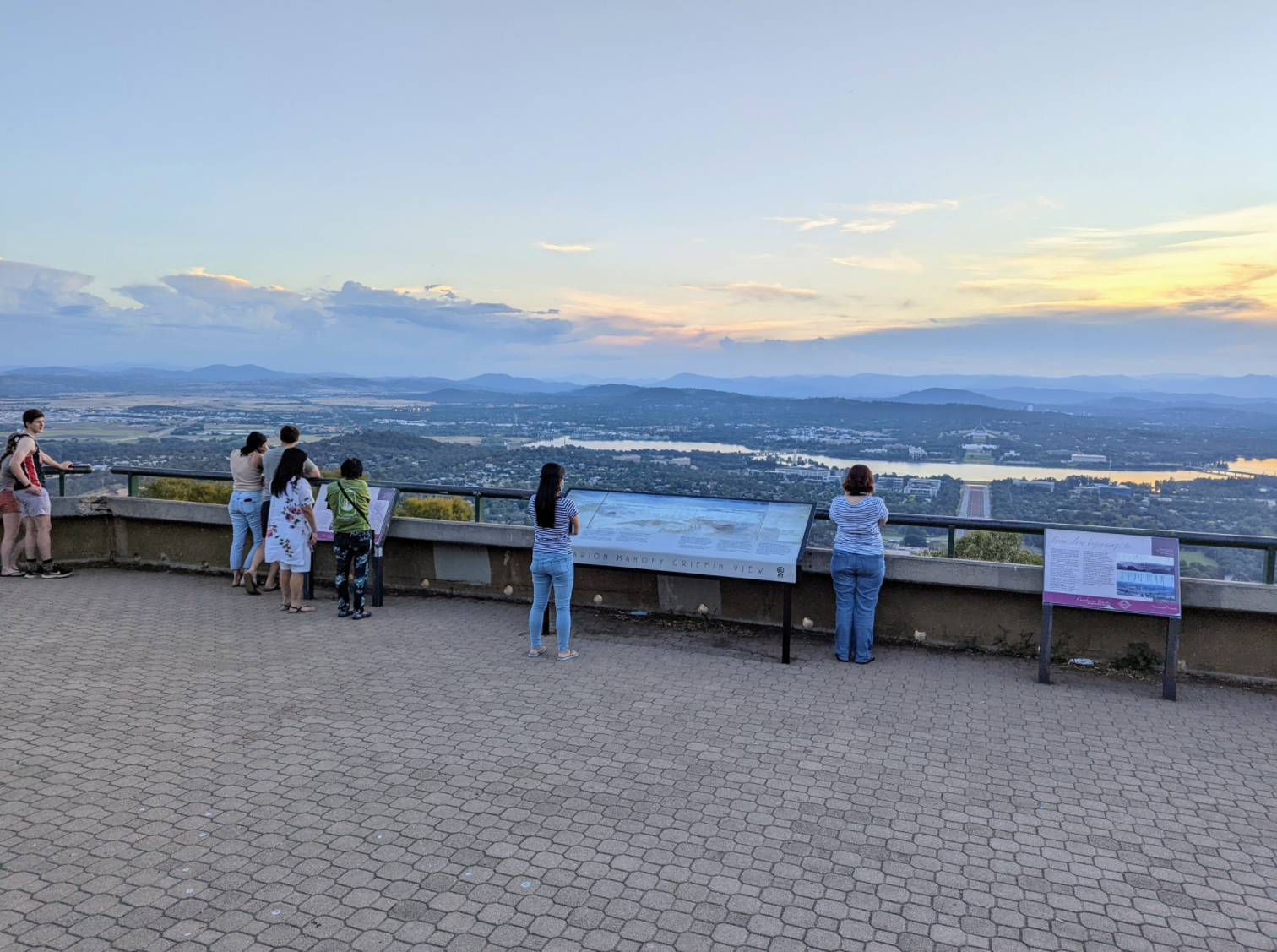 And it apparently constitutes unsafe access? The lunacy of reviewers that upgrades attract, really.

Upgrades will often highly increase the rate of rejection for the majority of my nominations. It will either be the most stupidest reason like the one above, or it will be straight up "other rejection criteria", before being simply just "Inappropriate activities" all the time. I know there's some people who claim that they have a 100 per cent approval rate even with upgrades, or even certain people will have to upgrade their nominations to avoid their own strict local queues.

There are good people and submitters out there in the rest of Australia who use their upgrades well. The nice artworks and nominations from Bunbury WA, the nominations from Sarina QLD, the wayspots that fill up the town in Nhulunbuy NT, and the occasional upgraded nomination from Melbourne VIC are great. Then you have some of the endless Newman WA mine camp nominations that are clearly upgraded, to varying degrees of quality.

But there are some certain submitters (such as those submitting jax tyres in Browns Plains QLD for "d8sabled players" and a water corp cathodic protection in Caversham WA) who should have their reviewing privileges revoked. Yes, when you see a coal nomination from halfway across the country, there is a highly likely chance that they're also reviewing. It's also a highly likely chance that they are also reviewing your upgraded nomination also. So for both ways it is always a highly increased risk with upgrades.

Below are a whole bunch of posts which cite the displeasure of getting upgrades or those that request not having automatic upgrades (which I've copied from a previous comment:

Here are five other more recent posts about the negative sentiment about upgrades after the quote above: