More must be done to combat the constant influx of Survey Markers in NSW. These nominations do not meet any of the eligibility criteria, these markers are mass produced, near identical items with no cultural or historical value. They are not a great place for exploration, great place for exercise or a great place to be social with others. They are located at regular intervals along the kerb of every street in the state and as such they are are often in the front yard or on the driveway of family homes. And yet despite all this, not only are these markers submitted in their hundreds every day, they are constantly being accepted by reviewers.

See the below duplicate maps taken from recent submissions: 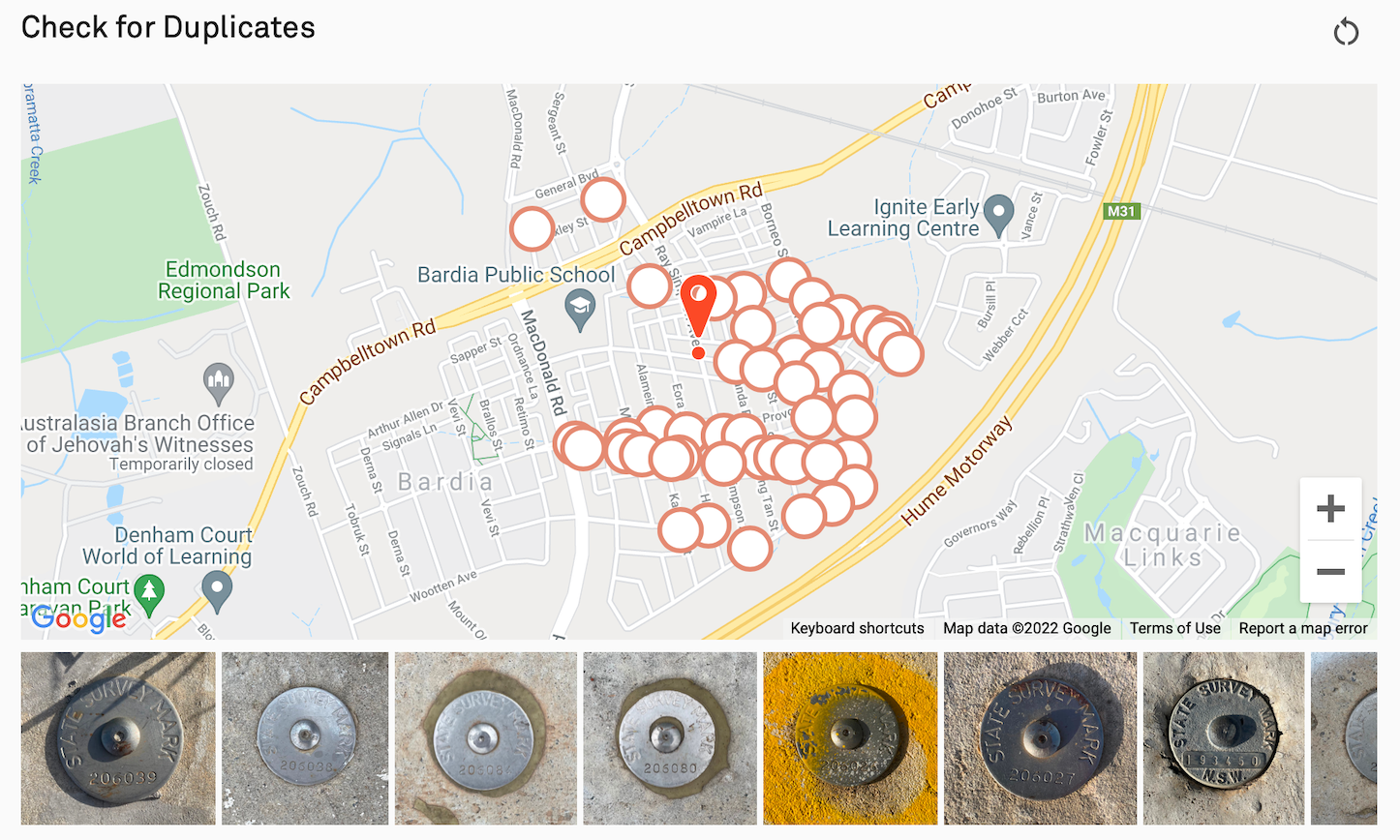 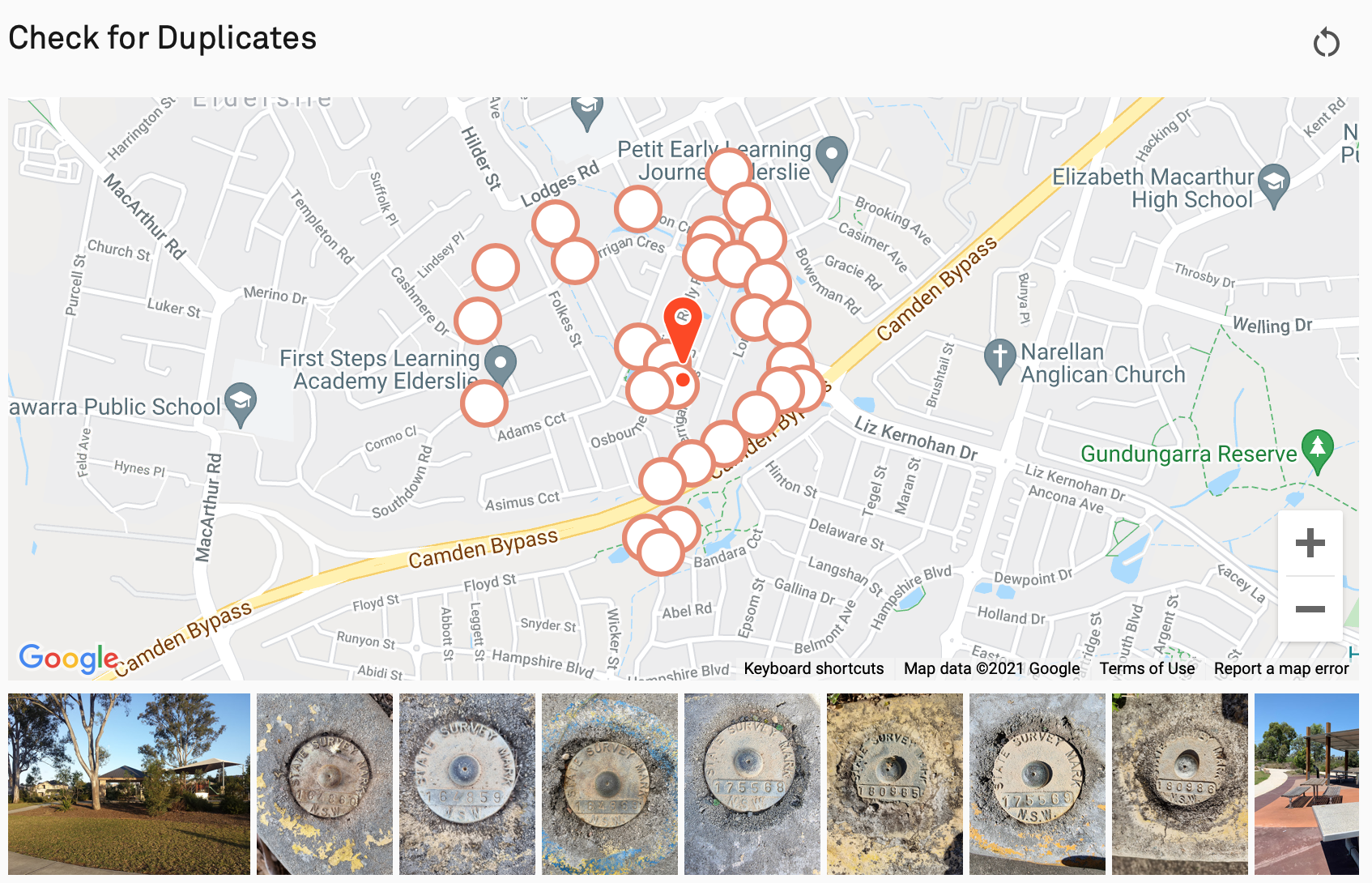 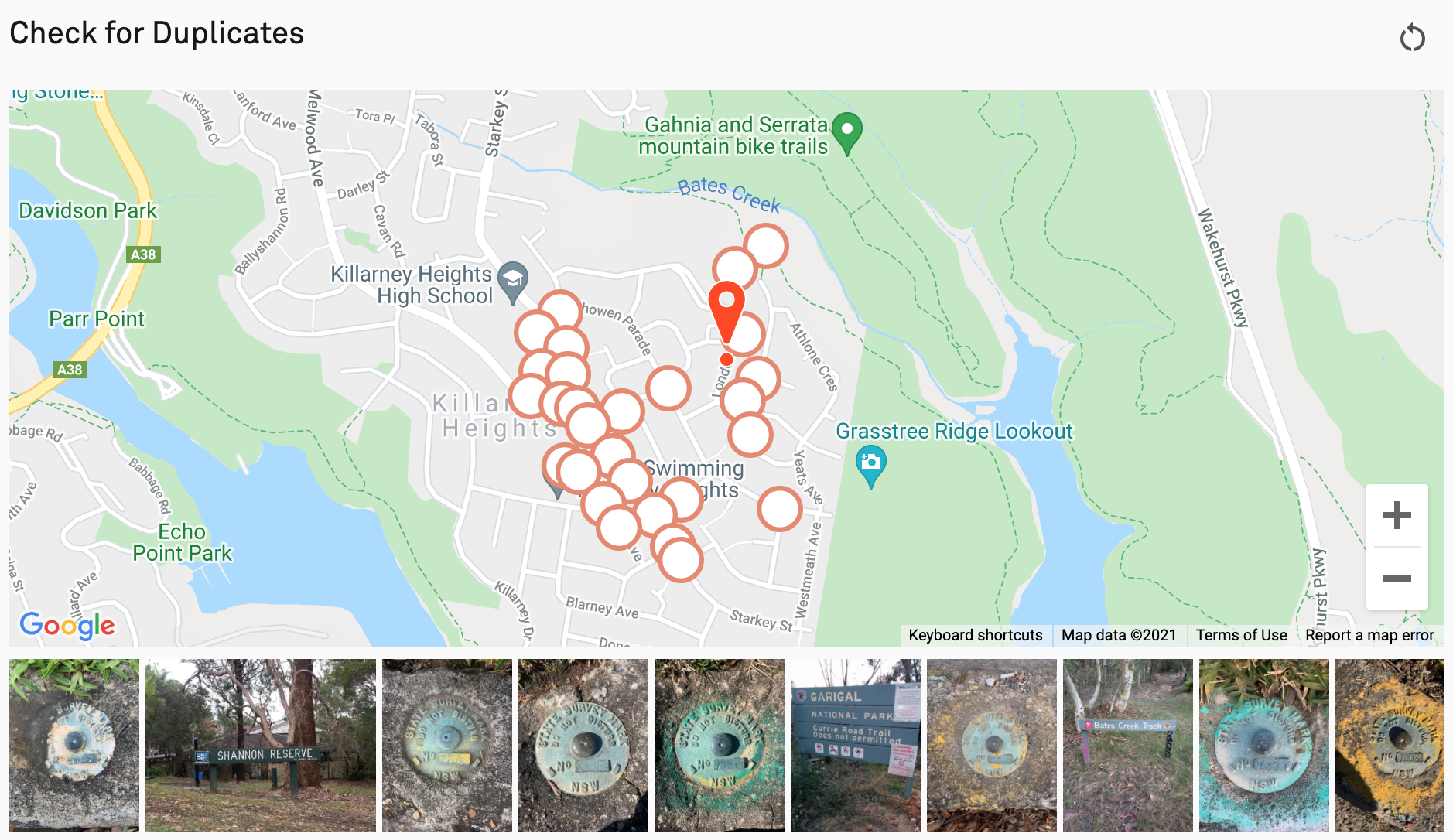 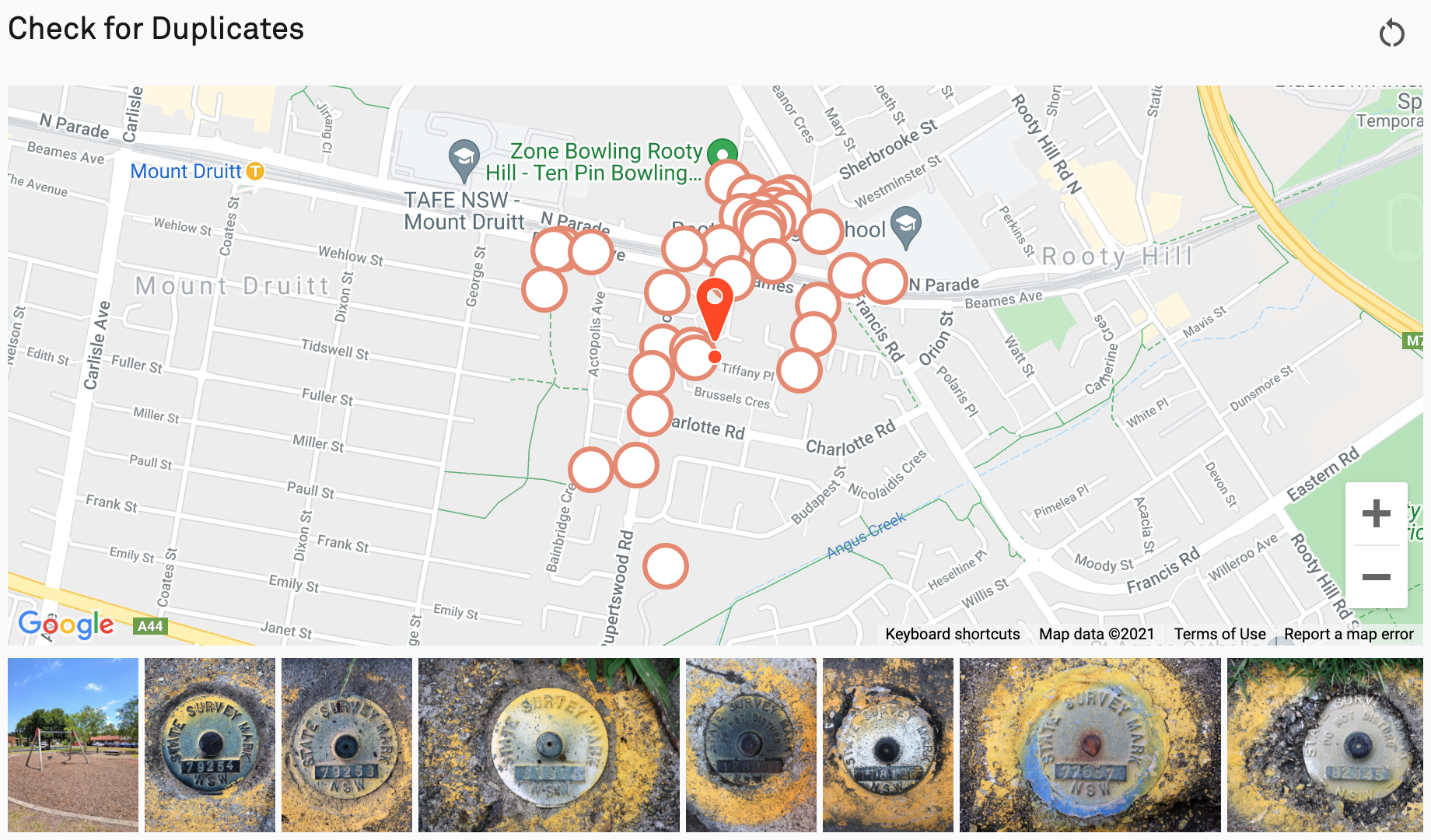 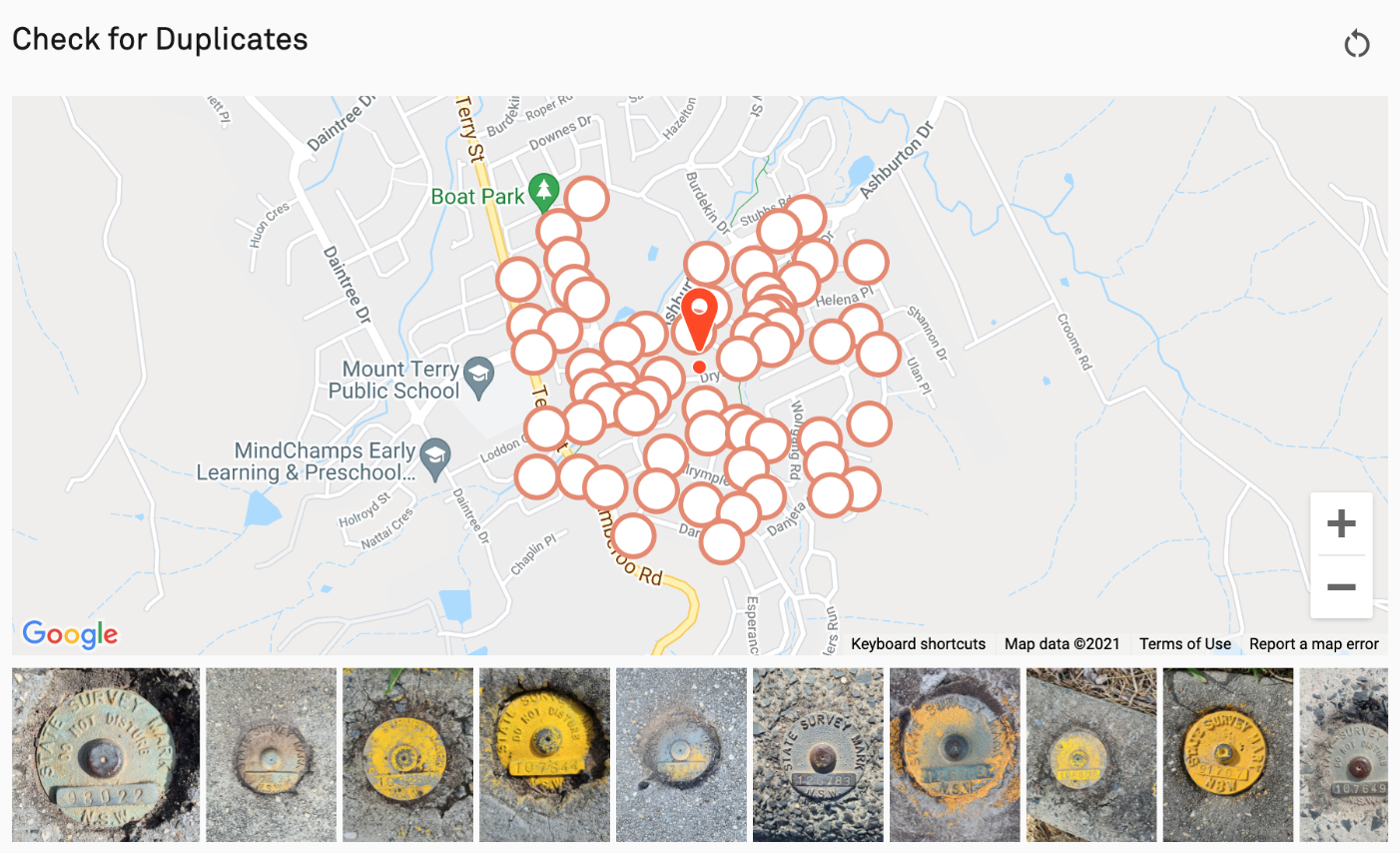 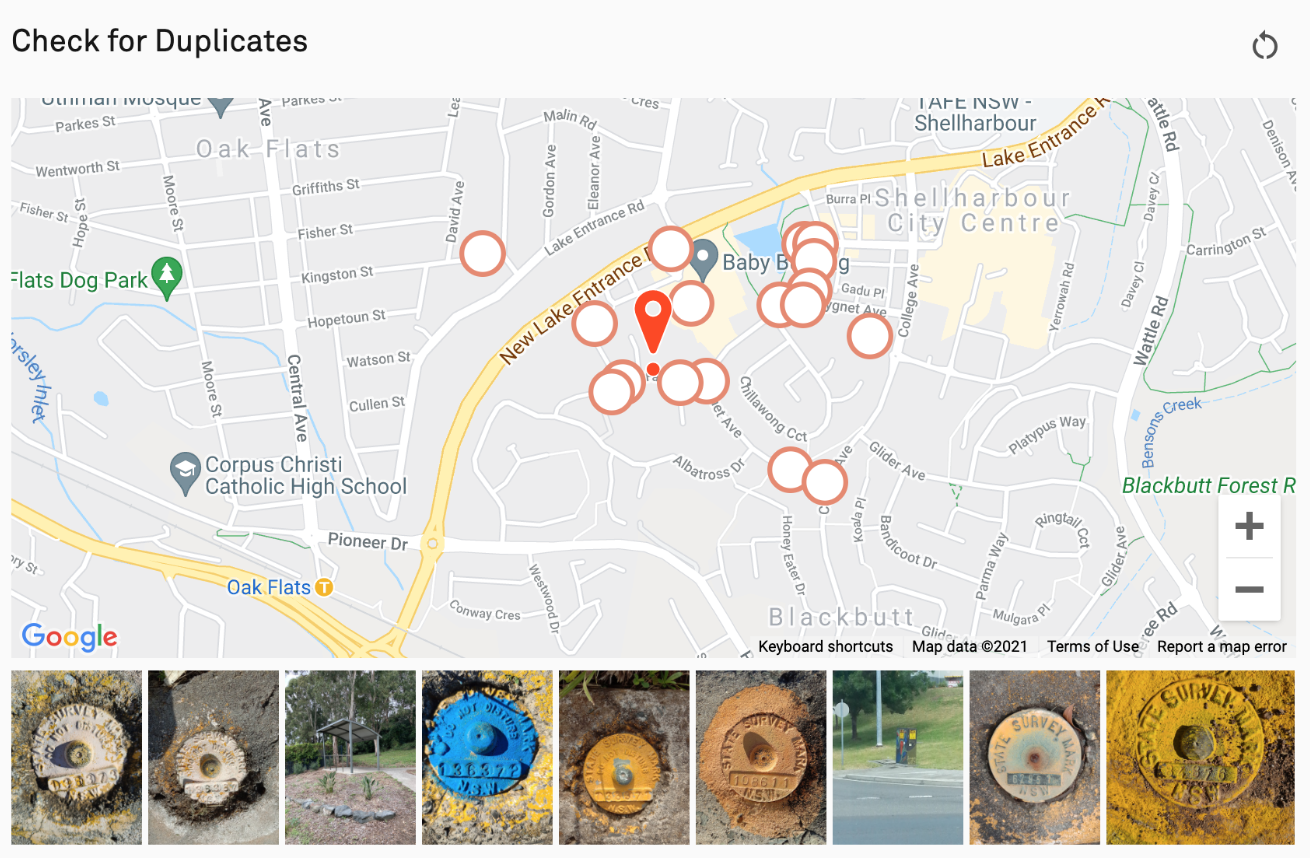 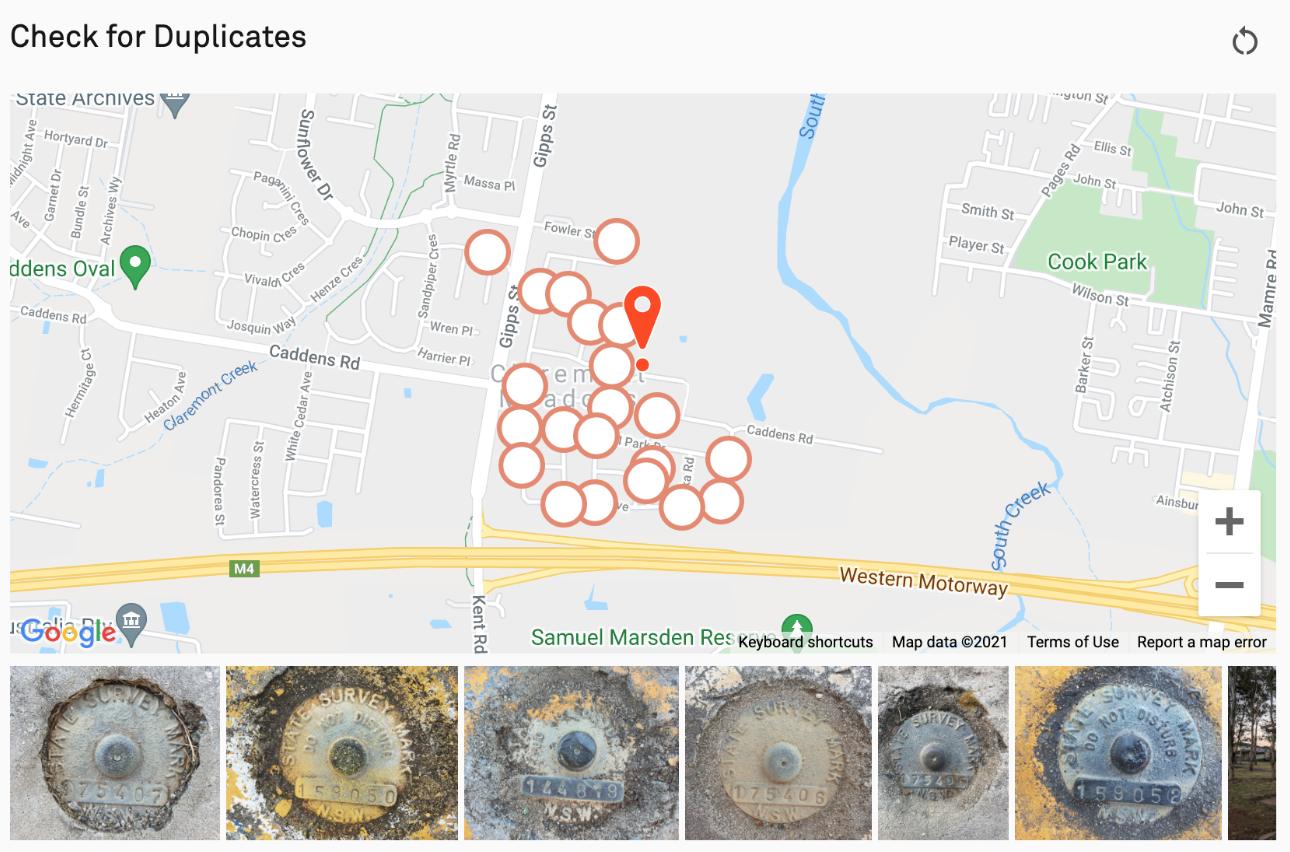 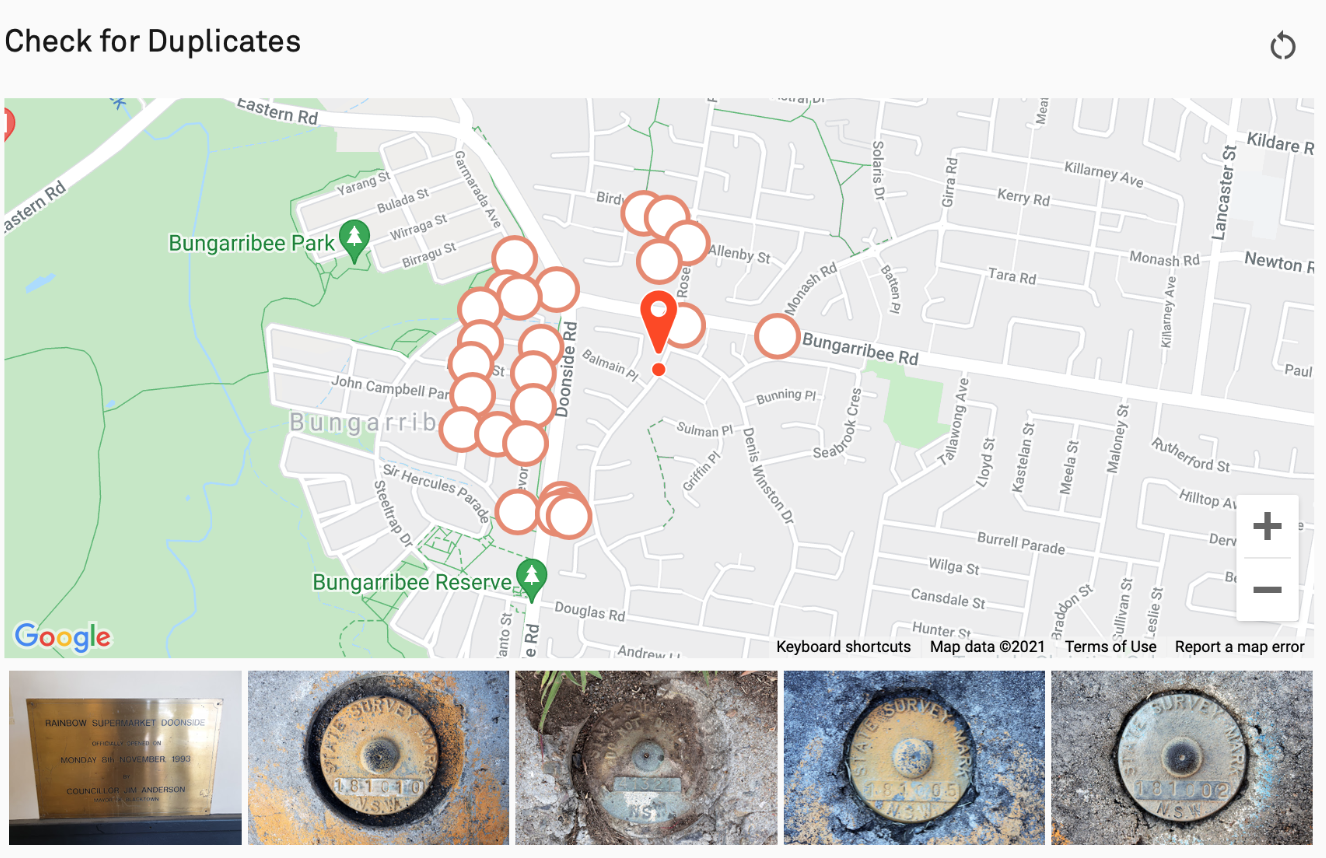 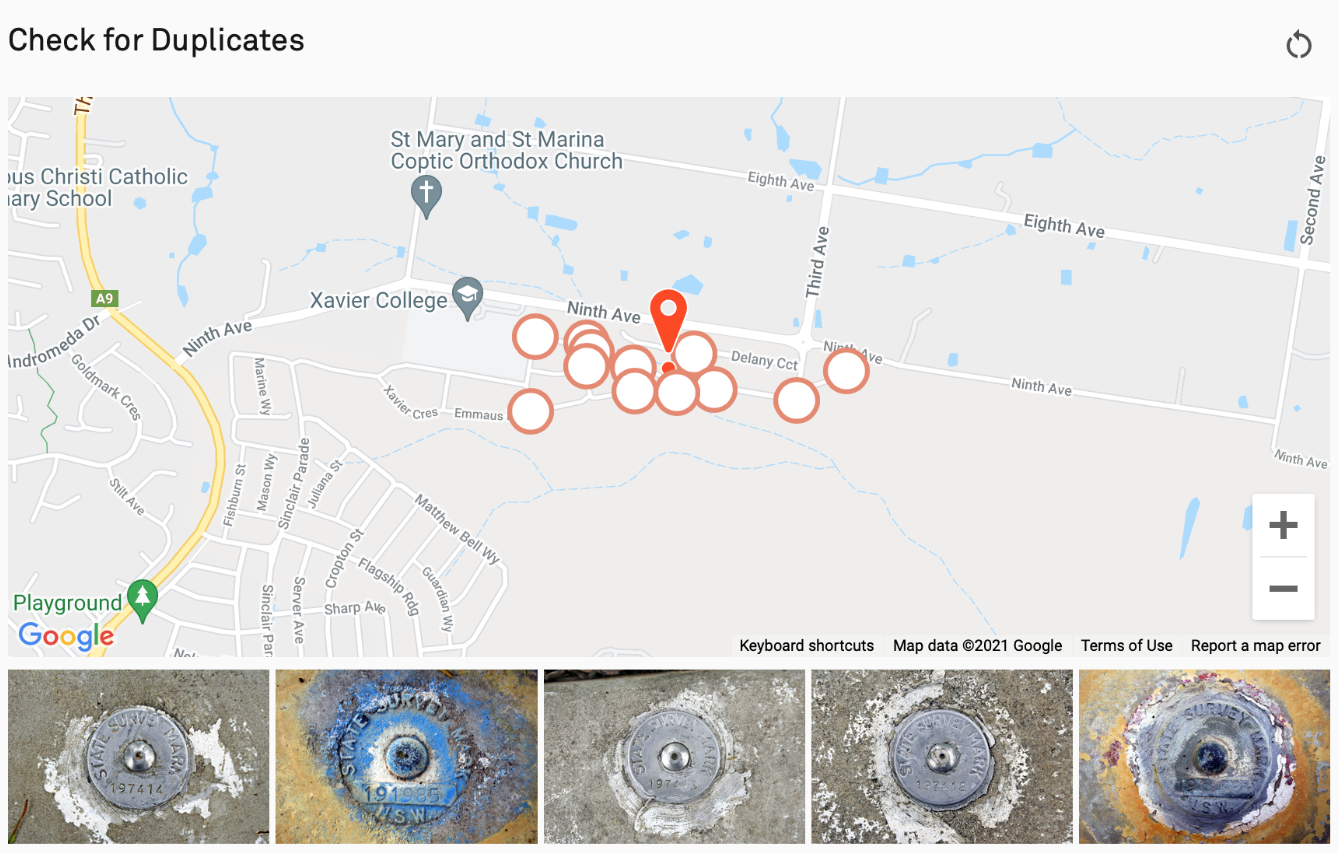 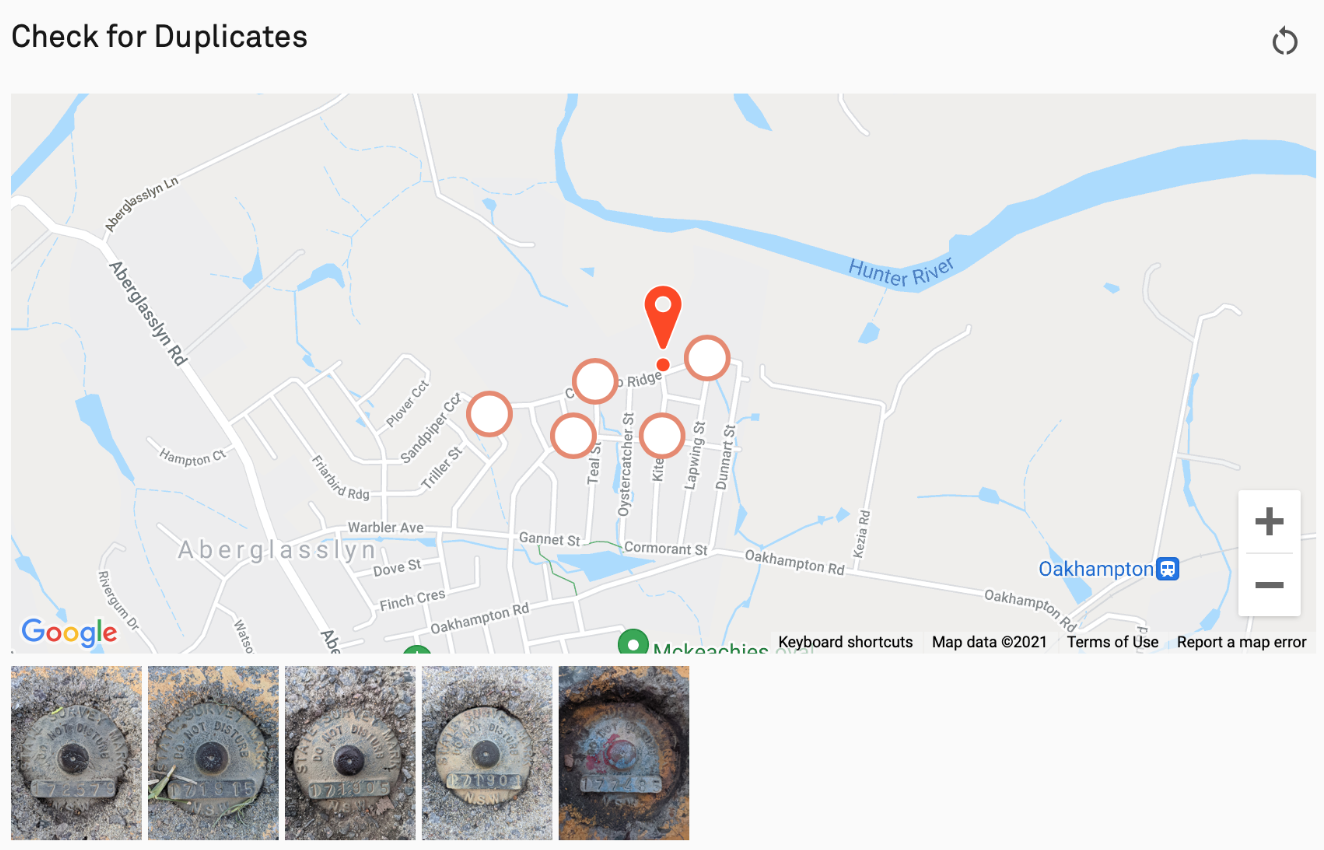 You can see just how common these markers are on the state database. https://maps.six.nsw.gov.au

Survey Markers are by far the most common submission I encounter while reviewing, I would estimate around 20% of all nominations I review are survey markers, and I am not the only one who is fed up.

Submitters will often include the in-game existence and prevalence of Survey Markers in their Supporting Evidence to justify their submission. It is also common to read the phrase "This an eligible submission according to Niantic - Geodetic Sign" with submitters creating a false equivalency by implying that because an appropriate label exists, the nomination must be eligible. I would like to point out that 'Snow and Ice' and 'Private Home' are also labels that can be chosen in the What is it? section despite being specifically prohibited.

Further exacerbating the problem is the fact that these nominations will occasionally show up on the Wayfarer homepage as part of Niantic's 'Featured Waypoints'. 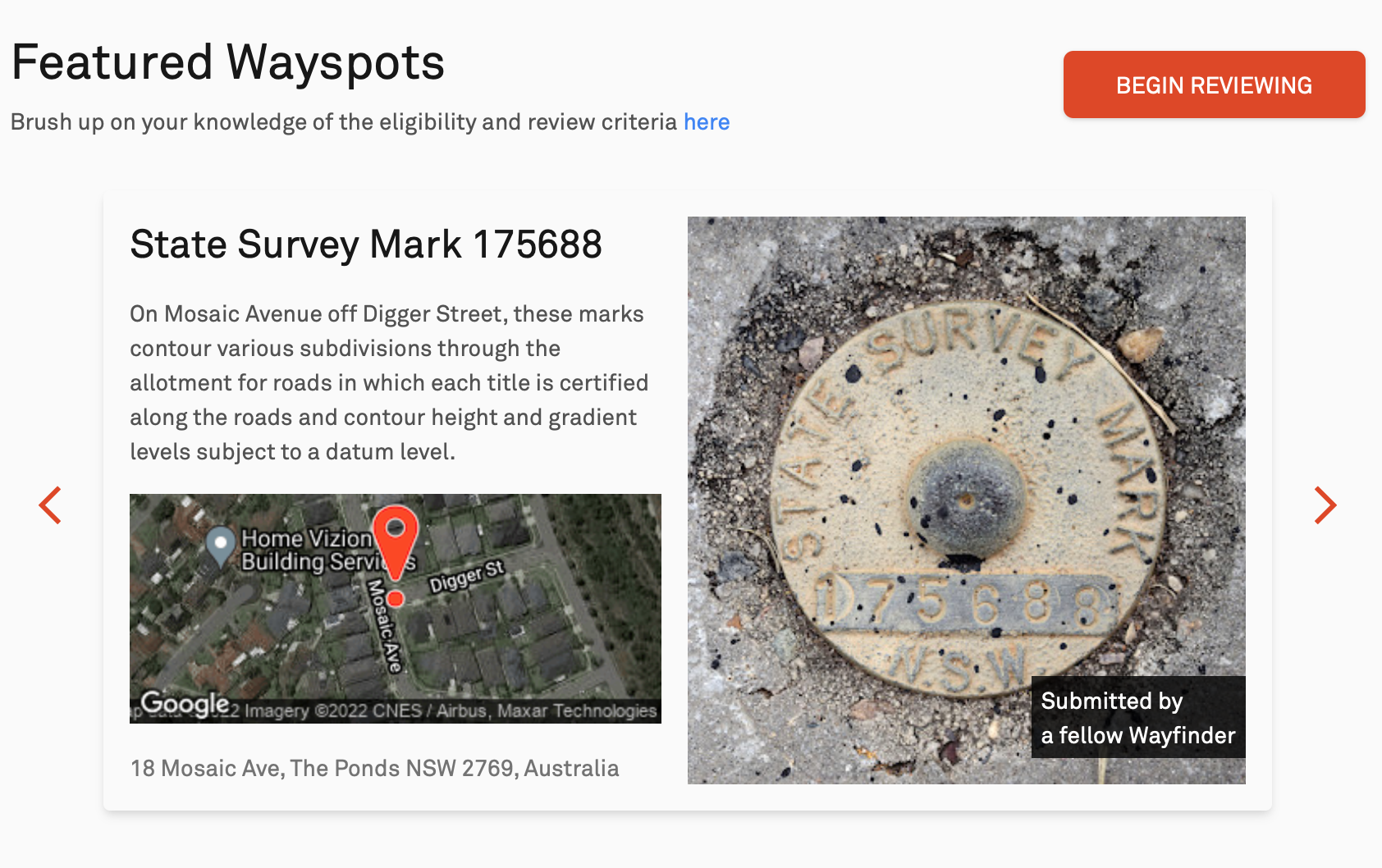 There's not much more to say, while I would love Niantic to take a stand and mass delete these waypoints I know that's not going to happen. It would be great if Niantic could at least create a specific 'Generic, Mass Produced Item' rejection category that could be used in these situations as well as when dealing with the occasional nomination of street signs and bus stops.