'Nearby POIs' displayed during nomination in Pokemon Go have inaccurate locations.

When submitting a new nomination in Pokemon Go, the map displays existing POIs (including both Pokestops as well as other POIs from the Lightship database). However, the horizontal positions of these POIs are not being correctly displayed on the map and cause the markers to be displayed at incorrect locations. This can cause confusion about where POIs are located, especially if they are POIs which do not appear in-game.

The technical issue in particular is: The longitude of the POIs is being rounded to four decimal places before being displayed on the map, and this rounding is causing the horizontal locations to appear off by a number of metres.

As this is an error which overlaps between Wayfarer and Pokemon Go, the below information may need to be forwarded to the Pokemon Go team. 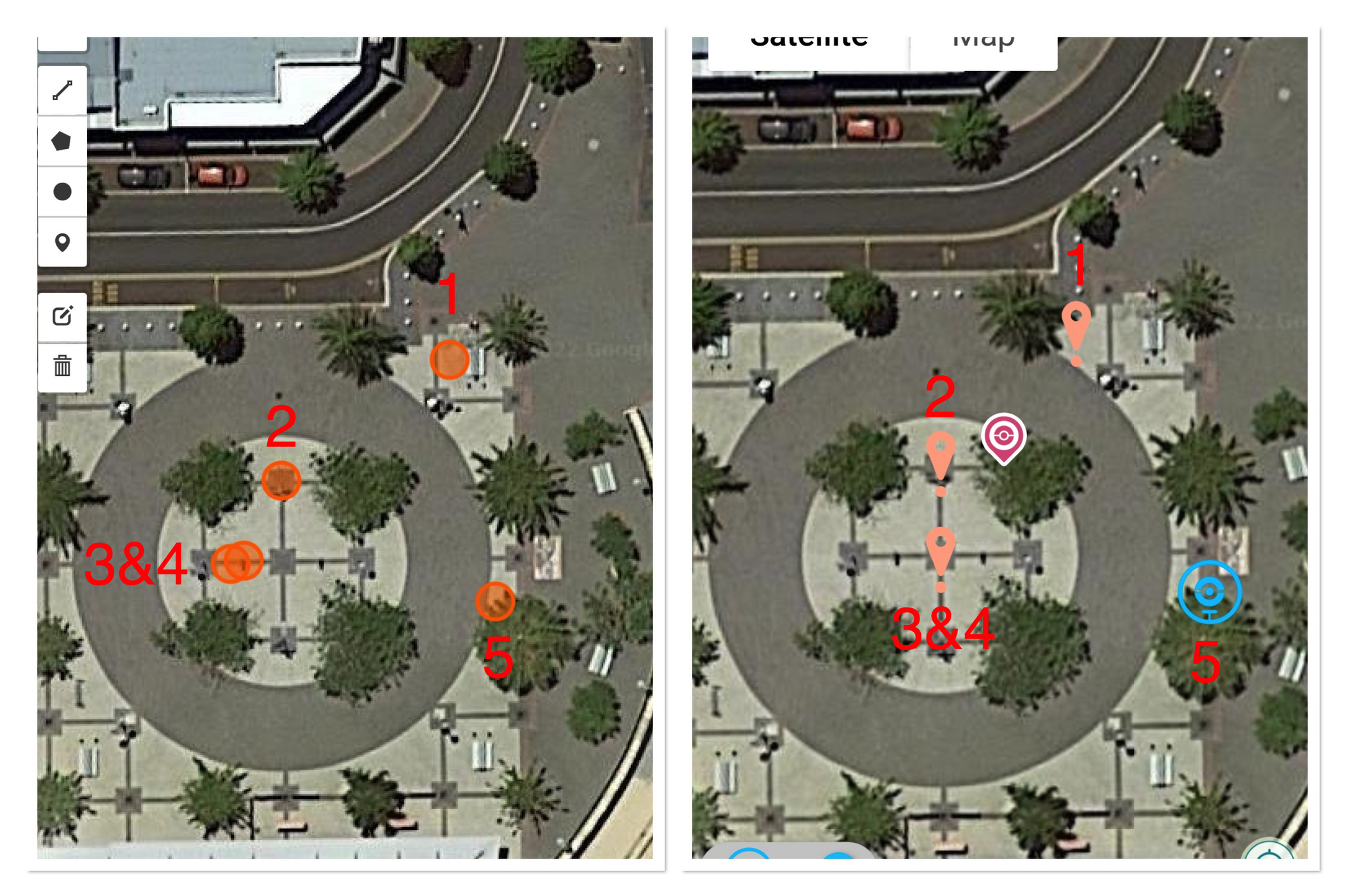 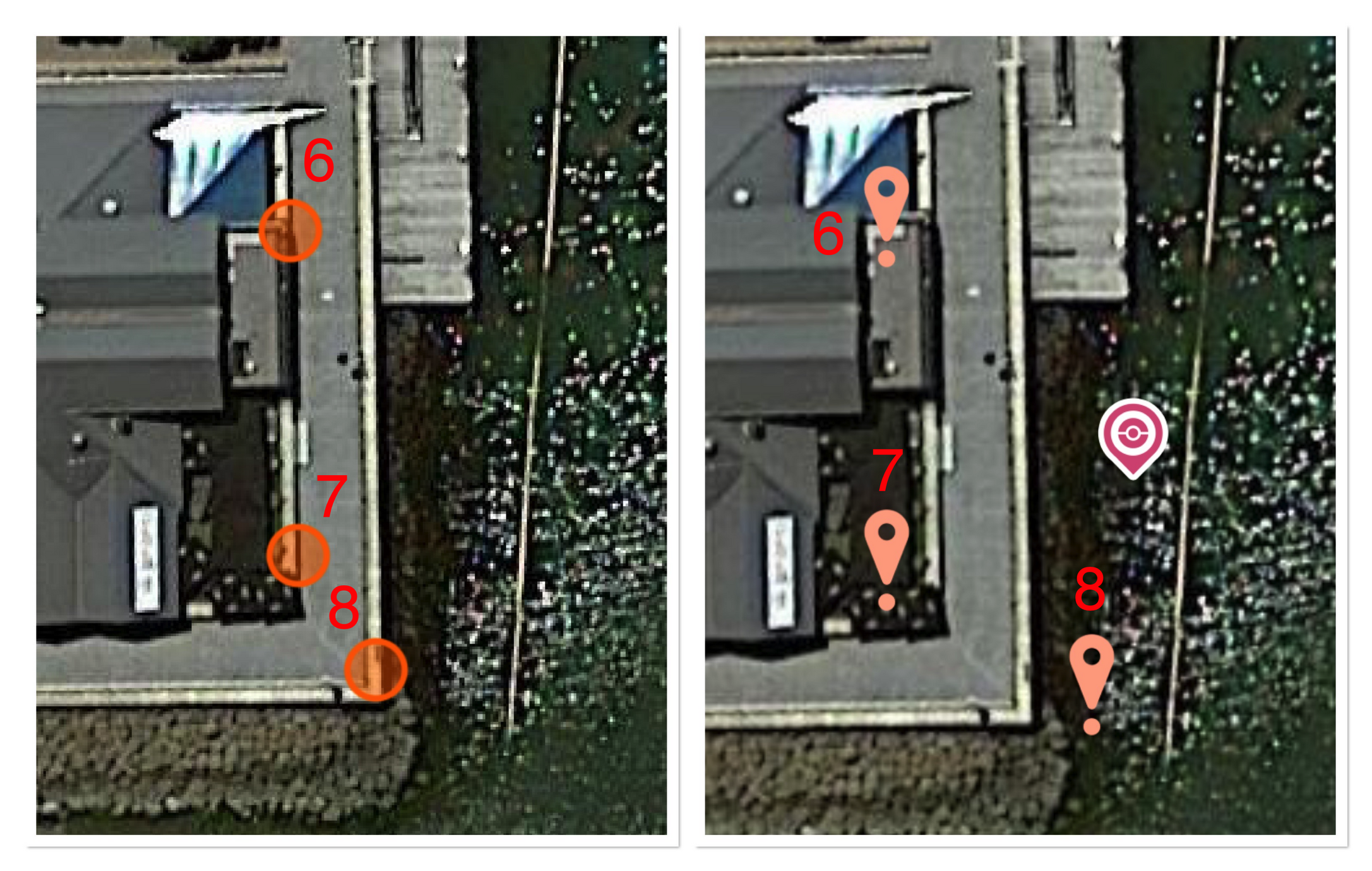 The following screen shows the evidence that the 'off' locations are due to incorrect rounding of the longitude. All POIs on the below screenshot clearly show alignment to a regular grid (red vertical lines). The longitude of these lines was checked with Google Maps, and corresponded to increments of 0.0001 longitude (i.e. four decimal places). By comparison, the longitude of the Wayspots on the Ingress Map are accurate to six decimal places.

At some point in the programming of this display screen, it seems that the longitude is being rounded to the nearest 0.0001 and this is causing locations to be visually incorrect.