What do you consider to be the line between an eligible trail marker, and a mass produced one? 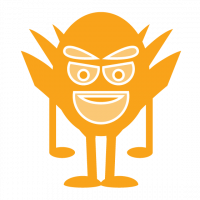 However, Wayfarer also encourages us to reject nominations that are "mass produced". The opinions on where the line is drawn has been very hotly discussed. Some accept most trail markers, some reject all but a few. Some don't believe any trail markers should be wayspots at all, and believe they should be purged in their entirety from the portal network. Some have a healthy balance in between. We can't resort to just using our best judgement on these with no guiding input from Niantic, because different interpretations of what is "best judgement" is the reason this is being so hotly discussed.

Here are some examples of contested types of trail markings (click for sample photos):

There are several trails that reviewers will consistently reject because markers for them are "everywhere". An example of this is the trails for the national pilgrimage trails that cover about 2000 km in Norway and 5000 km in Scandinavia. Reviewers are arguing that since they are all over the place (simply by virtue of being so long) they should be rejected as mass produced despite being arguably one of the most culturally and historically significant trails in the entire country. Those markers all have plaques and/or signs with the names or icons of the trail on them. These trails are long and mostly linear and only very short sections pass through any one city in particular along the way.