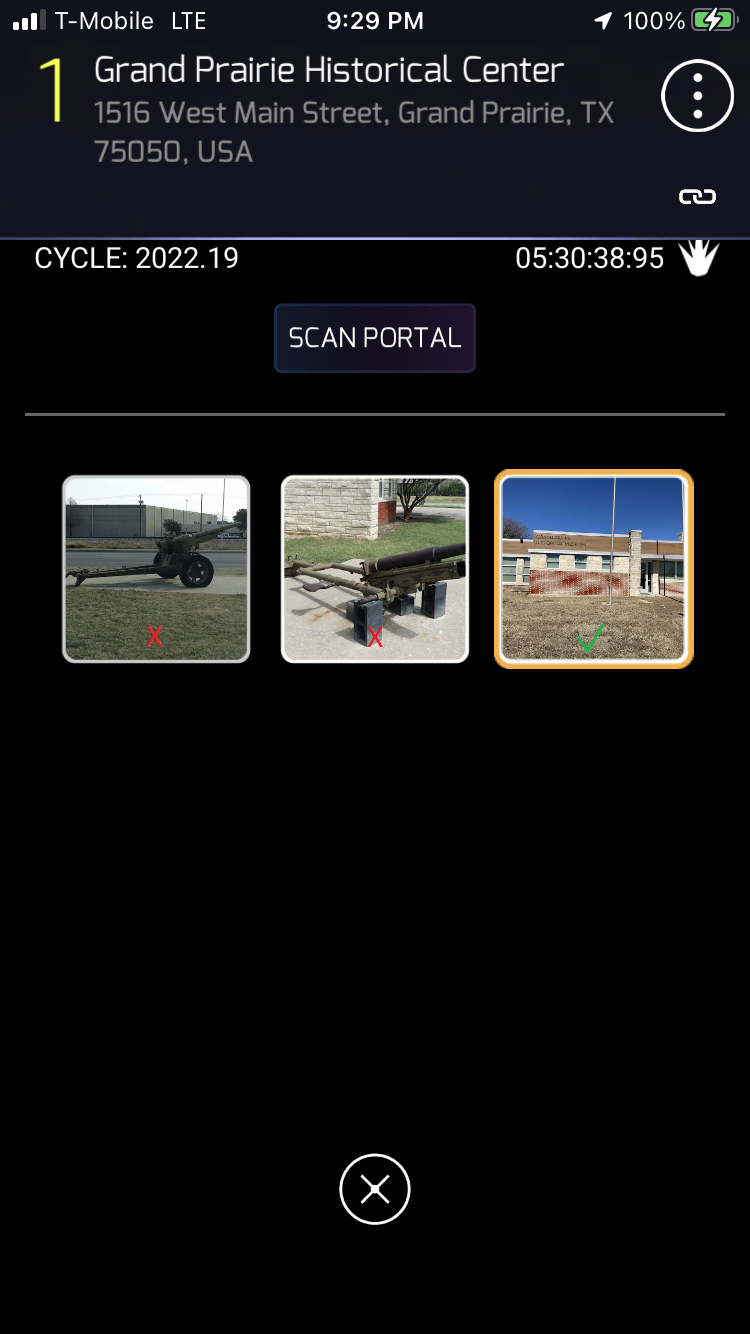 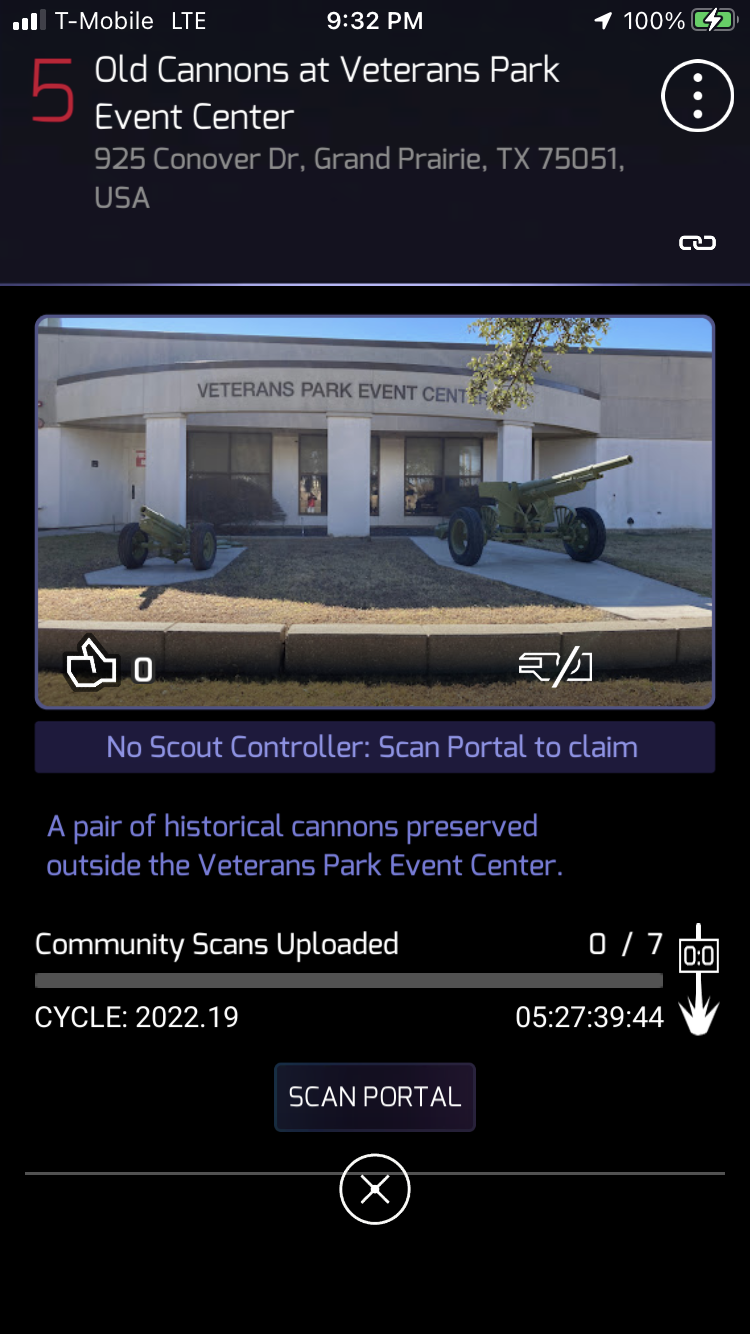 Additional information: The waypoint in question originally had both cannons outside the historical center. Both cannons were moved sometime between June 2015 and November 2017 less than a mile away to Veterans Park Event Center (32.7379238,-97.0183464). Which can be confirmed by looking at Google Street View for both locations.