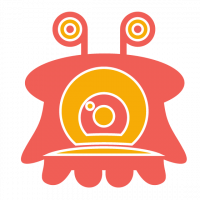 We need a tool to consistantly proof or disproof the existance of portals. The flooding of mimimi in various channels without any objective proofs is unbearable. Measures from wayfarer votings, esp selected out of areas persons unlikely ever have been at those place nor have any idea of actual states is a hilarious nonsense.

99% of the workload and traffic in here as well as the massive accumulation of frustration and intentional cheating by false reports could easily be avoided.

Stale enough that the comment section for reports in scanner is removed, even weirder that there is no possibility to add panorama pictures nor just even plain pictures to send easy visual proofs along mostly well meant approaches to improve the soundness of our portal network.

Instead that actually is a set of frustration buttons, leading to complete randomized and therefore mostly false results. Dear Niantic, i dont have the slightest idea why and how you can find constantly those implementations which will for sure cause the maximal frustration alongside the least possible measure of objective truths - if it werent so sad it really would be very funny ;)

Long speach in short, please find effective options, the current ones are massively ineffective with a way too high frustration potential.