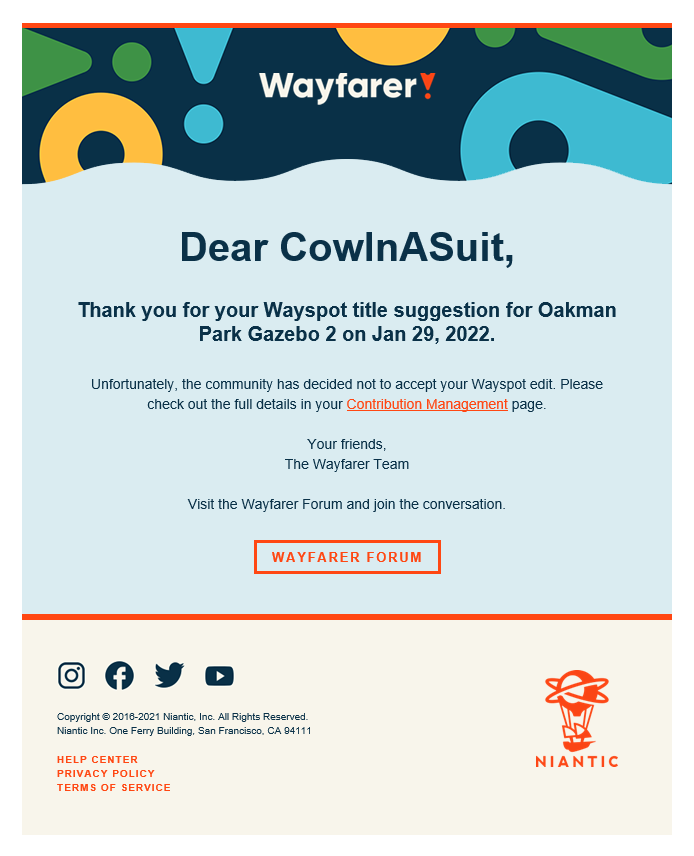 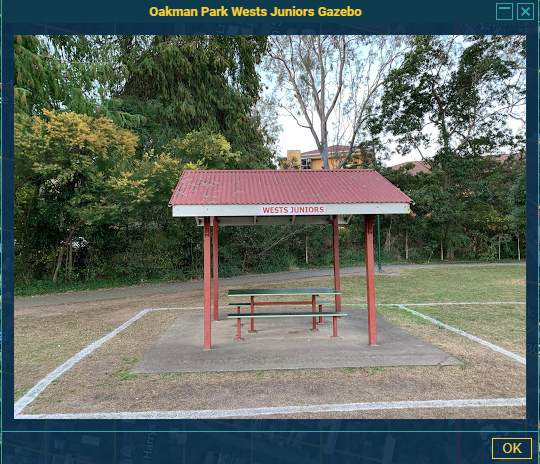 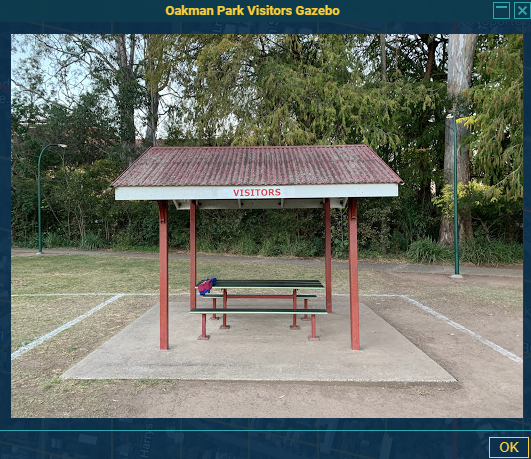 Additional information: The two other gazebos in this park (pictured above) have both already been renamed correctly, however this one was rejected. The other two have been renamed from Gazebo 0 & 1 to Visitors & Wests Juniors. At the moment the name makes no sense as there is no Gazebo 1. This third gazebo should be named after the umpires as the other two are named after the two teams, therefore it should be called "Oakman Park Third Umpire Gazebo". The name references the cricket umpire which remains on the side line to act as the tiebreak in the case the two on field umpires disagree.