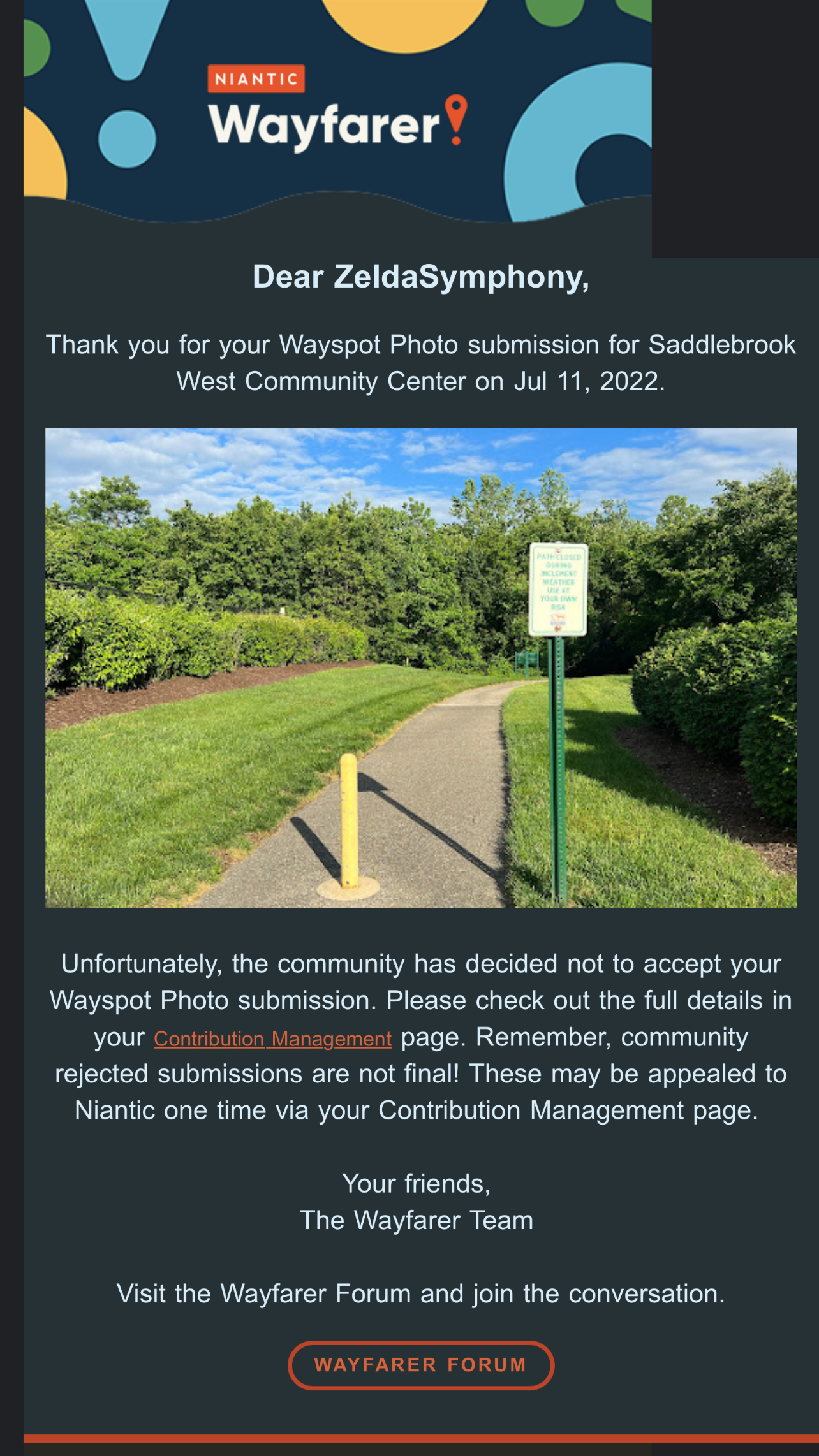 The issue with this wayspot is that it’s invalid. There is no community center. It’s simply a building for storage equipment for pool maintenance, a break room for lifeguards, and bathrooms for those at the pool.

By definition (a place where people from a particular community can meet for social, educational, or recreational activities), this building is not a community center.

Instead of removing it, we can keep the wayspot for both GO and Ingress and make it into something that actually exists.

If we move it here (39.0005209, -76.7428406), it represents the missing bike path and becomes a valid location. A pool storage building with non-public restrooms is not valid compared to the entrance to an exercise path entrance.

If the photo gets approved we can then correct the title, description, and location. This keeps a wayspot in Go and Ingress and does not mess up portal history or keys or whatever Ingress does.

I personally do not want to lose a stop but I care about accuracy more than abundance. This change satisfies both.