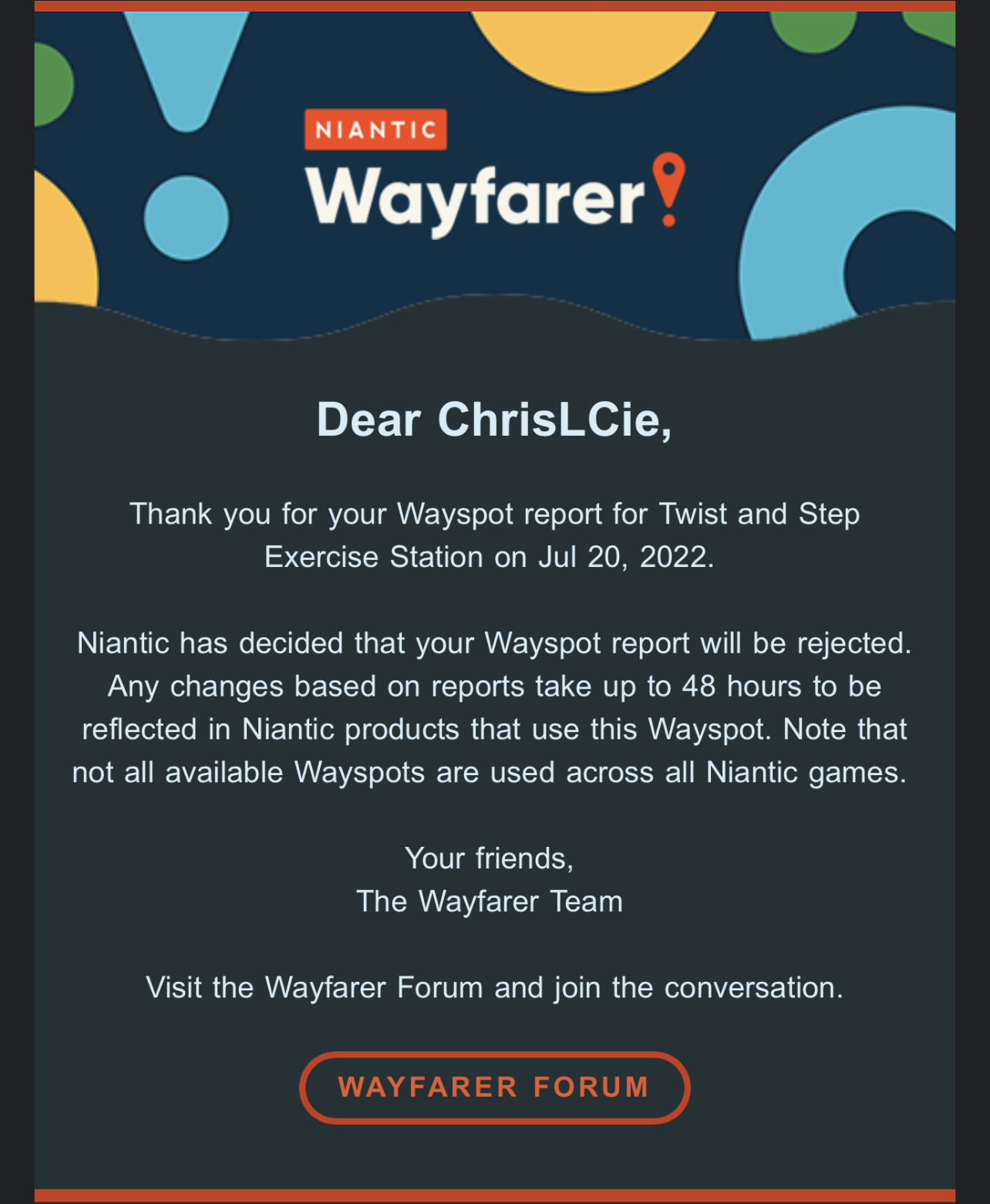 Just posting per instructions of @NianticGiffard in a DM. This is a duplicate of a neighboring wayspot that is actually this one but the name has not yet updated. Photo was approved by sync is delayed.

Please close discussion as this is just to report that I did the rejection steps and requires no further discussion. Thanks!