Here is your run of the mill survey mark nomination which is frequently found in local review areas. 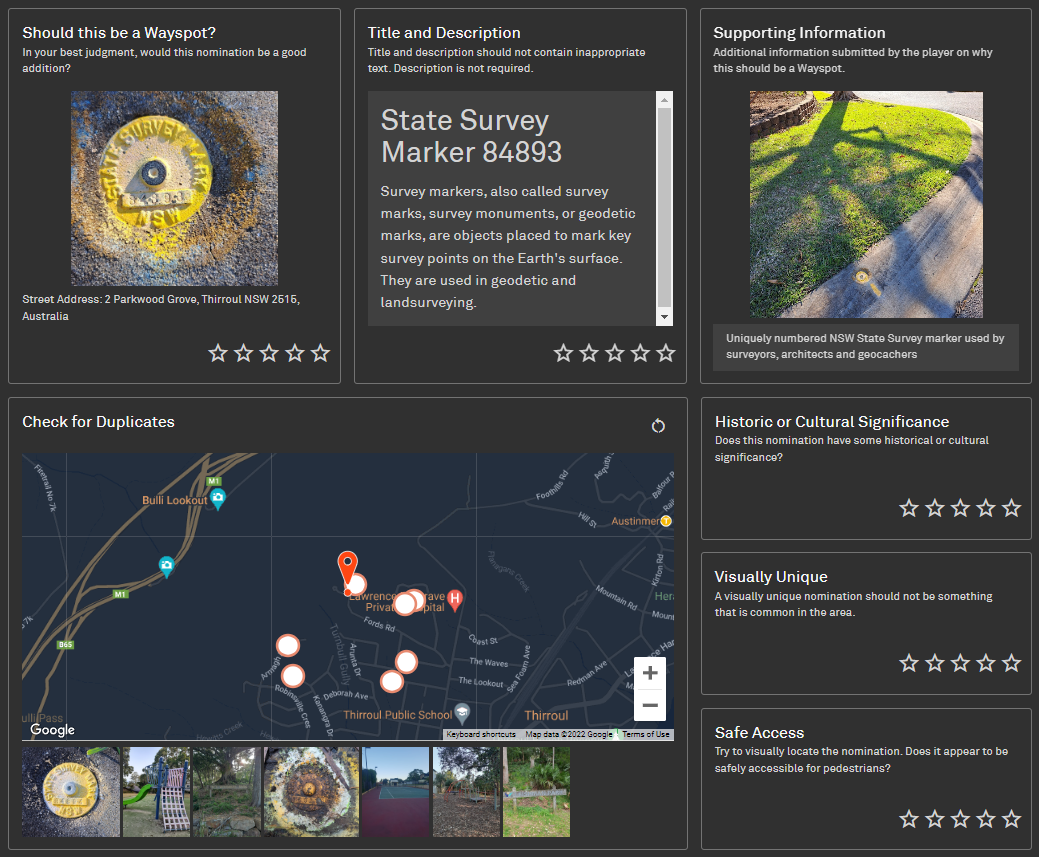 The description is a direct copy of the first two sentences on Wikipedia:

This description is replicated almost everywhere throughout New South Wales. A copy and paste of the Wikipedia definition which proves the point that these nominators have absolutely no idea what these are, they just submit these because they are approved elsewhere. Now that's not the only thing.

Additionally, the Niantic Wayfarer Twitter tweeted the following in response to the eligibility of survey marks:

This nomination of a cast iron water valve directly copied and pasted the Niantic Wayfarer Twitter's tweet above in this false nomination (incorrectly attributing this as a survey marker) below: 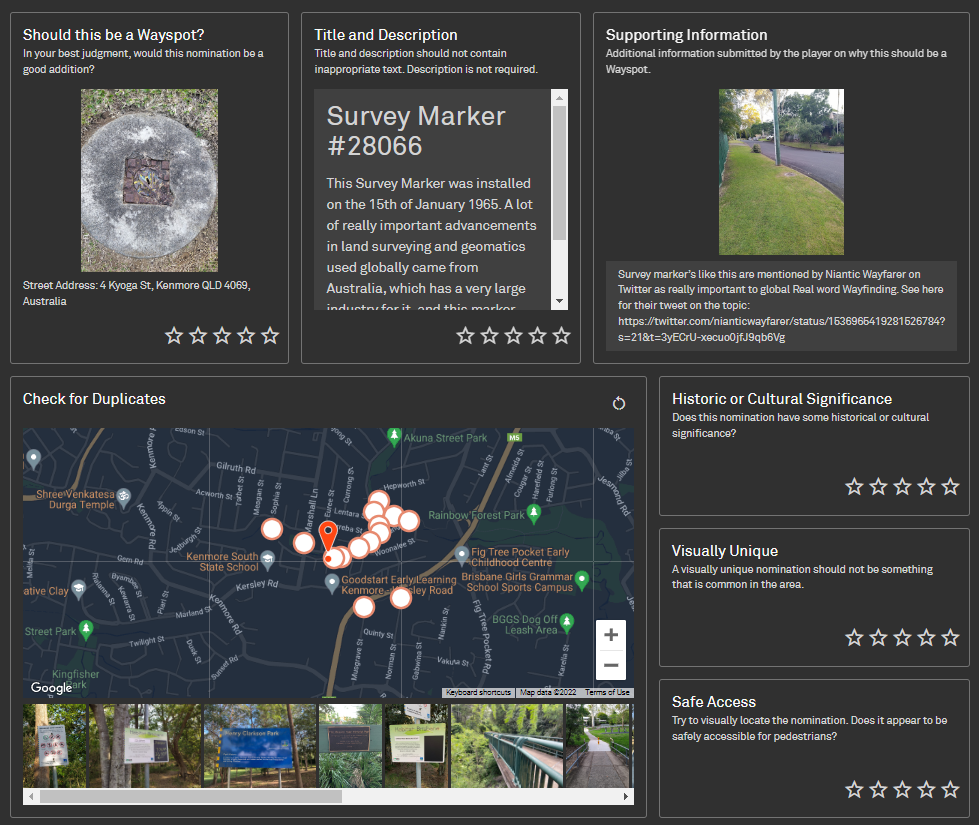