What to improve in my 2 first nominations

a couple of months ago I became eligible to nominate new wayspots and recently I wanted to try it.

One of the nominations was half forced. My parents live in the suburbs of a small town near a forest, which is a recreational place for a bigger residential area. In the forest there are no spots besides 1 gym placed at the WWI cementary. I thought that the entrance to the forest would be a good nomination, as there are tens of people on weekends, but apparently it is not. It was rejected due to being a natural feature (?) and a low quality photo (which I'm sure is not the case). 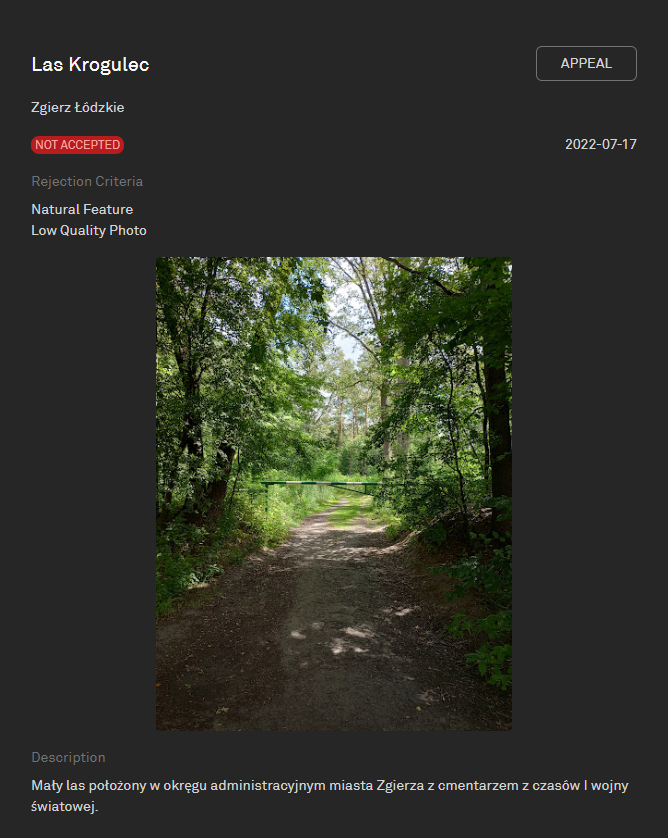 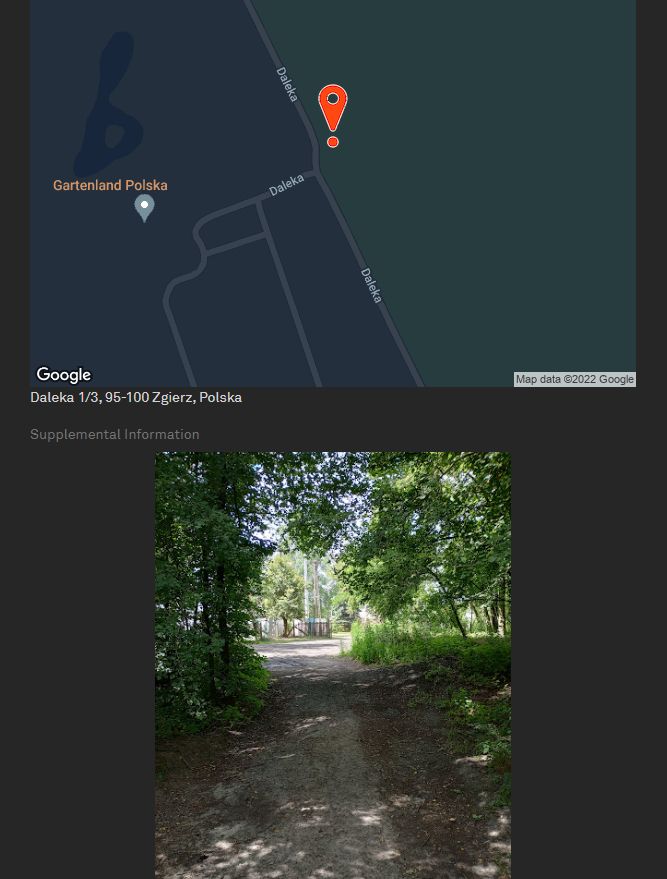 The second nomination was purely spontaneous during my last trip and it is a bunker from WWII. The bunker is a part of a fortified area and there are 6 of these in the vicinity, of which 1 is already a Pokestop. There are no differences between them: both are reachable from the same village, both are near a rural road. I have no idea why mine was rejected. 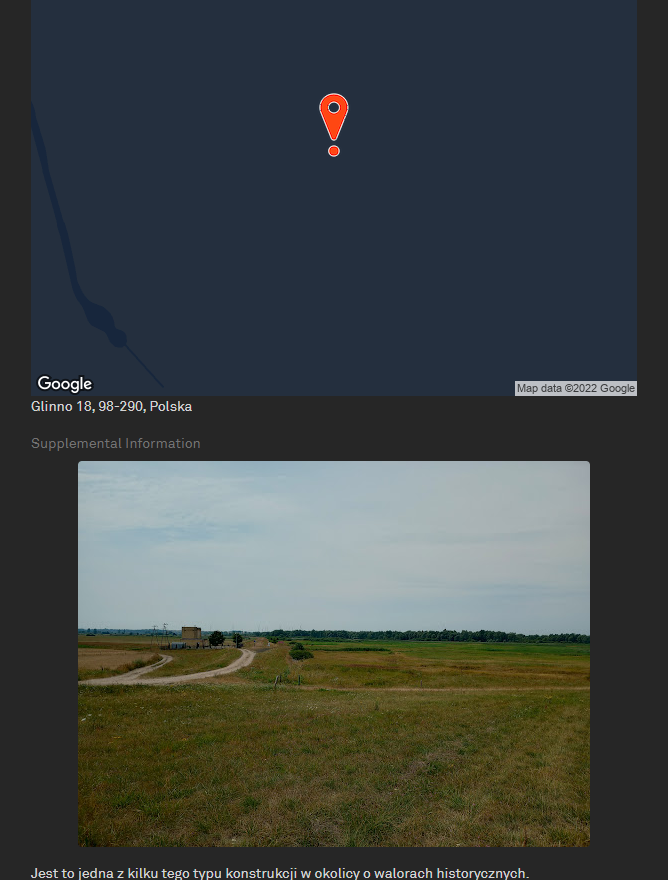 If the reviewer actually did some research, they would have found a very similar photo taken from the top of the bunker. I just googled this exact village in maps and it was taken 5 years ago: 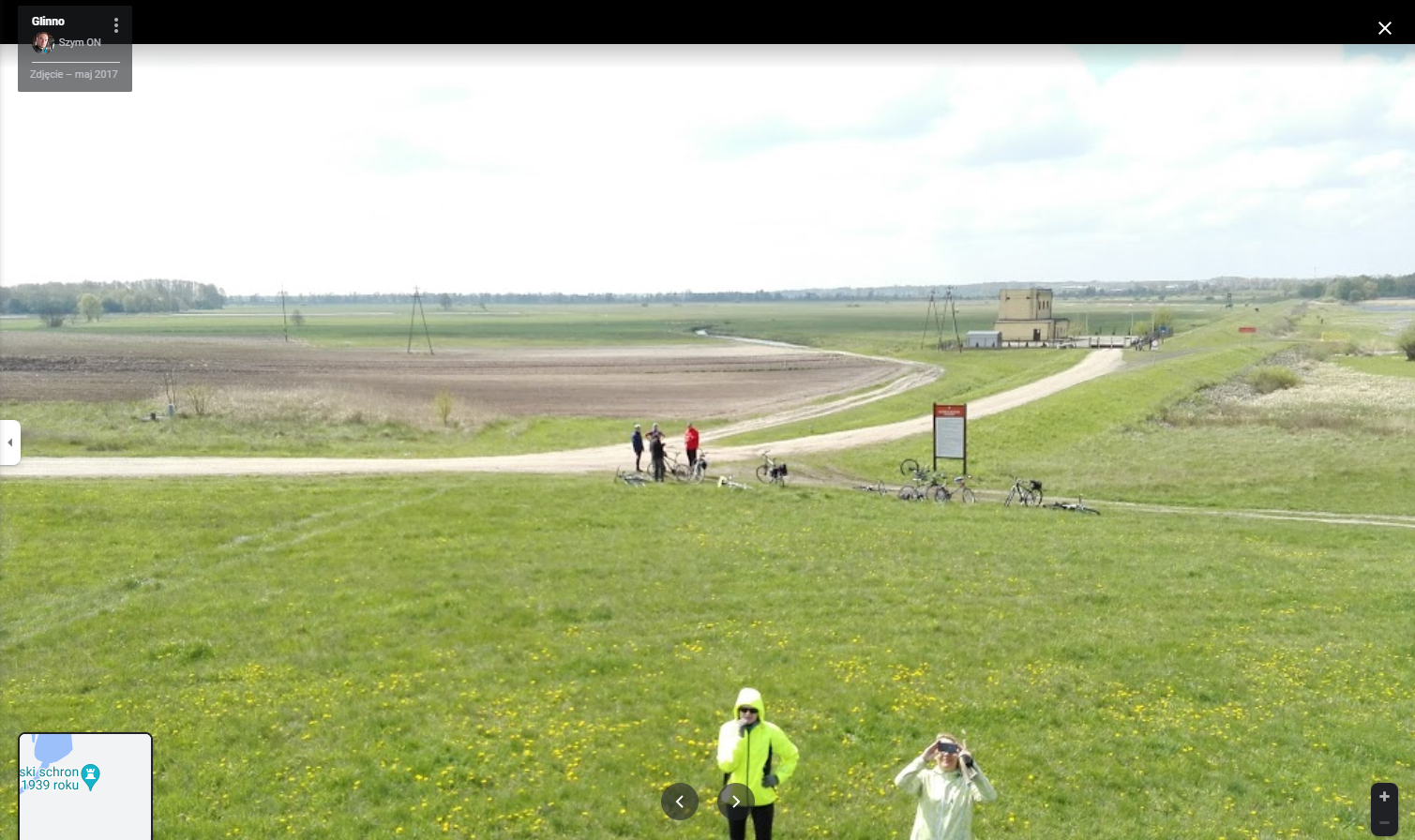 Are those 2 nominations really invalid and can I improve them somehow or is it just a malicious whim of the reviewers? How would you rate these?