In my local park along a footpath there is this odd feature. It essentially catches water falling off a small cliff/overhang and diverts under the footpath.

I think it is worthy of a nomination. But I want to get it right To me it is is unique. You have to explore to find it. But I can find nothing about it on the net and have never seen anything quite like it. It is not a pipe. It is not storm water drain.

Anyone have any ideas on how I can nail the criteria? Or should I just go for it. Thanks for any help ;-) 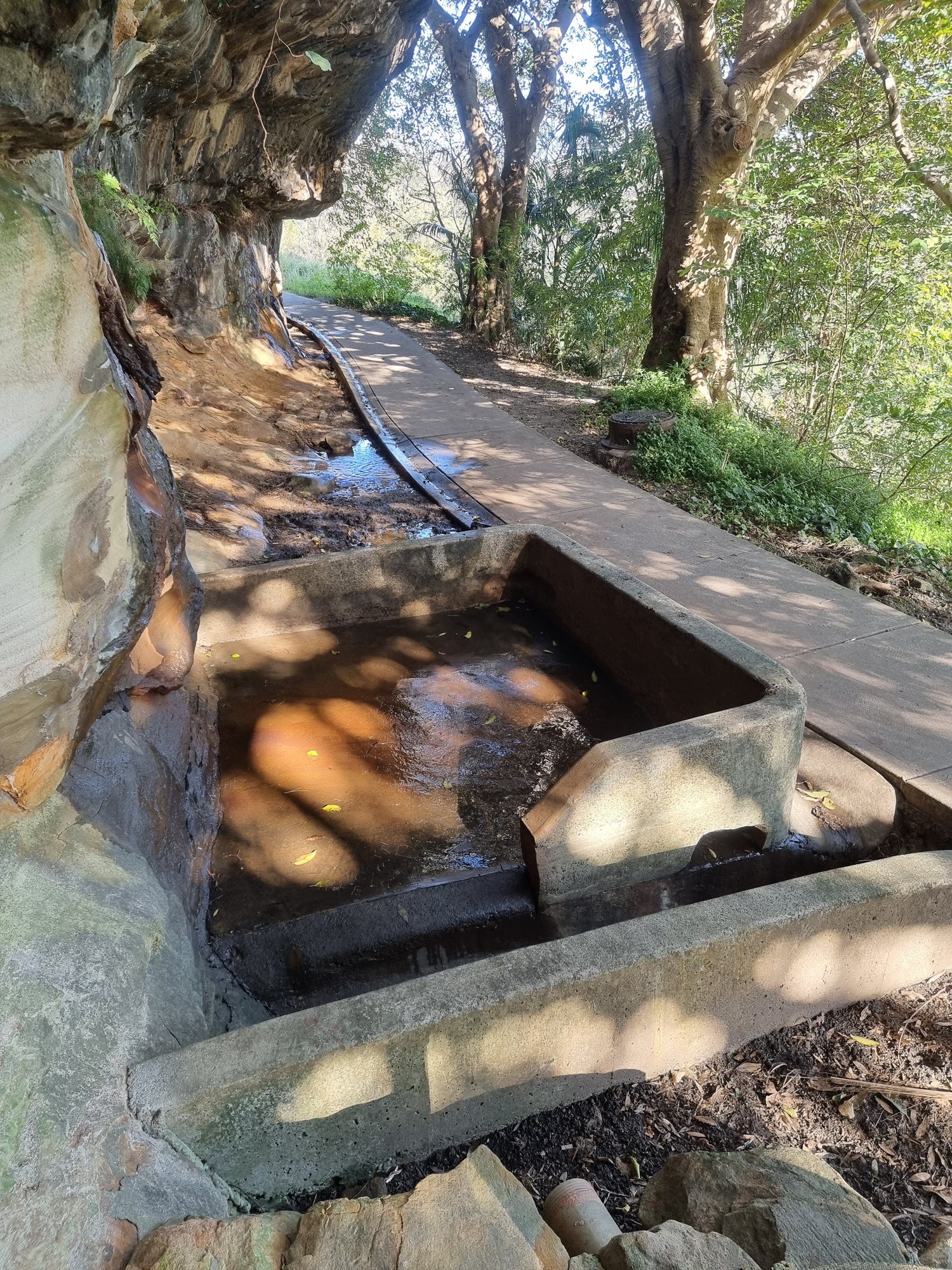