Rejection getting out of control - or what is your opinion on this nomination?

Just got a absurd rejection of my nomination: privat property and seasonal object 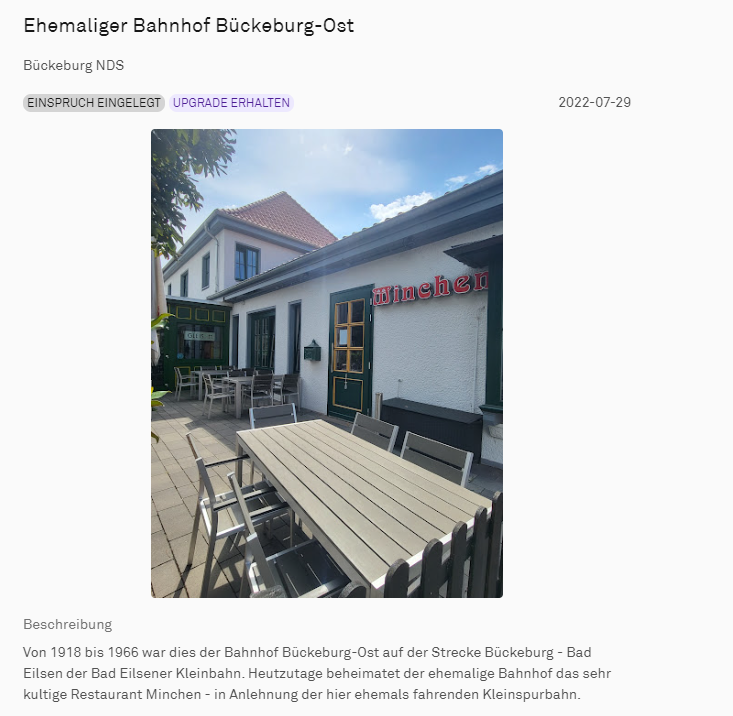 Description: From 1918 to 1966, this was the Bückeburg-Ost station on the Bückeburg - Bad Eilsen line of the Bad Eilsener Kleinbahn. Nowadays, the former station is home to the very iconic restaurant Minchen - in reference to the small-gauge railroad that used to run here.

It should be clear, that this isn't a seasonal nomination nor on privat property since it's a restaurant.

What can I do to prevent this from happening (and wasting another upgrade) again? What is your opinion on my nomination?