This is a bit of a weird appeal, so please read through it first. I'm fully aware that it's not possible to appeal rejected photo submissions anymore, and the community did correctly reject this picture under the normal rules, however the Wayspot in question isn't "normal".

In Ingress, there exists a "moving" portal, a van called NL-1331. While technically a Wayspot, it is only visible in Ingress, and not in other games like Go or Pikmin. During events, Niantic takes it out and drives it around the world, meeting agents everywhere. Agents in turn make hundreds and thousands of pictures of the van, and a lot of them are submitted as new pictures to the Portal. Before Wayfarer, when Niantic still reviewed pictures themselves, they normally accepted these pictures even if they fell outside of normal picture rules, mainly the rules about people in the pictures and visible licence plates. After Wayfinders started to review pictures, these new submissions also appeared in their queue. As I'm sure 90% of Wayfinders don't know about the van, they (correctly) reject most of the new pictures, as it happened to me as well: 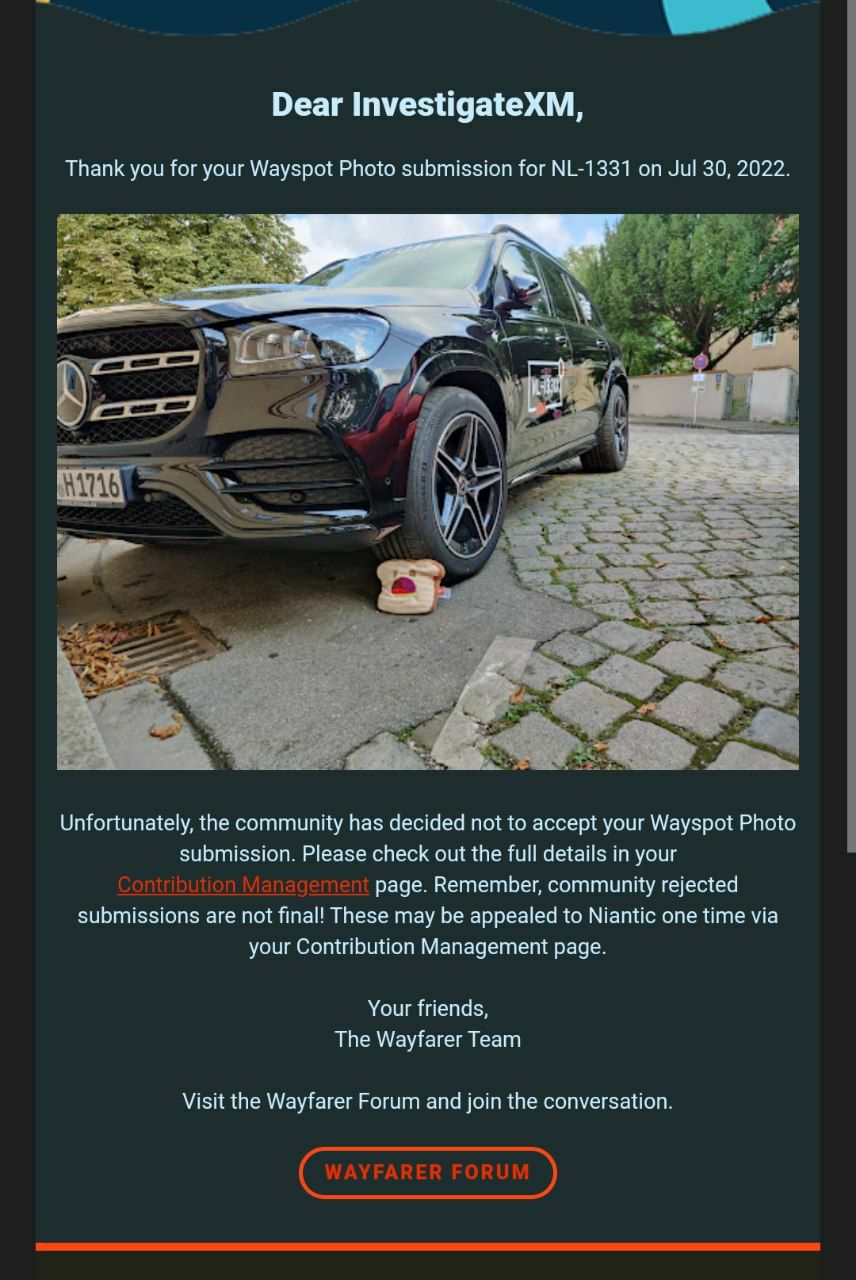 Seeing as the Van has hundreds of special pictures, which also include Ingress items and other agents, as well as it is an Ingress-only portal, I'd be grateful if this Rejection could be overturned and the picture be added to the van. The Toast plushie that is visible in the picture is Ingress merchandise as well.