An Interesting Visit at My Local Park

Was engaging in my usual evening ritual of a sweep around the neighbourhood to make sure new/recent wayspots had appeared as expected (even if a couple of them haven't appeared on the IITC map yet) and paused at one of my local parks to... 'cogitate on the added exercise I'm getting of late'.

I paused and took seat on one of the benches and, while waiting for the Gym in that park to tick over to a Raid, suddenly received visitors. No, this time it was not the police coming to find out why 'an old man' was sitting on a bench... in a park... at night... on his own, which is what happened a few weeks ago.

This time it was the local volunteer fire brigade unit.

They 'suddenly' rocked up, rapidly disgorged firefighters from within their two vehicles and... lo and behold... began to fight an imaginary fire in the middle of the park, right in front of me.

It was such a shock to see it happen and, knowing few would believe me, just had to take a photo... 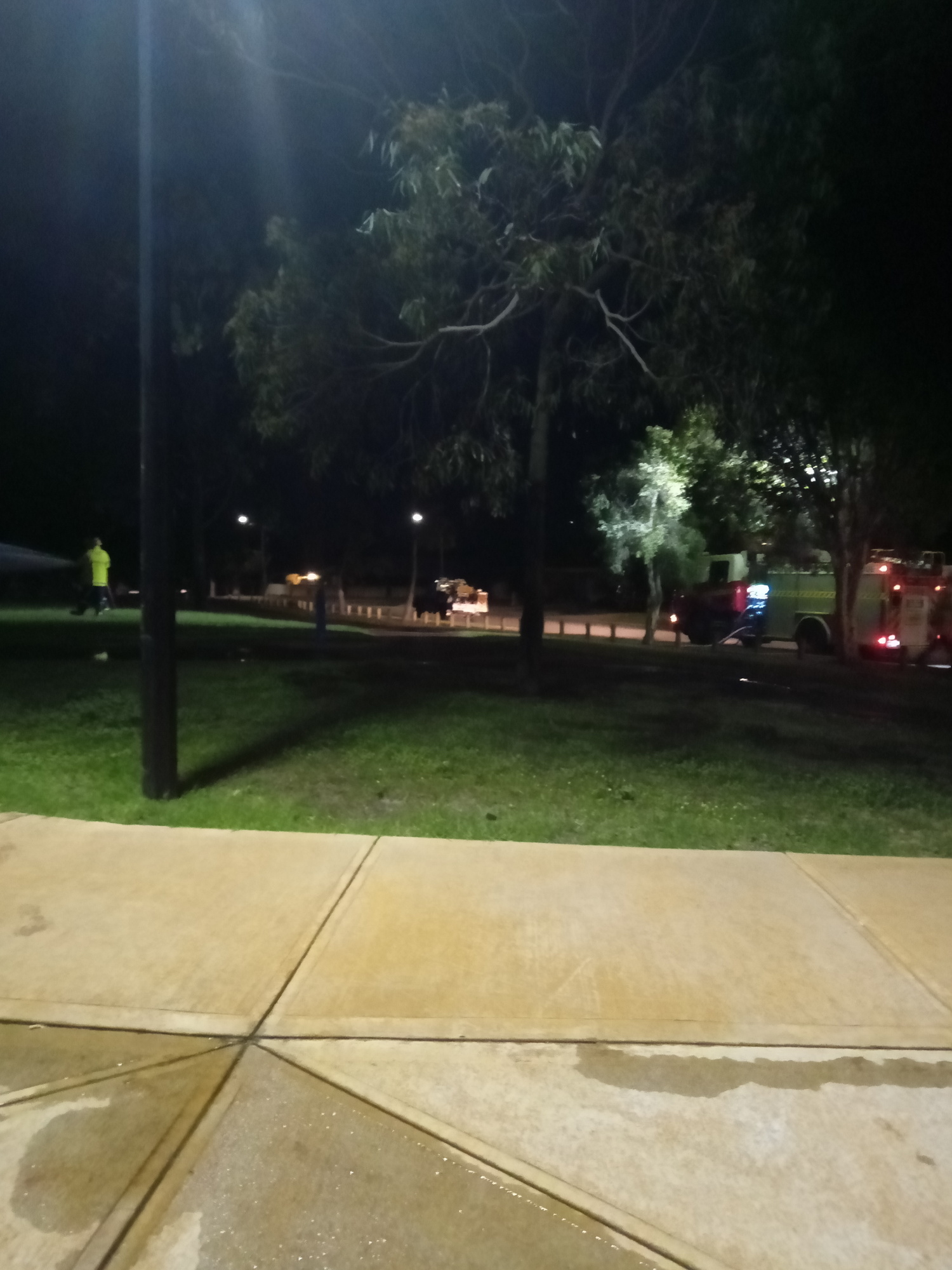 Sorry for the blurriness. I was still in some level of shocked surprise.

They had traffic management in place to the right of the photo (who directed all of two cars for the hour they were there) and proceeded to thoroughly soak the grass, hose down the half-court basketball court (pokestop and portal)... 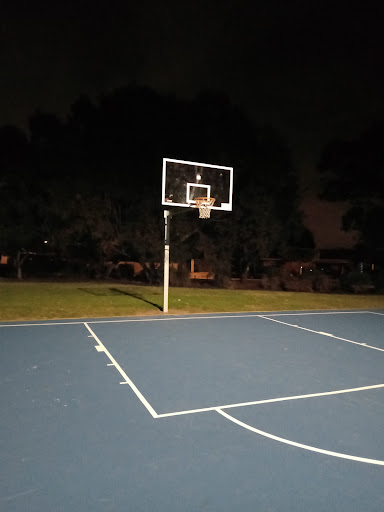 and the playground equipment (portal only)... 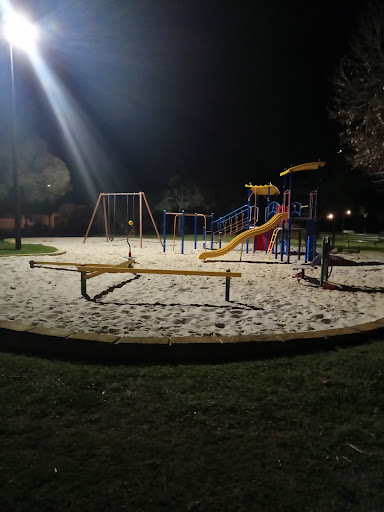 I'd only recently had accepted as wayspots.

I'm just glad they didn't do it the night before last. I sheltered under that tower for the slide for a half hour when it suddenly started heavily raining.

What an absolutely odd experience.