It is a great old sign but it should have been removed by the "Safety House" community program when it ceased operations in Victoria in 2013.

The continued presence of this sign itself poses a risk to public safety as there are no accredited "Safety Houses" remaining in Victoria.

The sign has been reported as a safety risk to the Hume City Council.

Sorry to the trainer who nominated, but a good outcome from Hume should result in the removal of the sign. Maybe ask Hume to put a proper park name sign there instead? 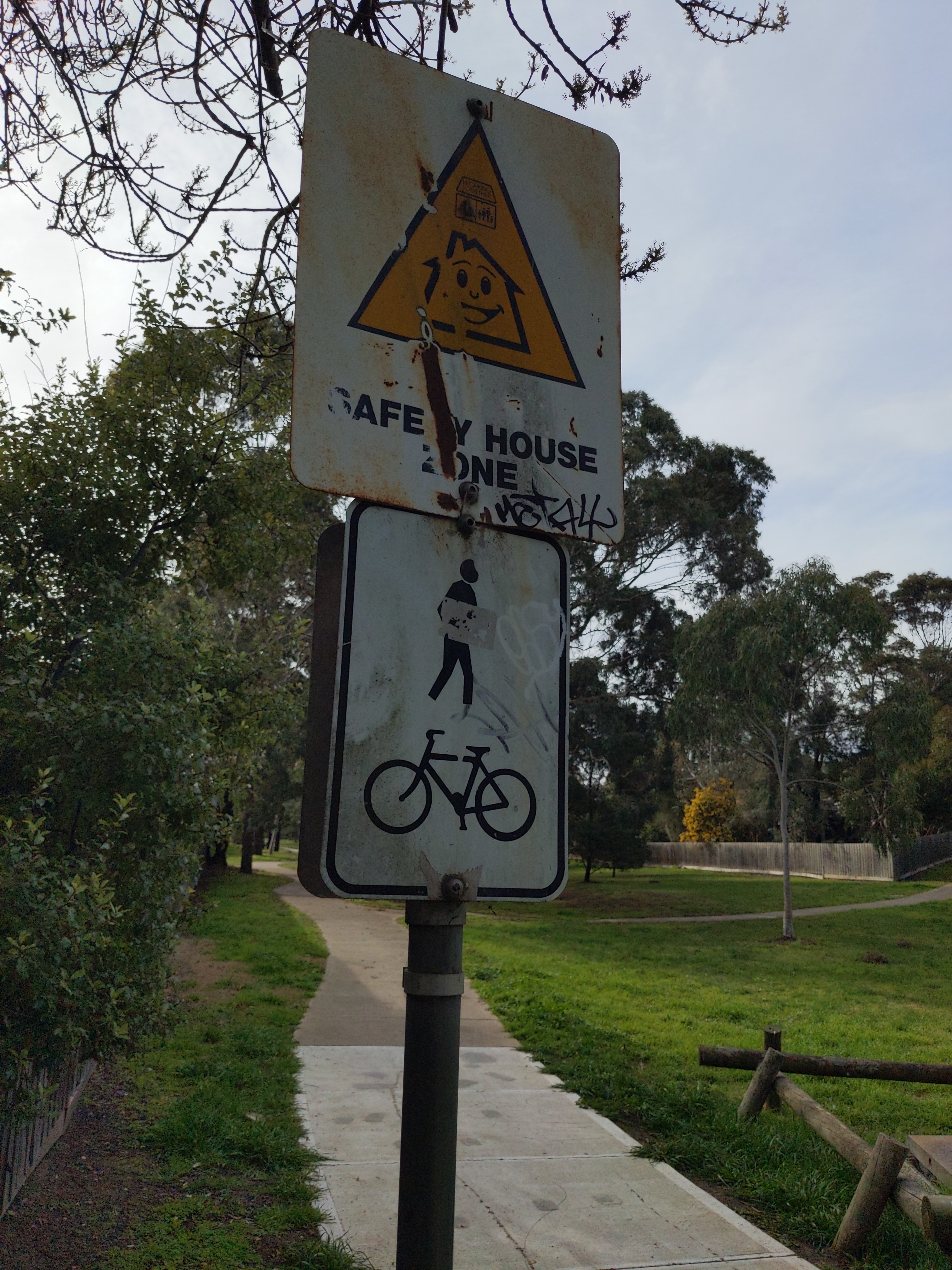 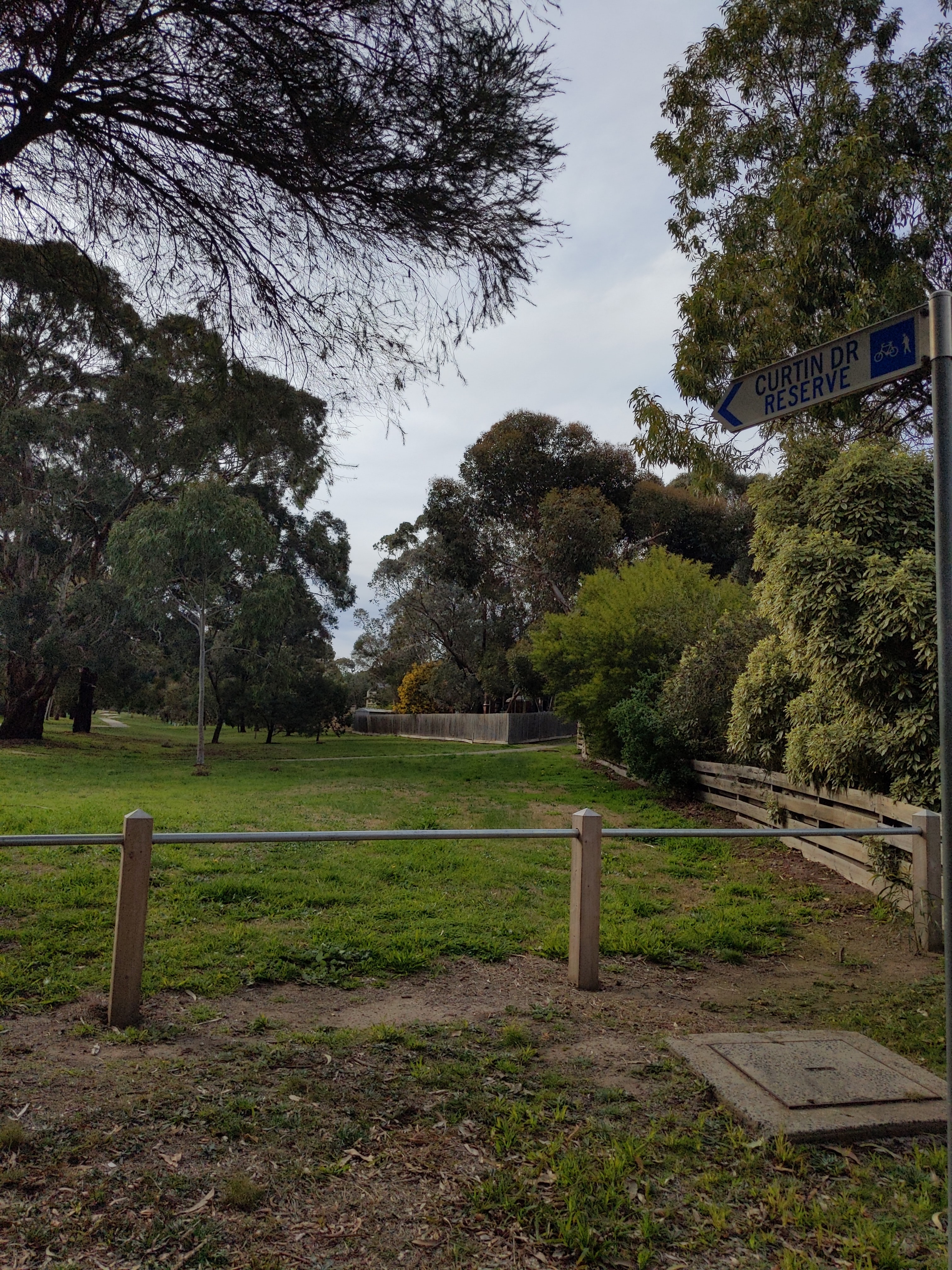