Graves are difficult candidates since ever and only exceptional stuff for accepting.

I'm fully aware of the rules for that kind of candidates:

In older criteria-version and even back to OPR there was the additional exception-criterion, that graves should have a minimum age (guess it was 25yrs).

Also Niantic is very fast in removing wayspots from graveyards, when they are reported. But removal criteria and reviewing criteria are two very different animals.

I'm not even sure, if this thing is a grave. The inscriptions are very different from usual graves. It's made like a memorial, but nethertheless the woman is buried at this graveyard. And since this thing is located at a graveyard it's okay to treat it like a gravestone, and neglect nitpicking whether it's a grave or not. 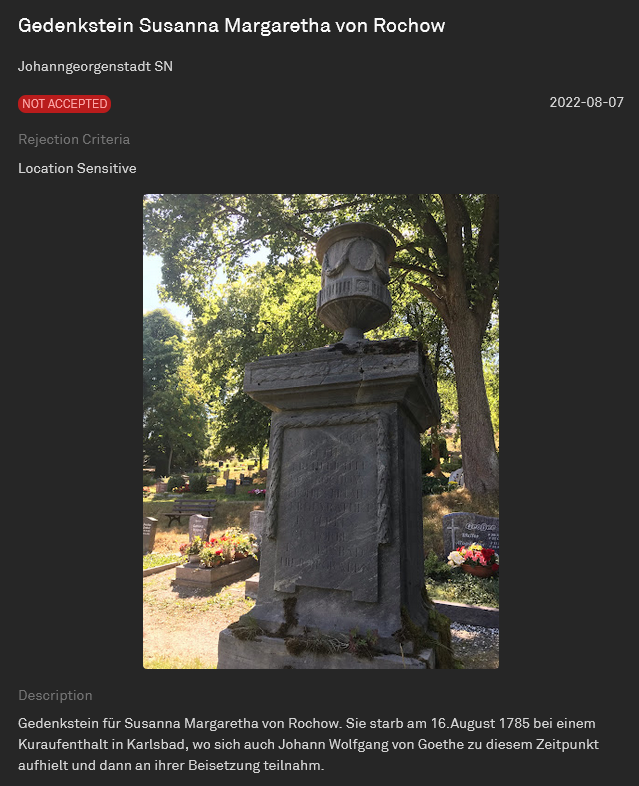 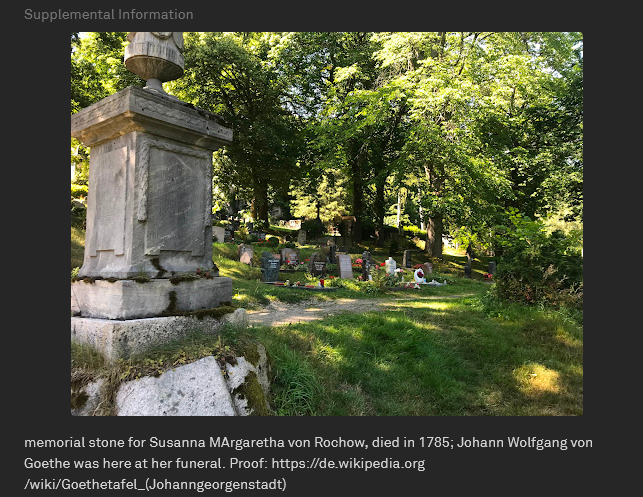 What we know about her:

So lots of these facts are very strange, and you can draw lots of conclusions ..... marriage, that looks like trading money for high nobility... and because of that not being buried at home ..... affairs between Goethe and her or her daughter .....

The location is at the entrance area of a graveyard. 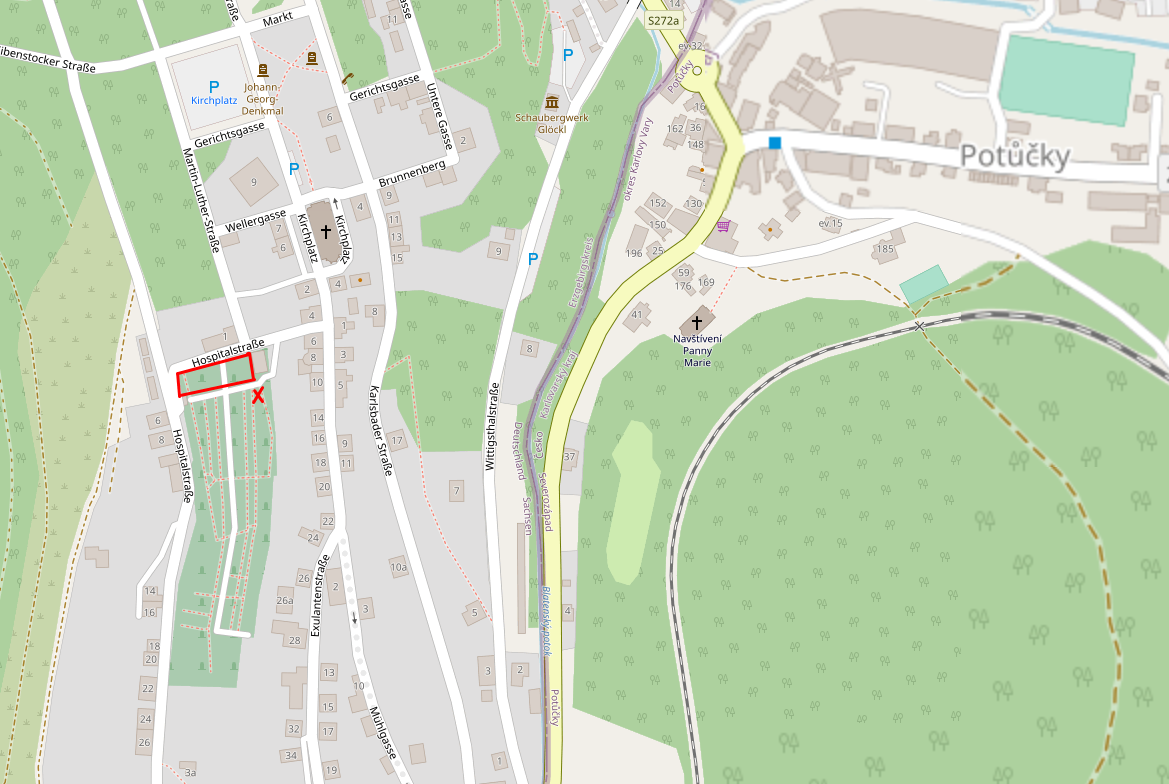 red area is an inactive part of the graveyard with big cryptas and tombs, latest ones from the 1920s.

red cross is the memorial. At its location the active part of the graveyard starts. So you can see the graves in the background.

So for resubmissions I could trick the reviewers by taking a picture from the back of the monument, but I dont want to do it that way.

So the question is:

Am I right, that this thing fulfills the exceptional rule of the ineligibility criterion?