Title of the Wayspot: Whale of WEM 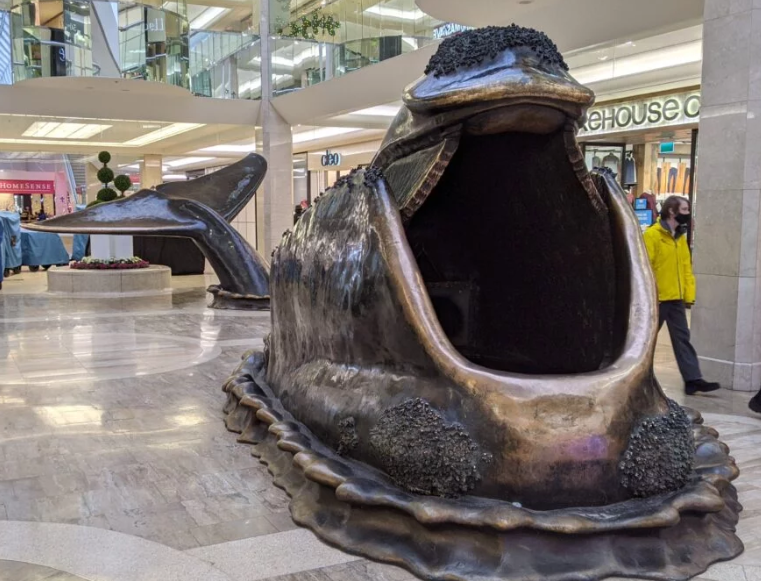 Supporting Video: Here is a supporting video describing how the statue was moved to its new location

The Whale of WEM gym has been a popular Wayspot for trainers to raid at in Edmonton for at least 5+ years. However, the location in West Edmonton Mall where the statue was located was renovated during the pandemic to put in a Toyota dealership, and the statue has been moved to a new location in the mall about 100m directly south of the original location.

When I was reviewing Poke Stop submissions last week, I saw that someone submitted a new Wayspot for Whale of WEM and I marked it down as a duplicate, so it was possibly rejected? However, today when I visited the mall I realized why the statue was submitted as a new Poke Stop because it was moved from the original location.

I then submitted it as an “Invalid Poke Stop” today as well, but I’m afraid this is not the right channel to correct the location because the gym may be removed and all the trainers stats will disappear. (E.g. I have Victories 71; Time Defended 8d 4h 23min; Treats 84)

Is it possible for Niantic to move the location of this Whale of WEM gym to the new coordinates without deleting the current gym and resetting all our trainer stats? 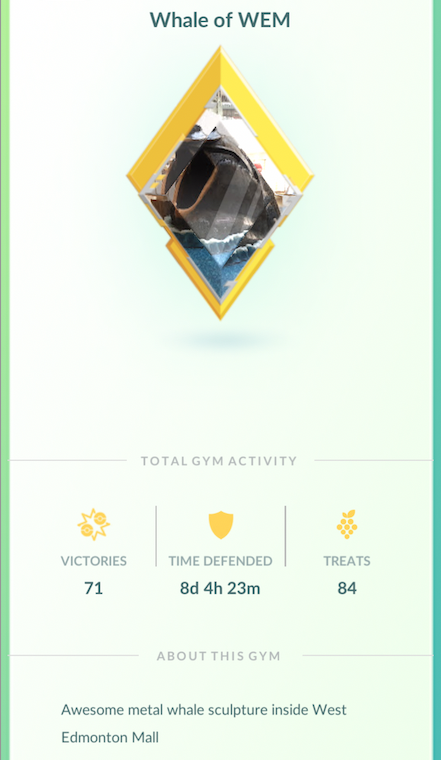 Also, FYI a small detail is that the new Whale of WEM location is on the first floor of the mall, and almost directly underneath a Poke Stop called “The Rec Room” which is a business on the second floor of the mall.