Why is it so hard to polish the game board? 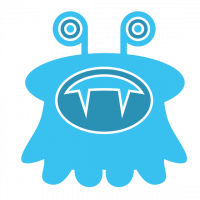 Let me preface by saying I’m proud of my city. We were ranked amongst the best cities in Canada, sometimes the best one, multiple times by a few media outlets in the past few years. That sense of pride and patriotism is the reason why wayfarer passionate me, I want to share my beautiful city and everything it has to offer with visitors.

Now here comes the problem: living in a vibrant city makes it so a lot of stuff is always moving. I’m using my city as an example but I know I’m not the only one with this problem. In the last month, they announced a new sports complex replacing a park, they’re renaming the library, a sports field. Lots of sports equipment are moving a few meters away in some other parks. They’re updating to cleaner playgrounds, baseball and basketball fields. When it’s about making new POI, it takes half a year, but it’s ok because we have the possibility to speed things up with an upgrade. But because of the proximity with a major city, edits are taking forever (literally, I started wayfarer in 2019 and some edits haven’t concluded yet) and there’s nothing we can do about it. I just know the library freshly named after a very famous local entomologist is going to be called “library” until 2026. Niantic will not remove anything if it’s visible on the very outdated satellite view, unless we makes a strong case for it on the forums, which is tedious. The cherry on top, pictures used to have priority in voting but now they seem clogged with the other edits (correct me if I’m wrong).

So, why is it so hard to polish the game board? When I review, I accept grammatical mistakes and poorly named POI as long as they somewhat define the object because I know it’s easier to pass an edit fixing the name than to pass the POI in itself. If I recall correctly, that’s what we are asked to do. But over time, it leaves us with a disgusting game board filled with grammatical mistakes and pictures taken at night. All of that because if you live somewhat close to a major city, nothing is moving. My solution? Why don’t edits have priority over normal nominations? Edits are some of the easiest agreements because 99% of the time it’s black or white. There’s no wrong answer, it’s “baseball fiel” or “Baseball field #2 at __ park”. There are probably also significantly less edits than new POI nominations (if I had to guess) so we could get through the backlog pretty fast. Other solution: I heard we will be able to look at edits on the wayfarer website soon(tm). Can we upgrade them? I don’t care, I absolutely will upgrade an edit to change the name of the local softball field to the new name that commemorates a late local volunteer.

I’d love to hear what everyone here thinks, maybe I’m the only one caring about having clean portals/pokestops. I just strongly think if Niantic really is about making us explore, then everything in the game should be welcoming enough to make you want to leave your house.