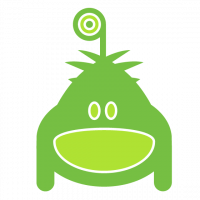 Back in march I made this thread appealing for some deleted wayspots by the beloved opposed faction in retaliation (Raven and Purple Boy) it was stated in some comments that they don't have safe access because they're not right next to the sidewalk, even though those wayspots are safely reached from there without any need to cross the street.

But then it came to my mind that actually THERE IS a safe access to position yourself right above the wayspots probably without risking your life, but it requires a bike, that's because that overpass where the wayspots are painted on also has a bike path on it that let's you stand right above any wayspot that could be located in that wall.

I'm not talking about if they were elegible or not, cause at least the community chose to accept them. Looking at the situation from where I proposed, do you believe those wayspots should remain deleted? Should I go for an appeal? Or... is stopping in that bike path to interact with the wayspots considered too dangerous even though it is wide enough for nobody to roll over you? I mean, there are wayspots that require boats for you to reach them and these that require a bike in the strict way are not allowed?

Now I ask, what removal criteria do they meet?