I must say, I'm disappointed. There's a gazebo in my neighborhood that seems like a slam dunk approval. But it got rejected on my original nomination and also on my friend's original and appealed nomination. I'm worried my appeal will be shot down too.

This gazebo has benches and is designed for people to walk to and sit in! Even if someone looked at it and thought a person couldn't walk to it and touch it safely, the stop is very reachable from the safety of a nearby sidewalk.

I guess I have the advantage of being able to see it in person, but I'm still frustrated I can't get this into the game - ugh!

Sorry... Thank you for letting me vent! 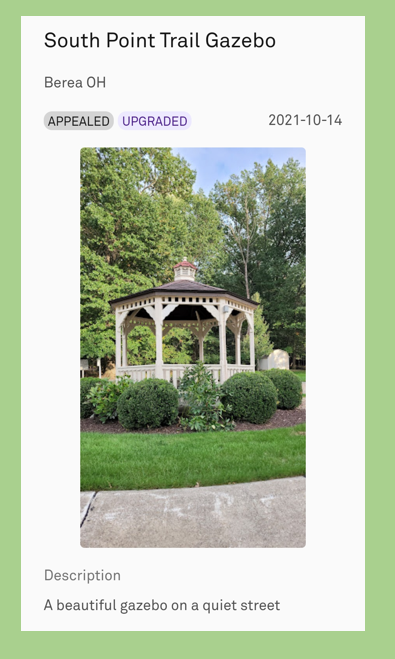 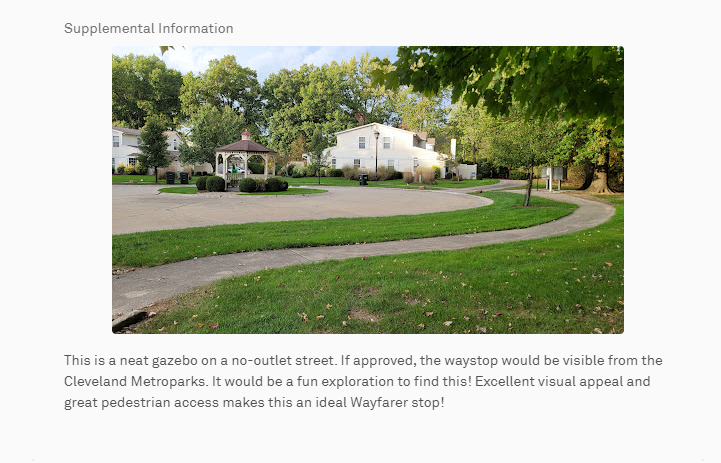 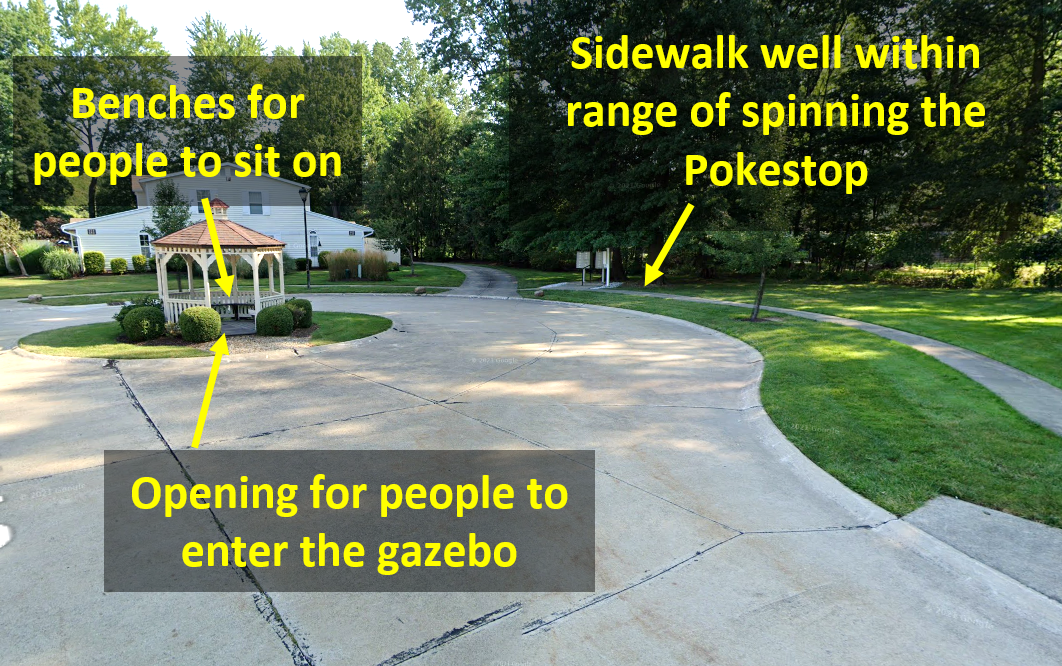