The games in a park, are they just one portal or can they be several?

Hello everyone, I have a question and I would like someone official to answer.

I play in different cities of Santiago, because of my work and my studies at the university I move between various locations, so together with other players, we try to create portals where there are none, to make the game more accessible to everyone, especially in these times where the virus cannot get out.

The thing is that the games in the squares are postulated individually, not as a whole, and the portals are always approved, we use this criterion: a series of games next to each other (separated by no more than 2 or 3 meters) is an integer, but if the game moves away from the others by more than 5 meters, it is taken as an independent game.

This is how we achieve that the parks have more portals for everyone, we know that we will never have the level of portals like in the United States or Japan, but we try to improve access.

But now an agent appeared who marked all the portals as duplicates, according to my opinion, the information was falsified, taking advantage of the fact that Google Maps and Street View is not updated here.

I put this example, it is a bit of an exaggeration, but it represents the point: If in Central Park of the United States, there are some games on one side, and on the other side of Central Park there are other games, then they cannot be applied for separately because they are part of the same park?

I will leave the images of the park in question, I await your opinions. 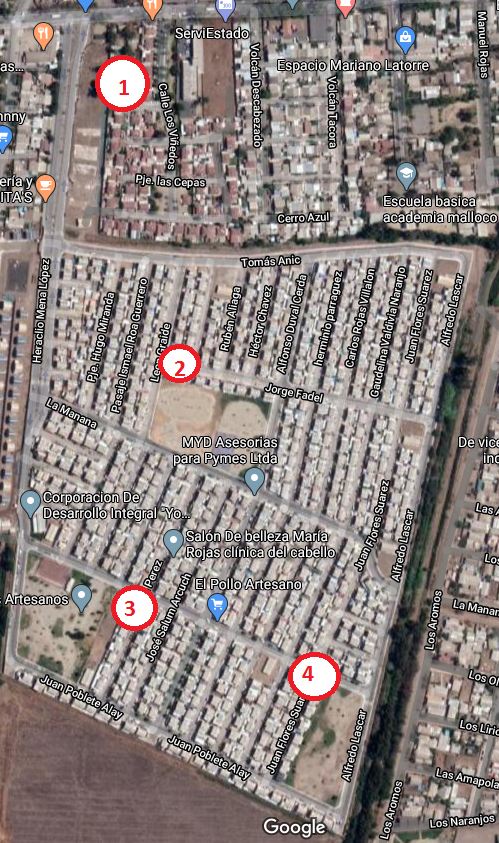 As you can see, this group of houses has only one street to enter and exit, and it also has only 3 parks.

2- "La Manana" Park (which is divided into 2 by having 2 administrators). 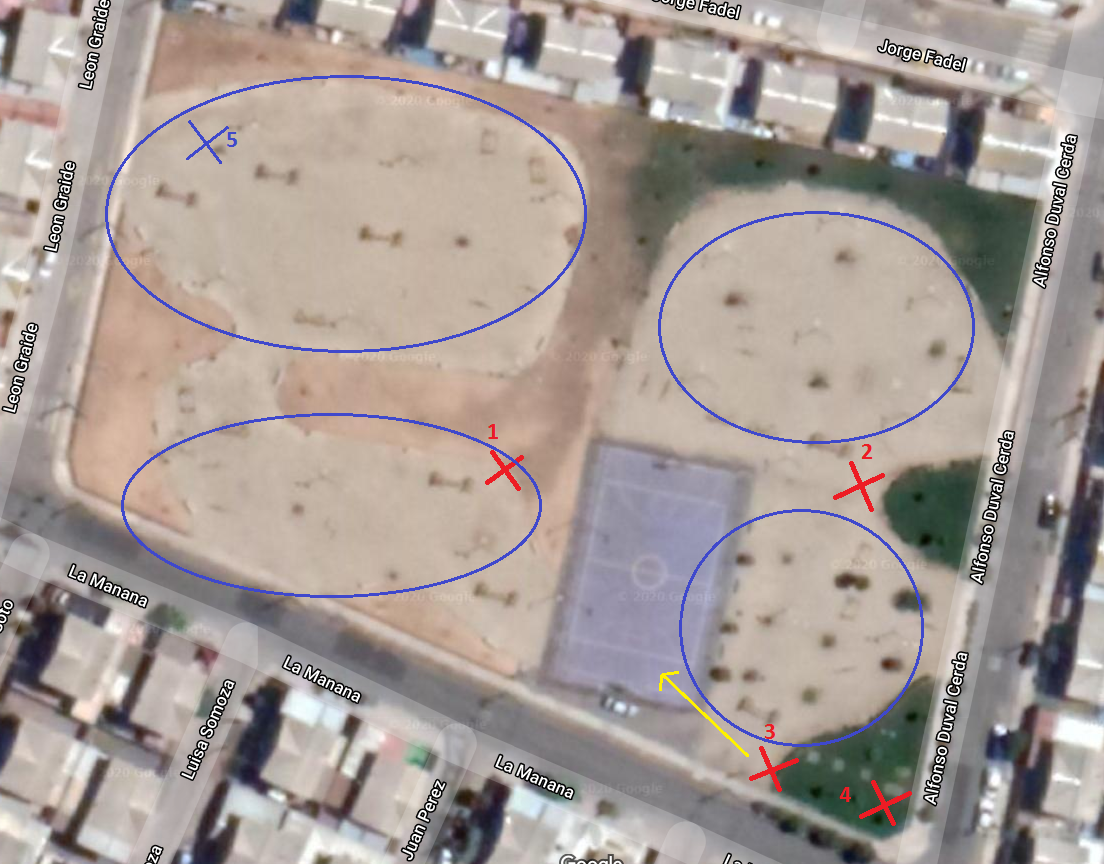 In the park "La Manana" there are currently only 4 portals, since an agent asked to eliminate the others, these are:

As you can see, all the portals are on the Alfonso Duval Cerda street side, in fact, see that the court portal (3) is not on the court.

The portal called "Plaza Los Artesanos" should be in the middle of the park, however, it is in one corner, along with the others.

I ask, is this fair?

Especially since we made more nominations, they were accepted and have now been deleted.

We had managed "Juegos de madera 2" to have something on the Leon Graide street side, but they marked it as a duplicate of the other portal.

If you look at the map, I marked 4 sub-zones, the same map shows us that they are distant from each other, groups of games that even so, are not next to each other.

(separate detail, the game has not yet updated the new streets that Google Maps already updated).

So this square looks like this in the games, as in the following images (and yes, I play Pokemon Go, Ingress and Wizard Unite): 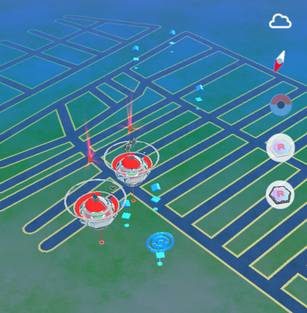 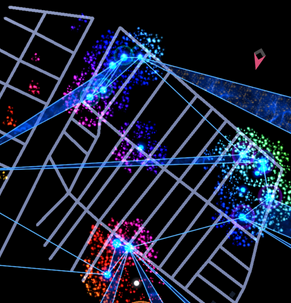 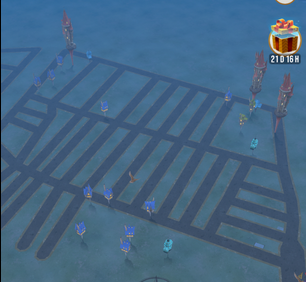 if you notice, in Wizard Unite, the portals are not removed, they are maintained, despite the fact that the other two games are no longer there, WHY DON'T YOU DO THIS WITH INGRESS AND POKEMON GO ?? !!

If the game were as seen in the Wizard Unite screenshot, I would not be here writing, I would be playing ...

To summarize, where does it say or what is the policy to know when you can apply for a game portal or when not?