To long, didn't read: how far is too far away from the building?

Okay, I really want to get this building into the game but the trouble is it's owned by Camellia plc (a private business who doesn't let people get up close). I understand a Wayspot can be accessible to even just one lone player and still be valid, as long as it's not on private residential property (which this isn't).

I want to have the Wayspot at the gates to the estate (where the public footpath is) because if the Wayspot is on the building itself, members of the public won't be able to reach it without trespassing. This building is really historically significant, possibly even of national importance.

Lack of space to write an adequate description is really making me angry because there's so much history here!!!! Should have posted that question in AMA.

Here is where the marker is in relation to the building: 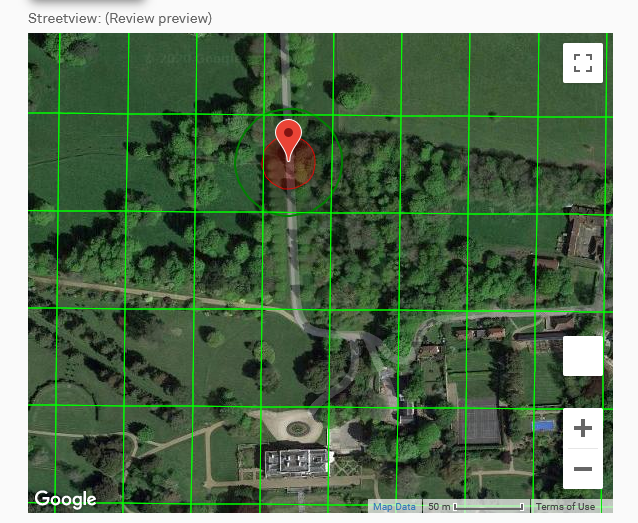 There is precedent for having a Wayspot at the entrance gates to a building, as seen with my earlier submission (and you can see where I poked the camera through the gates): 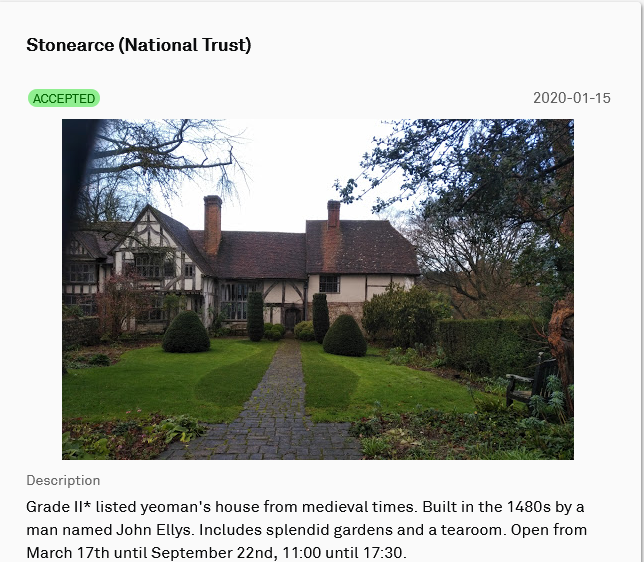 We see this again with the Archbishop's Palace Wayspot, which is on the perimeter path instead of on the building itself:

So my question is: How far is too far from the main building?

Somebody is likely to move my marker, aren't they? That's a ridiculously long drive way after all.