Why is this nomination rejected ?

My nomination was rejected, but I don't understand why? It's a typical Play ground in the yard. There are no people at the photo. 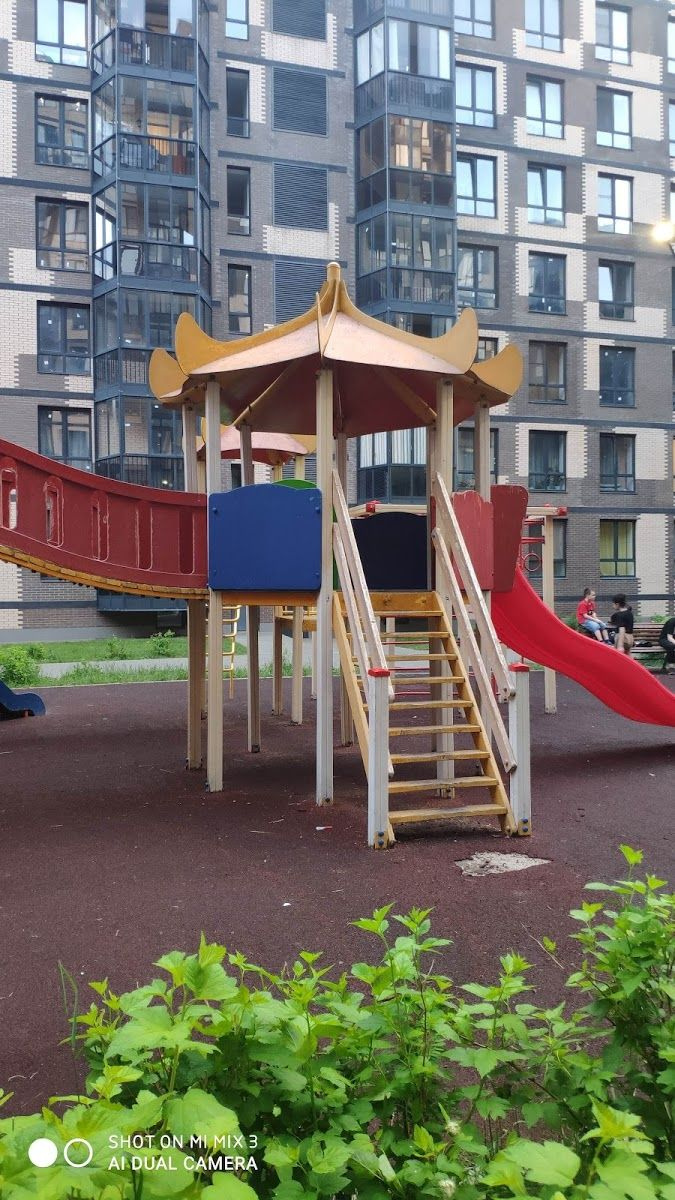 Is it because of inscription in the bottom? But it's automatically at my Phone, even in PoGo App😢