The following Facebook post was shared with me (screenshot of the post), of a friend of a friend who likes history. It may not look like much, however these are apparently of monumental historical importance. I've been informed there are a few of these around the village, mostly along public footpaths. Article about the Barrage Balloon Squadrons: 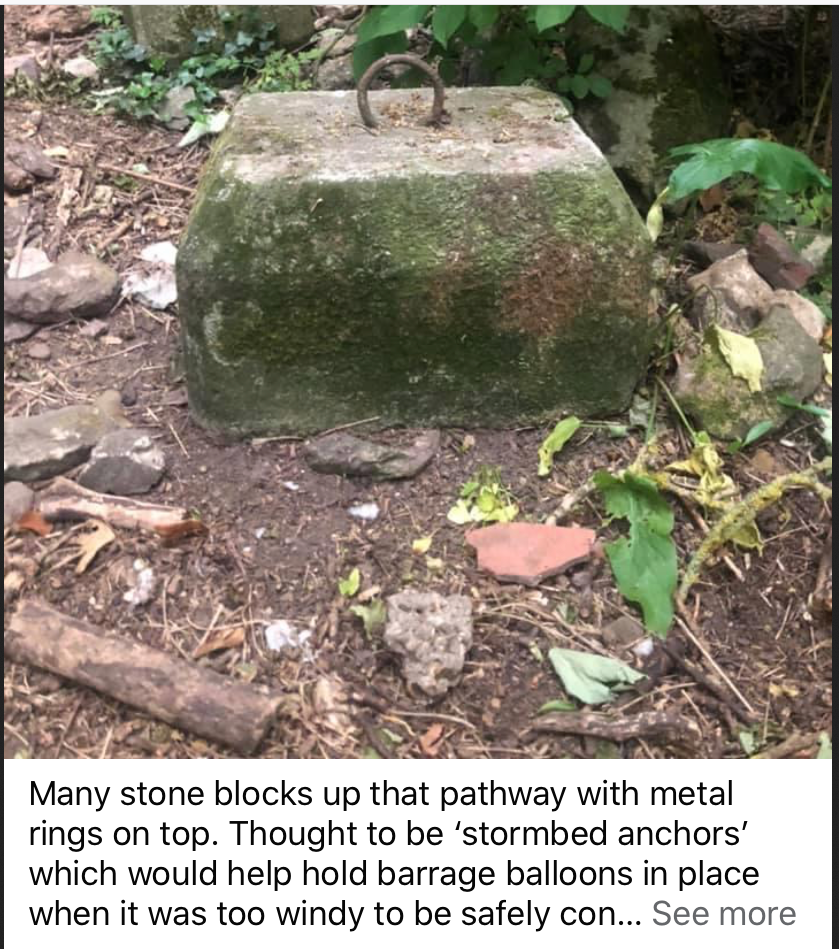