Are containers for clothes acceptable? 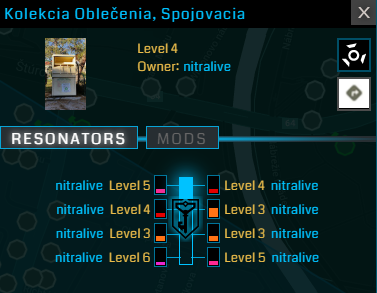 Hi, I was reviewing one of these wayspots (I rejected it due to being generic mass produced containers) and later, when I visited the city, I found out, there are quite many of them as Wayspots (not a majority, there are plenty other stuff I consider as eligible). Those are containers for dontaing clothers and are pretty common in major cities and less common in rural areas, but I haven't seen these kind of Wayspots elsewhere.

I personally don't mind them as a player (I don't play there), but I don't want to hurt my rating for rejecting something, which may be eligible.

Sorry for low resulotion screenshots (I used Ingress intel map) and thanks in advance.