I would like to ask clarification about the 50 years old rule that we can found on the help section of Pokémon GO and Ingress. 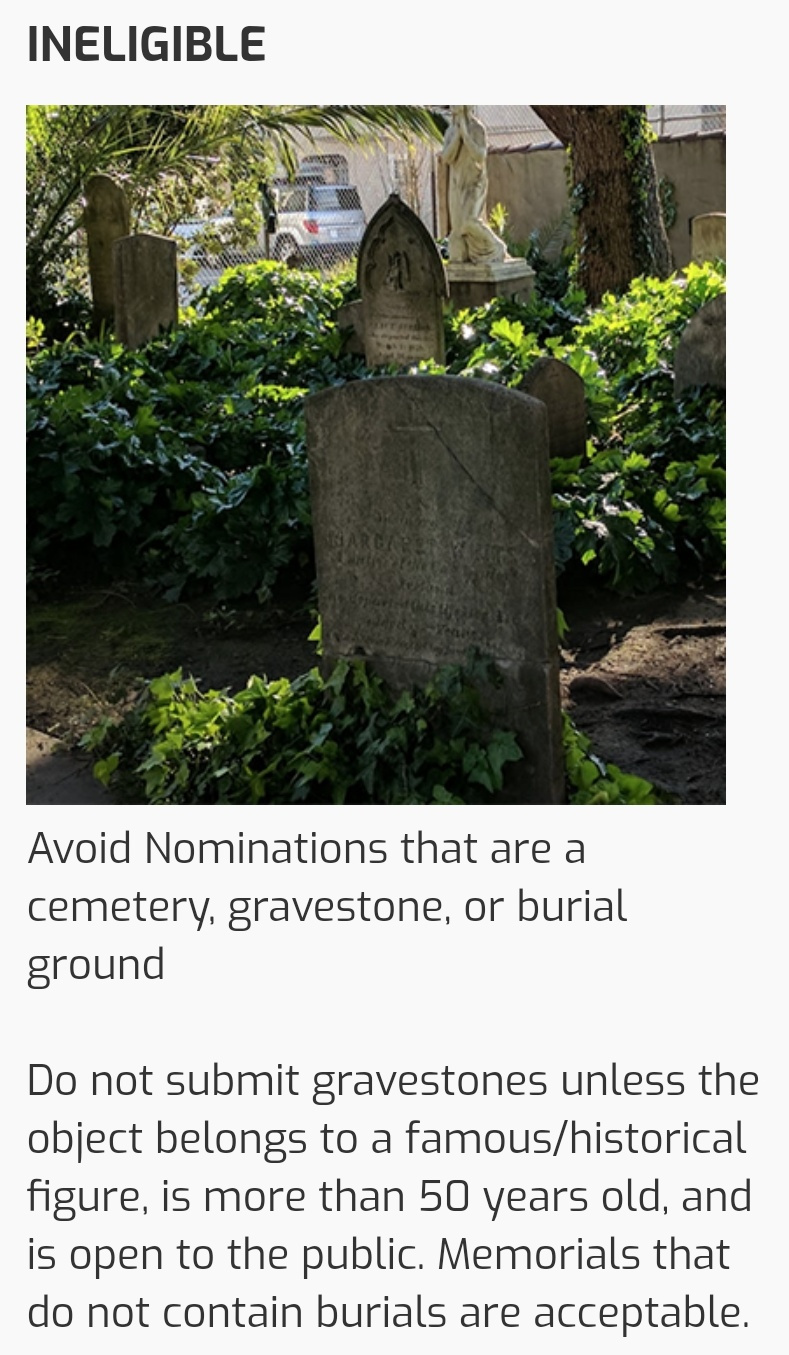 But on Wayfarer help the 50 years rule is no longer mentioned and we found that Elvis (died in 1977) tombstone is eligible.

So which rule to apply? And an official answer might help a lot of communities where this debate is held.