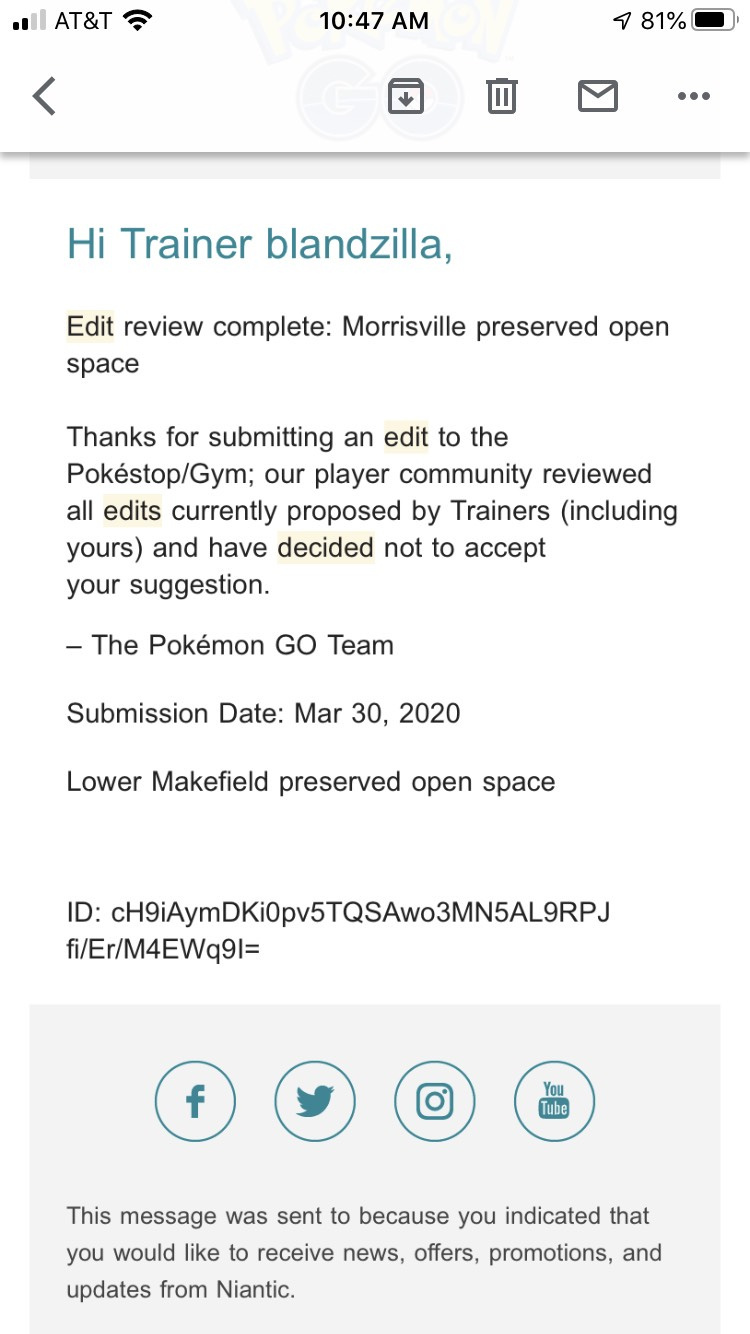 This is listed as Morrisville when the photo clearly states Lower Makefield. It's on the border, but it's clearly outside of town. The sign in the portal has the municipality name on it, and twice it's been denied.